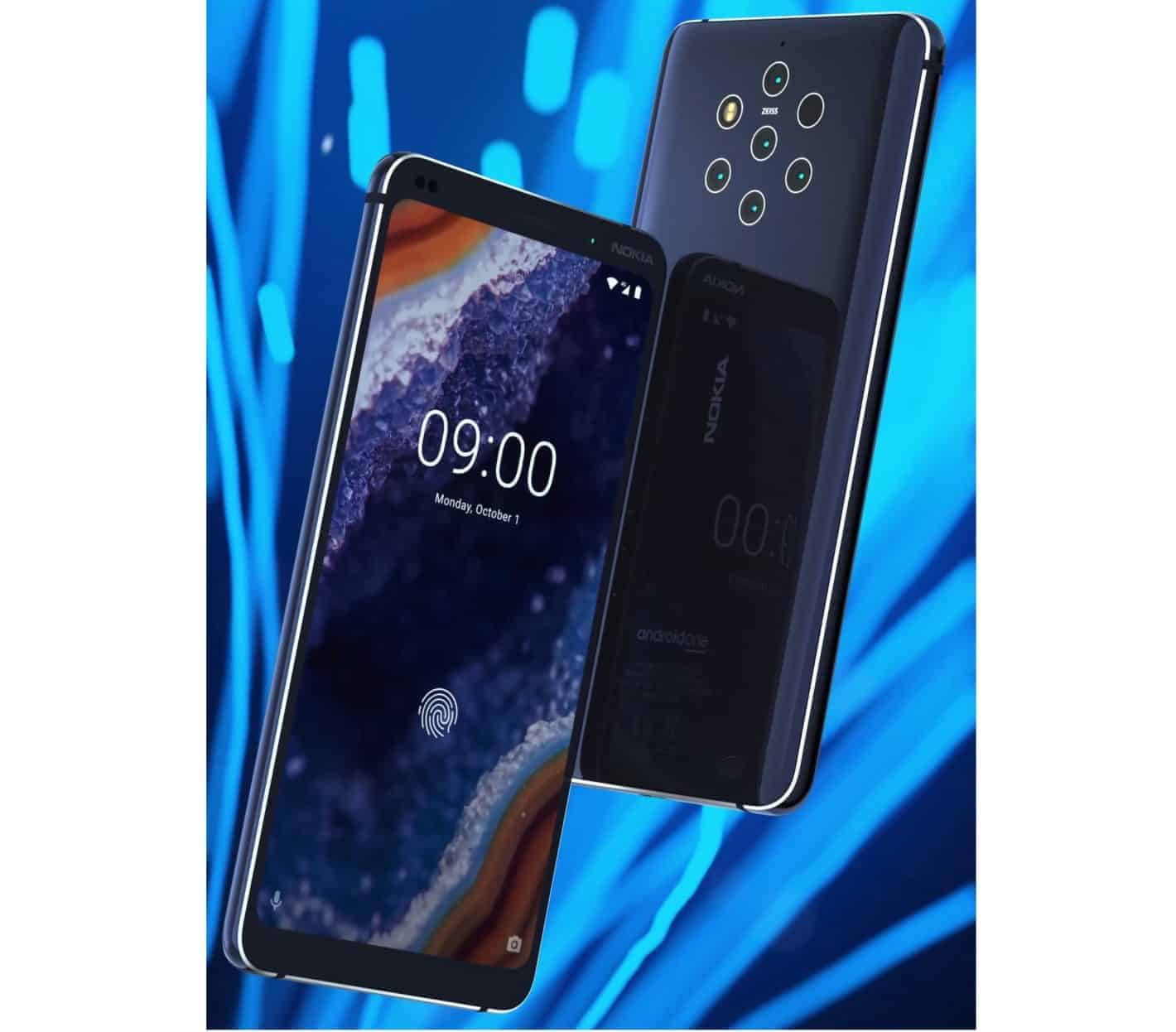 The Nokia 9 PureView renders have been popping up for a while now, and it seems like those renders were quite accurate, at least according to Evan Blass aka @evleaks. The tipster has just shared an image of the Nokia 9 PureView, and by doing that, he more or less confirmed what we’ve seen thus far. Mr. Blass is usually very accurate when it comes to leaking smartphones, he has a great track record, and quite frankly I’m quite confident his info is accurate when it comes to this smartphone. This image shows us most of the design of the Nokia 9 PureView, so let’s see what to expect, shall we.

First and foremost, it’s worth noting that the phone is made out of metal, at least based on the looks of it. The phone’s back side is curved on the sides, which is quite obvious in the provided image. You will notice Nokia’s logo both on the back of the smartphone, and in the top-right corner of its front side, above the display. The most interesting part of this smartphone, arguably, are its cameras, as there are five of them on the back, but as you can see, there are seven “rings” included back there. Well, two of those rings are not reserved for cameras, the top-left ring is there for an LED flash, while the top-right one is reserved for some sort of a dual sensor, at least based on previous info. A noise-canceling microphone will be included right above the phone’s penta camera setup on the back, while you will notice that the device does not have any physical keys on the left, because all of them are included on the right, including its power / lock, volume up, and volume down buttons, though, unfortunately, you cannot see those in the provided image. A keen eye will also spot the “Android One” branding on the back of the phone, though that’s not a surprise, as Nokia committed to releasing Android One devices earlier this year, so pretty much every phone that it announces is a part of the Android One project.

Now, if we flip the phone around, you will be able to see its front side, and you’ll immediately notice that the phone does not have a display notch, nor a display hole of any kind, which will be a huge plus for some people, and may even be a great call by HMD Global. The phone’s display sports rounded corners, while the phone does include top and bottom bezels which are thicker than on most flagship phones out there, but in the general sense, they’re not thick at all. There are seemingly two front-facing cameras included on this phone, and those cameras are located in the top-left corner of the phone’s front side. In the top-right corner you’ll find the aforementioned logo, and an LED notification light, it seems. The phone’s frame is clearly made out of metal, and you will notice a fingerprint icon on the phone’s display, while there is no visible fingerprint scanner on the device, that’s probably because its fingerprint scanner is located under the display, as is the case with the Huawei Mate 20 Pro and OnePlus 6T, for example.

Will It Become Official Soon?

The Nokia 9 PureView has been postponed a number of times thus far, at least based on reports. The phone was originally expected to arrive back in September, as the Nokia 8 arrived in September 2017, but that did not happen, obviously. Initial reports stated that HMD Global’s Chief Product Officer, Juho Sarvikas, did not think that the phone is ready to be announced, and in the meantime, HMD Global acquired rights to use PureView technology and branding from Microsoft, which probably postponed the launch of the device even further. The latest info claims that the phone has been postponed due to camera issues, and that it is expected to arrive at the end of January, after CES, which suggests that the company will host a separate event just to announce its flagship. An exact date has not been shared just yet, but if the provided info is accurate, we’ll probably get more information soon, along with HMD Global’s confirmation of the upcoming event.