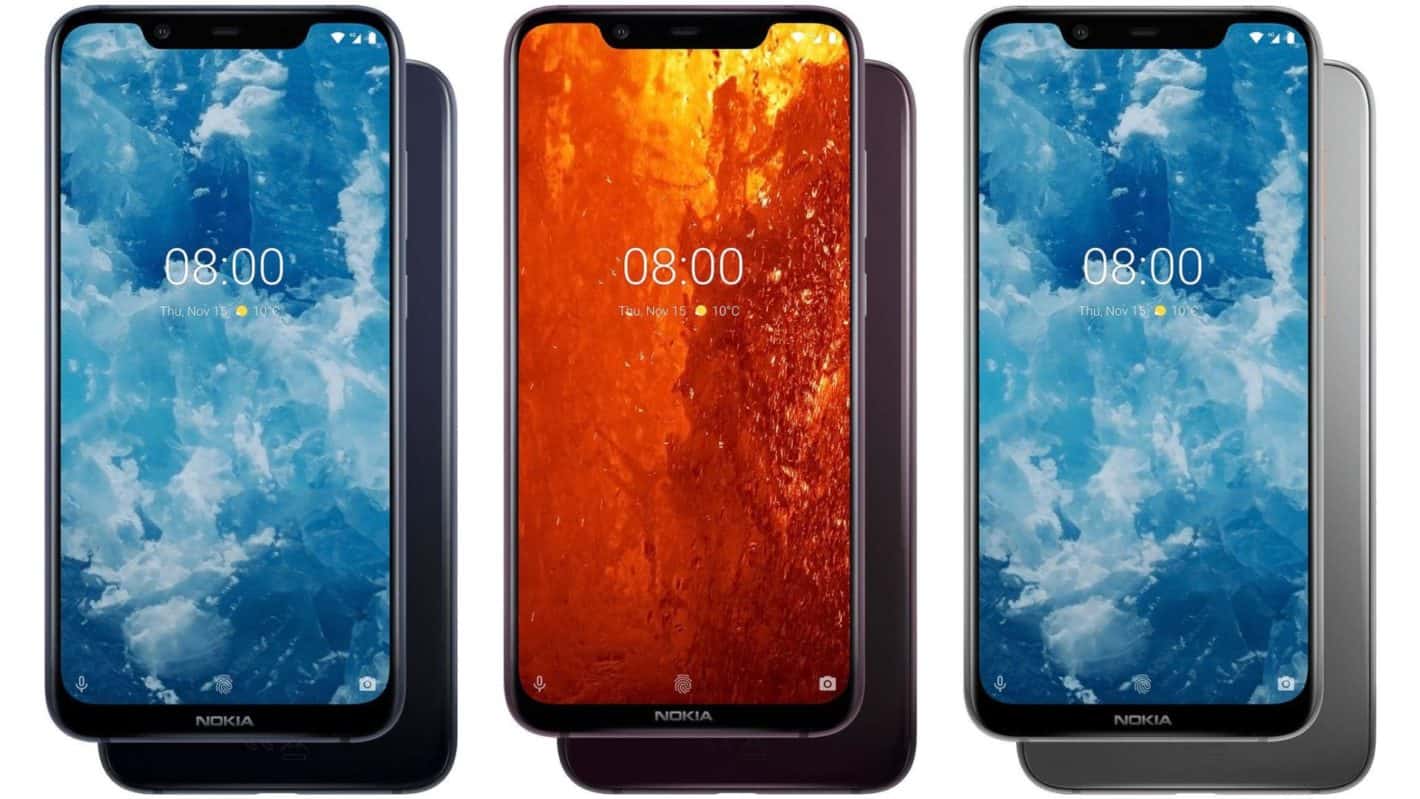 HMD Global officially took the wraps off of the Nokia 8.1 on December 5, revealing a high-value Android One gadget featuring ZEISS Optics-built cameras with OIS, HDR 10 support, Android 9 Pie, and more. The lead-up to launch has seen a fair share of leaks and speculation, which have turned out mostly accurate. Set to start at a global average cost of just under $453 in mid-December, the camera hardware is the big show-stopping feature for the new Android One handset. That’s rounded out by well-balanced hardware and design encased in a premium build that could add up to make the Nokia 8.1 among the best mid-range options available.

The Nokia 8.1 is designed around an extruded 6000-series aluminum frame with a diecast center that’s been wrapped on either side by 2.5D Gorilla Glass. HMD Global says there’s less than the width of a hair between the two premium materials. The curved panels and polished dual anodized metal feature diamond-cut edging come in three separate two-tone color configurations including Blue on Silver, Steel on Copper, and Iron on Steel. On the rear of the device, two camera sensors work in tandem offset by a forward-facing snapper just above the display, nestled in a wide notch. That notch is offset by a similarly tall chin, which actually works to make the much-hated feature less obtrusive while the smooth curves and camera arrangement give the Nokia 8.1 a very familiar look from the back panel. Volume rockers and power button are cut from the same materials as the edgework and are placed on the right-hand side of the smartphone. In terms of overall size, the 6.18-inch handset measures in at 154.8 x 75.76mm by just 7.97mm thin with a weight of 180 grams.

Respectable Specs To Match The Price

The internal specifications for the Nokia 8.1 are not quite at a flagship level but match up nicely with the overall design and features that will be discussed later on. To begin with, the new handset is powered by a relatively recent 10nm octa-core Snapdragon 710 clocked at up to 2.2GHz on two cores with six more clocked at a more efficient 1.7GHz. That chipset is also driven by a ‘multi-core AI Engine for better efficiency, allowing it to be better than the Snapdragon 660 found in the Nokia 7 by around 20-percent on the performance side 35-percent on the graphics side. Backing that up is 4GB of LPDDR4x RAM and 64GB of expandable storage up to 400GB via microSD card. A 3,500 mAh battery compatible with 18W fast charging and powered via USB Type-C 2.0 drives that package. Network connectivity is provided at LTE Cat. 6 speeds with VoLTE and VoWiFi enabled. Bluetooth 5.0 is included for local linking while Wi-Fi 802.11 b/g/n/ac is available when mobile data isn’t the preferred connection method. GPS, GLONASS, and Beidou ensure that location tracking is accurate regardless of where the Nokia 8.1 is used.

For audio, the Nokia 8.1 features a single speaker powered by a ‘smart amplifier’ and comes with a 3.5mm audio jack. The mics are enhanced by Nokia OZO surround sound capture to accent the handset’s premium cameras. The primary of those is comprised of dual sensor array bearing ZEISS Optics-branding. That’s a 12-megapixel coupled with a fixed-focus 13-megapixel sensor. A dual ‘Hi-Cri’ flash sits off to the left of those when viewed from behind. On the front-facing side, the selfie camera is an adaptive 20-megapixel snapper with a fixed focus and 0.9um pixel size. The edge-to-edge 6.18-inch display panel found just beneath and to either side of that sensor is set at an aspect ratio of 18.7:9 and a fullHD+ resolution with PureDisplay technology. That means it can both support HDR 10 and upscale SDR content to HDR.

Nokia has been using camera optics provided by Germany’s ZEISS for quite some time and the Nokia 8.1 isn’t breaking with that tradition. This time around, the OEM has gone with a wide aperture 12-megapixel 1/2.55-inch sensor with 1.4-micron pixels allowing for better capture in low-light circumstances and backed by optical image stabilization (OIS) and dual pixel technology. OIS ensures that final images and videos don’t appear blurry while 2PD assists in phase detection and autofocus. The secondary fixed-focus 13-megapixel sensor bumps the quality of shots further by enhancing shots that require a shallower depth-of-field such as portrait images with a ‘bokeh’ effect. On the opposite side of the handset, HMD has included a 20-megapixel adaptive camera that is capable of ‘combining four pixels into one super pixel’. In effect, the sensor allows finer control over how much light is captured and much better low-light selfie captures.

On the software side of the cameras, HMD says that the sensor array used for the Nokia 8.1 allows for longer exposures via manual settings in an enhanced “Pro Camera UI” mode. The device is also capable of snapping “Bothies” using both the front and rear cameras at the same time, with AI-driven “3D personas, masks, and filters that can be added even in live-streams without ever leaving the built-in application. Nokia’s OZO, takes things further still, enabling high-fidelity spatial audio capture alongside the up to 4K video recording capabilities. That means that sounds recorded with the Nokia 8.1 will play back with spatial context relevant to the viewer. For example, if a sound is coming from the left when it’s recorded using the device it will play back accurately through the left channel of the headphones or multi-speaker system on through which audio is played back

Software for the Nokia 8.1 is as close to 100-percent stock Android as possible thanks to its status as an ‘Android One’ device. That’s not surprising since the company announced earlier this year that all of its handsets would operate on either Android One or Android Go. But it does mean that buyers get access to all of the AI-driven features and other perks that come with its inclusion of Android 9 Pie out-of-the-box and that updates will be provided for two years for the firmware. Security updates will arrive regularly as well and the battery efficiency enhanced by Android’s Adaptive Battery tools. On the user-interface side of things, App Actions built into the OS ensure that users are offered up suggested apps and actions based on their use history and other factors. Meanwhile, Google Assistant can be used in conjunction with the aforementioned “Bothie” feature through voice commands, even during live-streaming. HMD has taken the security features are taken a bit further as well through certification in Google’s Android Enterprise Recommended program, ensuring that its secure enough for professional business use.

Thanks to Adaptive Battery and the use of Qualcomm’s high-efficiency Snapdragon 710 chipset, the Nokia 8.1 is able to claim up to 2-days of use between charges. That’s claimed to have been tested under real-world circumstances including video streaming, mobile gaming, calls and messaging, and the use of other apps. The testing was likely conducted with a battery of power-saving features and settings activated but still should equate to a respectable, if not groundbreaking screen-on time on average. No recharging time is listed but the inclusion of 18-watt fast charging should keep the time users need to leave the device plugged in at a bare minimum.

HMD Global hasn’t provided full details with regard to the exact release date and availability for the Nokia 8.1 for the time being. However, it is expecting to launch the device to market at the above-mentioned retail cost of $453 — approximately €399 — at some point closer to the middle of December. Pricing is given by the company as a “global” average and that should also mean relatively widespread availability for consumers interested in picking one up. That’s a fairly moderate price for the features and specs of the handset compared to other handsets that are similarly equipped and around $100 more affordable than the Nokia 8. 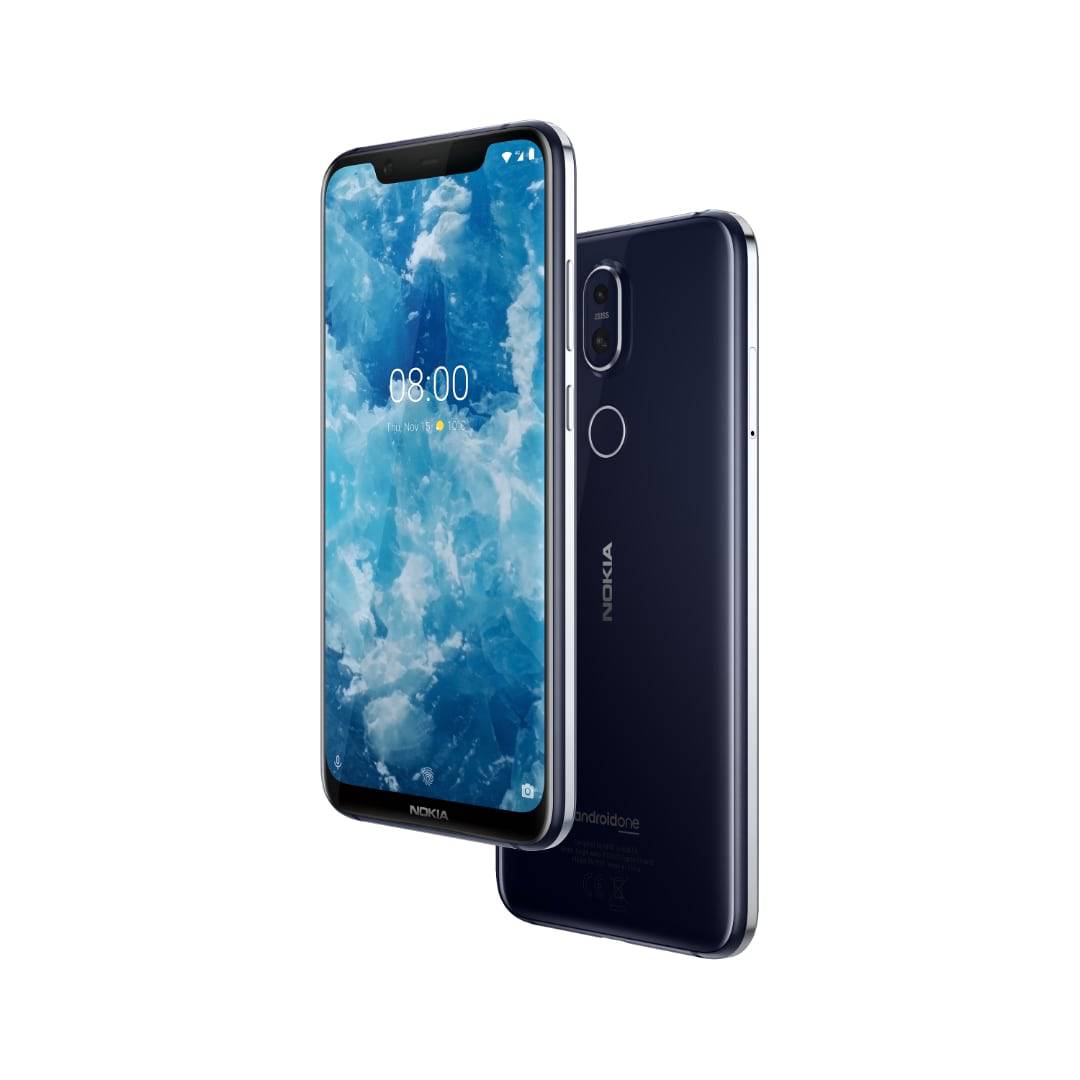 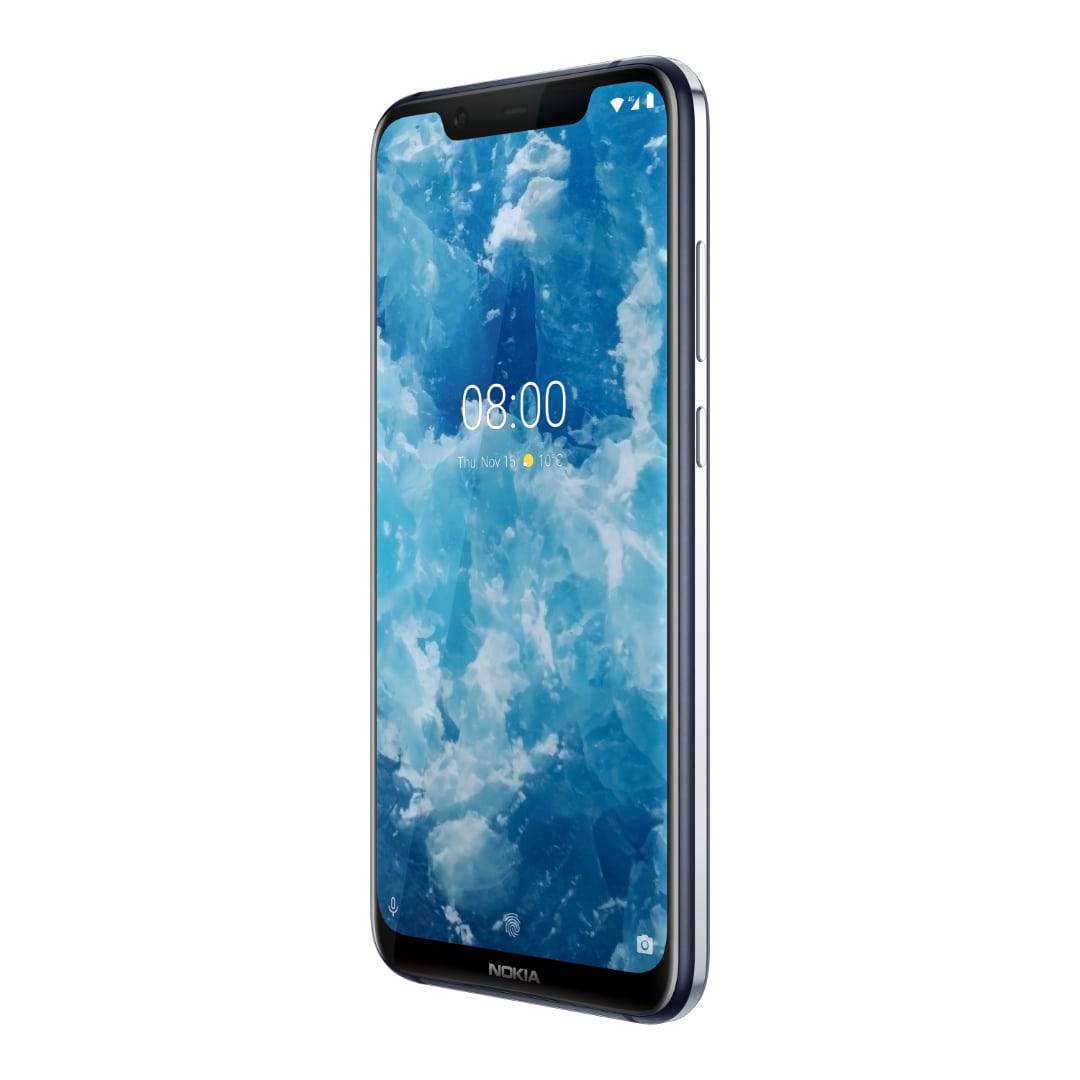 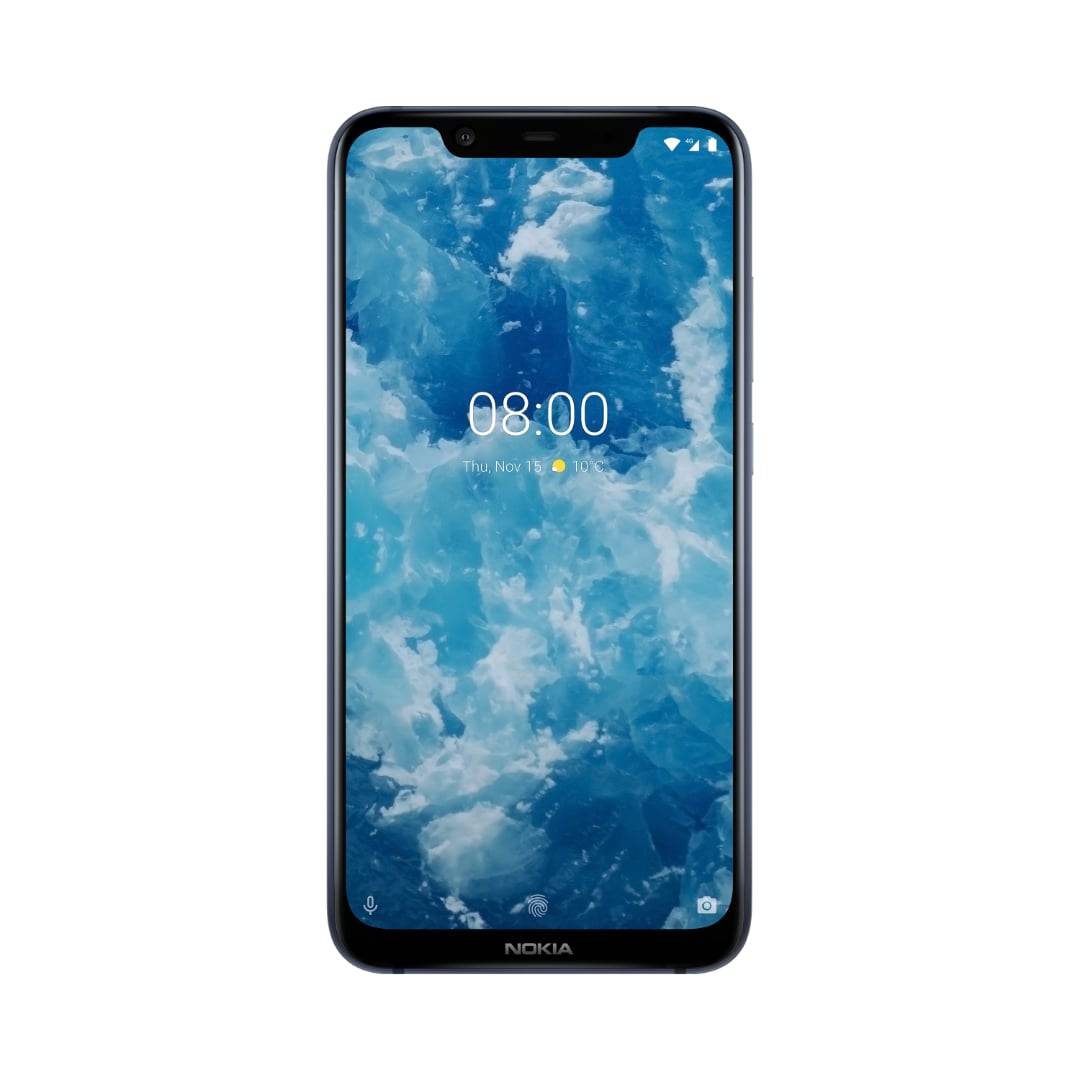 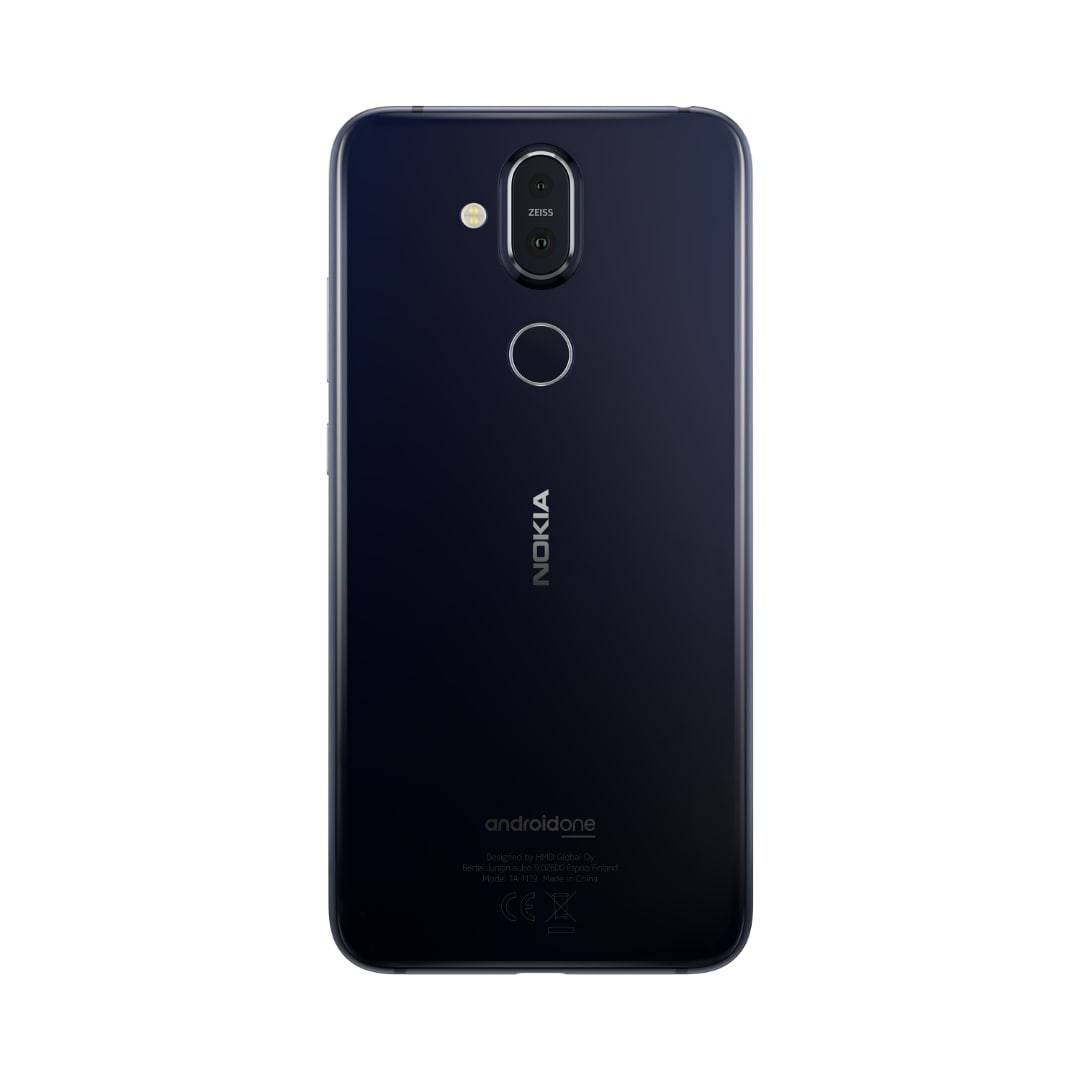 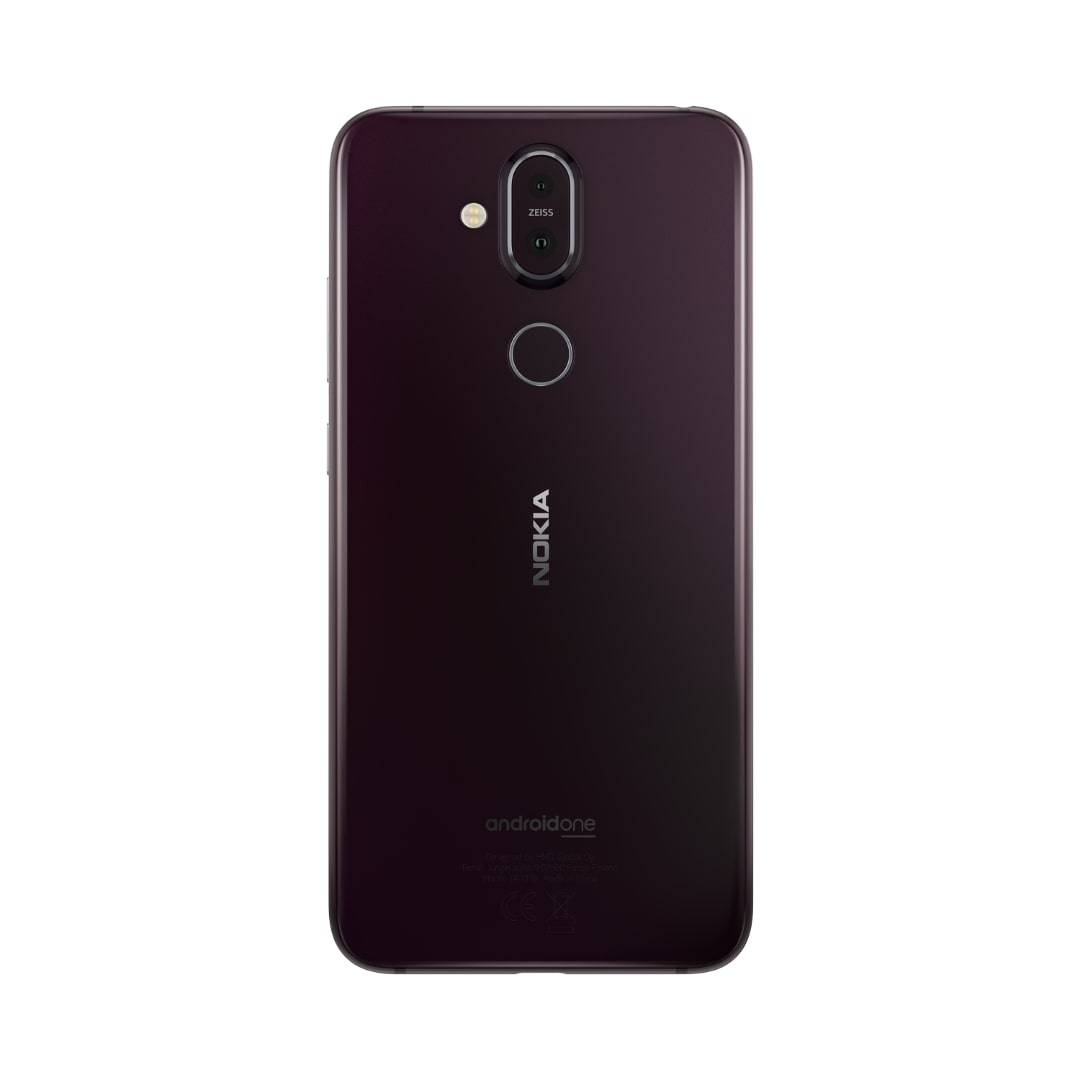 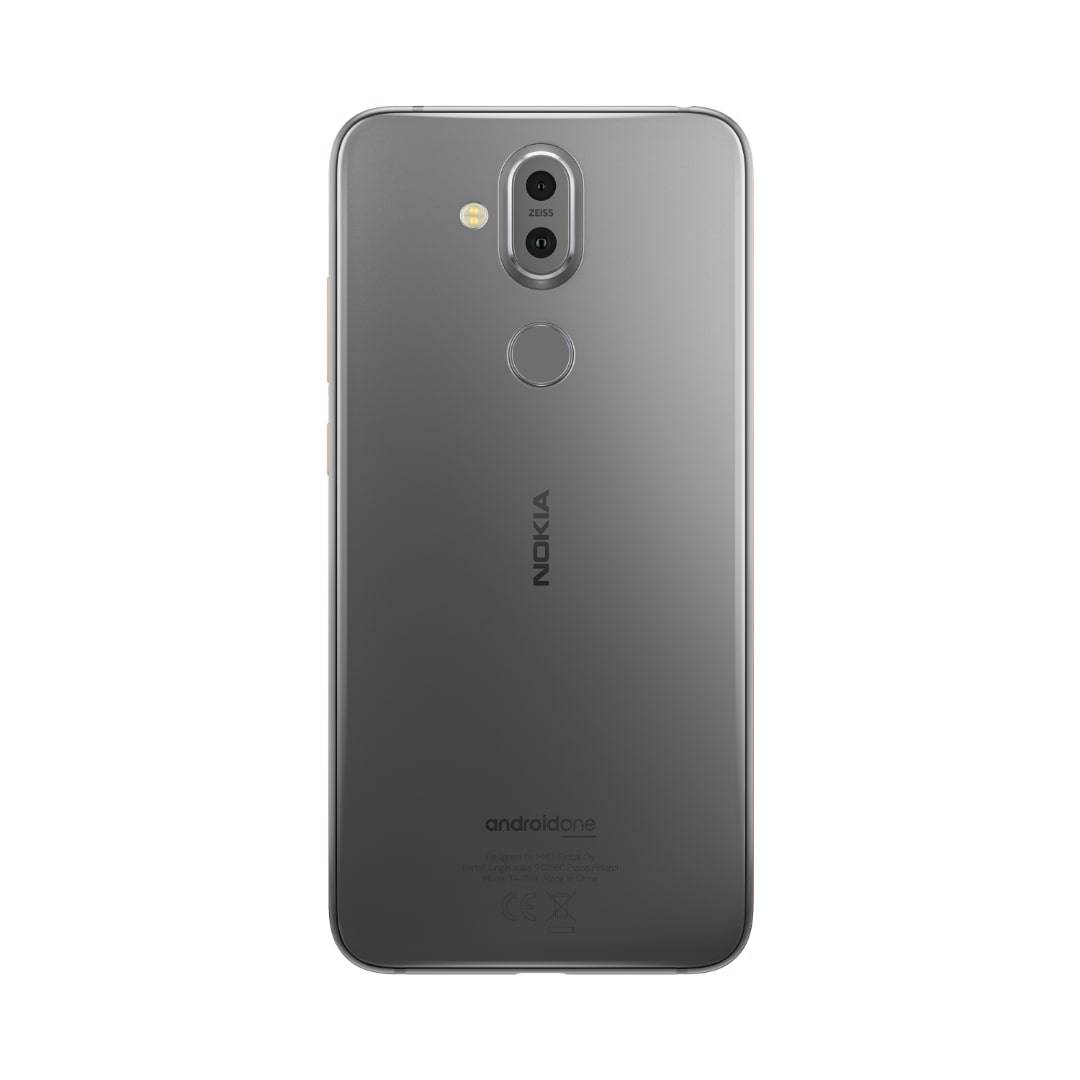