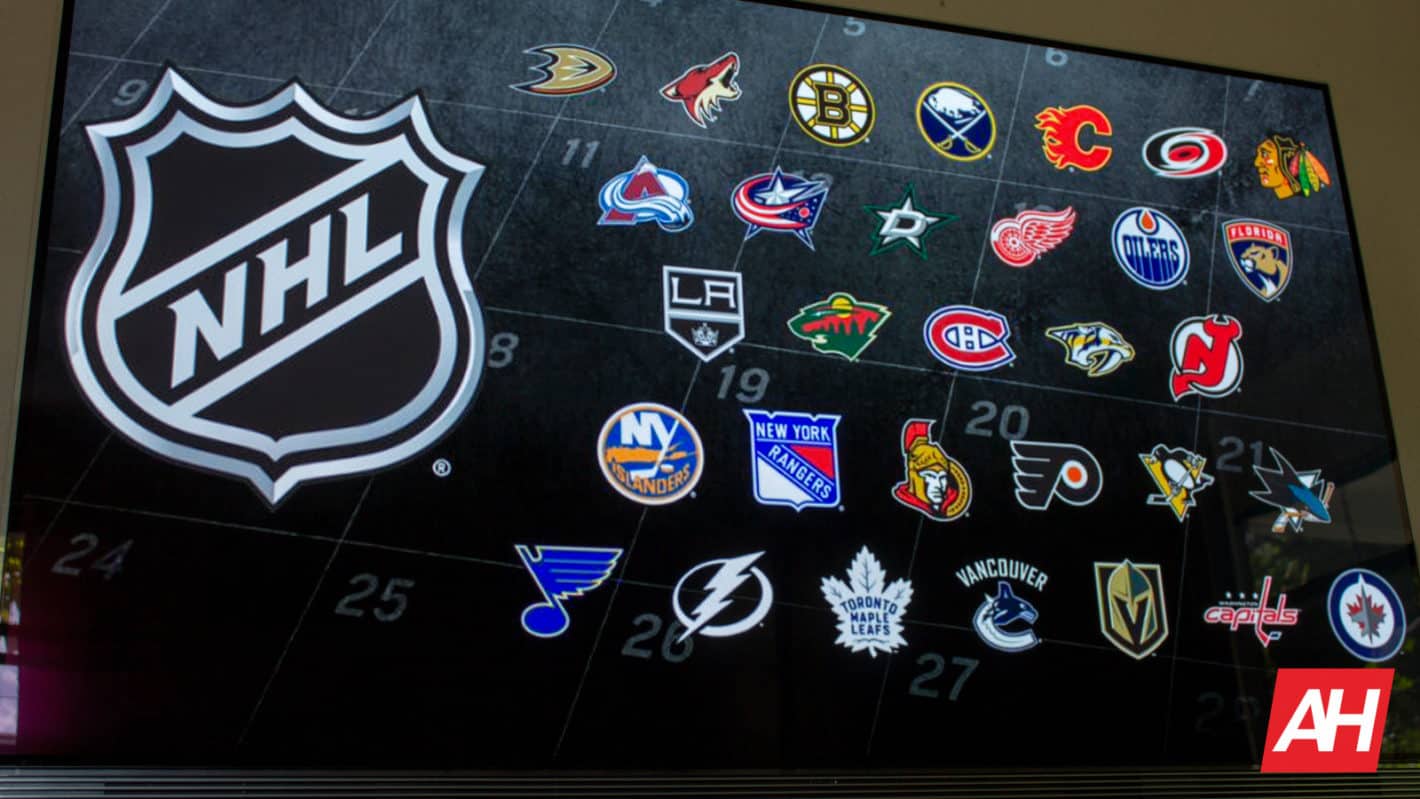 The time has come hockey fans as the official NHL app has now been updated to include Android TV support. This is the same app that is already available to Android smartphone owners and so current users of the app will know exactly what to expect – besides the newly added Android TV support, nothing else seems to be different with the updated version (listed as available December 19). The NHL app is free to download from the Google Play Store, although those hoping to make full use of the features and benefits will likely want to ensure they have an active NHL.TV subscription as well.

One of the main advantages of the NHL app is the option to watch live games as and when they happen (or catch up on them later via on-demand) and at 60 frames per second (fps) in HD resolution. However it is important to note the app only really provides access to out-of-market games, and so if a game is due to be broadcast on a network in your area, access to that game will be blacked out through this app.

Live games aside, users of the app will still have access to all the usual trappings included with a sports-focused service such as this, including the ability to catch up on team news, follow along with games as they play out in real-time, stats, watch highlights, and even customize the app experience to showcase content from your favorite NHL team over other teams.

With sports being as popular as it is, and in particular the NHL in the US, it's no surprise the official NHL app seems to have embraced streaming more than others. As with the inclusion of Android TV support, this is now a service that transcends platforms. In fact, in comparison to virtually every other platform, the Android TV support has arrived surprisingly late as this is effectively the last of the main streaming platform options to gain its support. For example, Amazon's Fire TV platform got its support for the same app back in March of this year. So while this is likely to be considered long overdue for those who follow the hockey season and are frequent users of an Android TV device, late is better than never.

Undoubtedly, if you have an active NHL.TV subscription you will enjoy a much richer experience with this app overall as a majority of the main features, including the out-of-market live access is dependent on a subscription. In addition to simply accessing the live feed, you'll also be able to choose between home and away commentary, and even view the action from different angles. NHL.TV subscriptions are also cross-platform supported, so if you already have one you'll just need to sign in with your account when launching the app for the first time and you'll be good to go.

For those new to NHL.TV in general, a full season's subscription will set you back $140 although as this season is currently well underway now you can currently save $40 by picking up a subscription at the reduced $99 price and this will keep you covered through until the end of this season. Alternatively, you can opt to subscribe on a monthly basis with this route coming in at $24.99 per month. It's also worth noting that NHL.TV subscribers automatically gain NHL Premium status which in turn provides access to even more additional benefits through the app, including ad-free viewing. This represents an additional $2.99 saving each month so is worth taking advantage of, if eligible.

Hockey fans who don't have a subscription will still benefit from downloading the app as it does provide streamlined access to additional content that might prove a little harder to otherwise find, and for free. For example, you can keep up to date on all the standings and scores, as well as watch various short video clips, shorts and highlights. The app also provides access to 'classic games' in full and these, along with the rest of the free features don't require you to sign into the app or even create an account. And yes, for those wondering, you do have the option to tell the app to hide scores for your team to avoid spoilers. Those interested can download the app through the link below and send it to their Android TV device, or just search for "NHL" through the Android TV version of the Google Play Store app.

Download NHL App - Google Play Store
Advertisement
Trusted By Millions
Independent, Expert Android News You Can Trust, Since 2010
Publishing More Android Than Anyone Else
0
Today
186
This Week
106
This Month
4093
This Year
105570
All Time
Advertisement