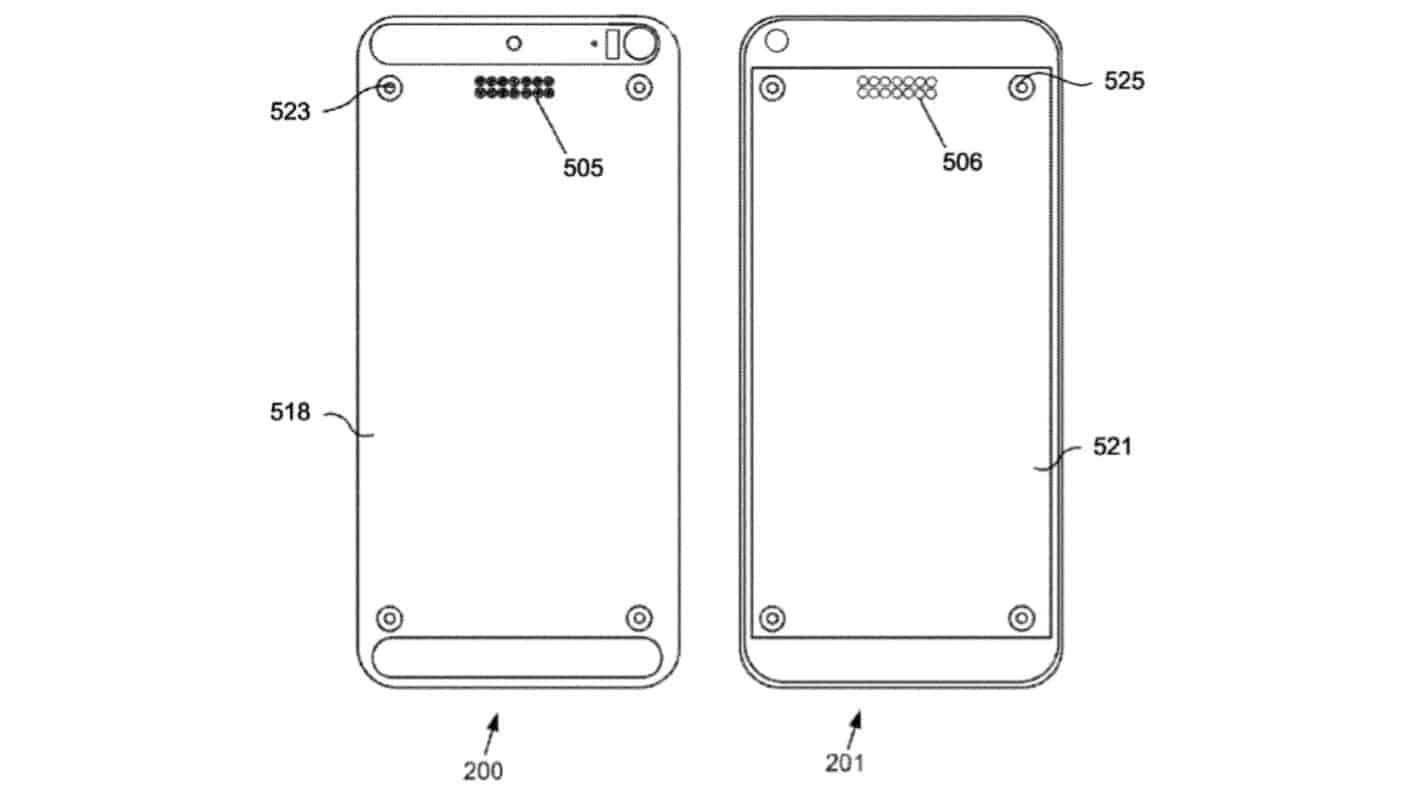 Motorola is considering a new method and design for docking its Moto Mods for Moto-branded handsets, according to intellectual property documentation reviewed by Android Headlines. The design differs from the current run of Moto Mods in that it first attaches physically to the base handset and appears to replace the entire back panel. Once connected, the smartphone and accessory are paired using a wired connection. That’s used to establish a ‘wireless connection’ with the base portion — comprised of the handset itself — then ‘detecting’ that the two have been disconnected physically before continuing to communicate wirelessly. Delving deeper into that wireless connection, for one figure Motorola has described the connection as taking place over Bluetooth, while another discusses a more completely detached Wi-Fi connection.

Background: Moto Mods have been around since at least 2016 and are effectively modular attachments that cover the back of a smartphone, adding new functionality or extending current features. For example, the company announced two new mods at CES 2018 that were intended to make tracking health metrics and typic easier, respectively. The first of those, the Lenovo Vital Moto Mod, was designed to help track respiratory rate, Pulse Oxygen levels, core body temperature, and both systolic and diastolic blood pressure directly from a reading taken from the user’s fingertip. The second, a more straightforward attachable slide-out keyboard called the ‘Livermorium Slider Keyboard Moto Mod’ was later canceled in September. The company had promised to support Moto Mods through at least the Moto Z3 at the time the concept was initially announced.

Motorola reportedly affirmed as early as August that it would continue to make them, possibly in an attempt to stave off reports that the entire enterprise was being dropped. Many had postulated that Motorola would discontinue the concept even before that cancellation. No new mods have been announced following that since those are usually unveiled alongside new handsets. The now Lenovo-owned company has previously released add-ons to extend battery life, improve camera performance, make mobile gaming easier with a dedicated controller, and for speaker improvements, among other things. The new patent for Moto Mods, if Lenovo’s  Motorola Mobility division decides to make use of it, extends that functionality quite a bit. The ability to connect and stay connected wirelessly, according to the associated documents, would enable Mods to be slipped off and on more readily without the user having to worry about waiting on those to sync up.

Impact: The overall goal expressed in the newly sighted patent is to vastly improve various characteristics of previous Moto Mods but while allowing a reduced overall device profile since those don’t need to stay connected. Summarily, it centers around convenience. Audio, radio, TV and camera capabilities are explicitly listed, but it also isn’t difficult to imagine new Mods built on the patented platform going much further. Wireless connectivity could lead to mods that are usable without ever attaching them to the device after the initial pairing. For example, a Mod that works similarly to Samsung’s full-desktop display-out accessory DeX might be workable under the new connection method. Remote controls for key features or a camera Mod that works when separated from the body wouldn’t be unfeasible either.