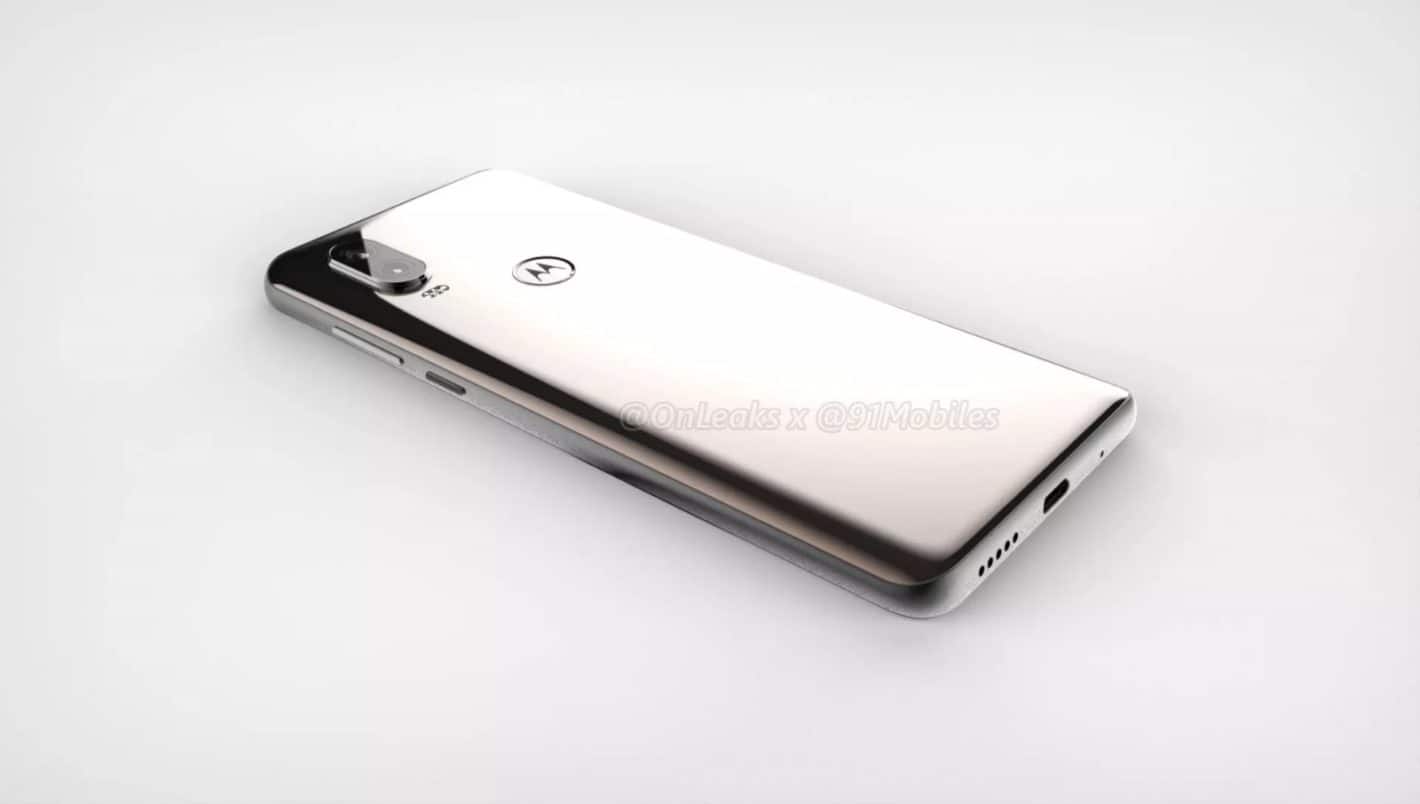 Motorola had introduced the Motorola P30 smartphone back in August this year, so only a couple of months ago, and now renders of the upcoming Motorola P40 have surfaced. These renders have been published by 91mobiles and OnLeaks, a collaboration that we’ve seen a number of times in the past, so it’s quite possible that these renders are spot on. These renders are presented in both images, and in a 360-degree video which has been uploaded on YouTube, so you can check out either one, you’ll get to see the device from pretty much all sides.

Having said that, you can see that the phone is made out of metal and glass, and that its back is curved on the sides. There are two vertically-aligned cameras included on the back of the device, in the top-left portion of the phone’s back. Right below those cameras, Motorola will include a dual-LED flash, while the company’s branding is present on the back as well, interestingly enough, Android One branding is also included here, hinting that this will be an Android One handset, more on that later. Two physical keys are set on the right-hand side of the device, while the phone’s display sports rounded corners. There is a “chin” below the display, and imprinted on it you’ll find Motorola’s branding as well. This phone does sport really thin bezels, but it also comes with a display camera hole, which is something we’re used to seeing lately, for better or worse. That display camera hole is included in the top-left corner of the phone’s display, and is not exactly tiny.

Now, the source did not really share much spec info when it comes to this phone, but we do get some info. The source mentions that the phone will sport a 6.2-inch display, while a SIM card tray will be included on the left-hand side of the phone. A Type-C port will sit on the bottom of the phone, along with a speaker grille, while you’ll also notice a microphone hole down there. The Motorola P40 will include a 3.5mm headphone jack, which is something that will probably pleasantly surprise those of you who still use wired headphones, as that’s always a nice addition, carrying around a dongle is not the solution, that’s for sure. The source also mentions that a 48-megapixel camera will be included on the back of the phone, and that it will be the phone’s primary sensor. The phone’s dimensions also got shared, as the phone is expected to measure 160.1 x 71.2 x 8.7, which suggests that the device will have a rather tall display aspect ratio, as it’s quite narrow despite the fact it has a 6.2-inch display.

The Motorola P30 did not ship with stock Android, it shipped with Android 8.0 Oreo and ZUI 4.0 skin on top of it, as it was not a global smartphone. Well, the Motorola P40 is looking to change that, as it will come with stock Android, and be a part of the Android One project, and that suggests that Motorola may be ready to bring this phone to global markets, and not keep it exclusive to Asia. Now, in terms of the design, these two phones are somewhat similar, both sport Motorola’s branding below the display, camera placement is similar, even though the design of those dual cameras on the back is different, thanks to a different placement of the LED flash. The back side is flatter on the P30, and the P30 sports a display notch, which is not the case with the P40. The Motorola P30 is a mid-range smartphone, a phone fueled by the Snapdragon 636, which suggests that the P40 will be a mid-ranger as well, though it will probably ship with the Snapdragon 710. The phone is expected to ship with Android 9 Pie out of the box, and a battery larger than 3,000mAh is also expected to make the cut, though we’re only guessing at this point. It is still unclear as to when will the Motorola P40 become official, as the Motorola P30 launched a couple of months ago, but considering that these renders already surfaced, chances are we will see the launch of this phone in early 2019.