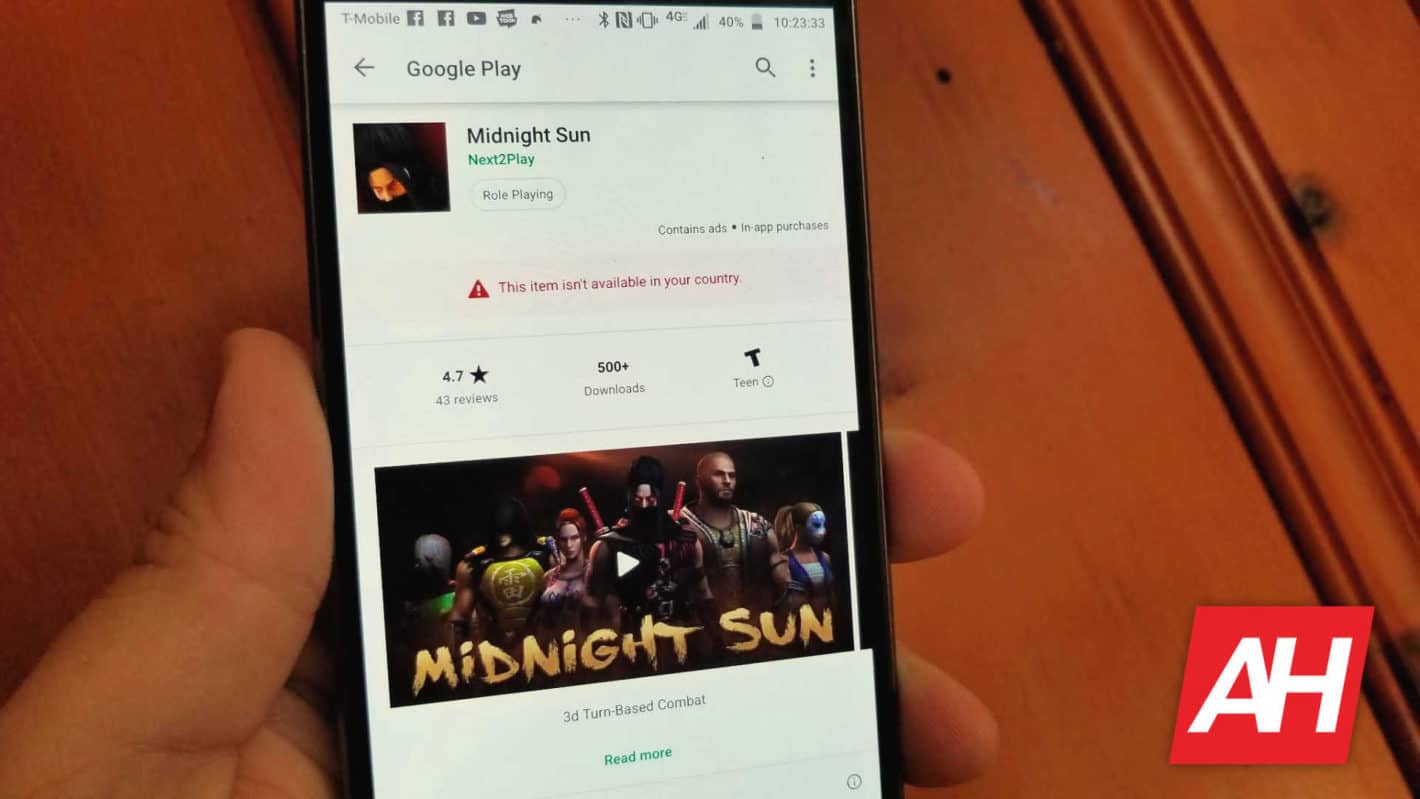 Fans of 2D fighting games have had to have strong reflexes and in-depth knowledge of what their favorite characters can do, but Midnight Sun blows all of that away with a formula that's similar to Power Rangers: Legacy Wars, but even more methodical in that it's turn-based and there are heavy RPG elements. You'll choose from one of a wide variety of characters, customize what techniques they have available, change up their stats with natural growth, equipment, and special accessories, then engage in turn-based battles where planning, quick thinking and a bit of luck will take you much further than quick reflexes and great memory. The best way to describe this one is essentially the dueling mini-game in Harry Potter: Hogwarts Mystery, absent the rock-paper-scissors element. The game is currently in a global soft launch, so if it's not available in your country via the Google Play link below, try back in a few days or weeks.

Background: The game is still awaiting translation in a lot of languages, but a lot can be gleaned from the trailer attached below. One of the first things you'll notice is that this game is a real stunner in the visual department. Every vibrant detail of the game world is realized in a variety of effects and high-resolution textures, and the fighters themselves are lively and well-designed, even if the inspiration is pretty obvious for some of the characters; Street Fighter fans will be quick to point out that one of the characters stole Rainbow Mika's look, and it doesn't take much to figure out which fighters are inspired by the likes of Mortal Kombat's Scorpion, or Ivy Valentine from the Soul Calibur series. Even so, the characters have looks that are fairly unique and step far enough away from their sources of inspiration that they come off as original and fitting in the game world. Their movements, as well as the movements of environmental elements, are smooth, natural, and visceral. The gameplay itself has you picking a move and then hammering an opponent with it, watching your life and stamina gauges closely all the while. This is a methodical strategy game wearing the guise of a 2.5D fighter, to be sure. You can buff up your character's base stats, as mentioned above, or add equipment and accessories to the mix to power them up in unique ways. Each character has their own moveset and a different feel, making each rewarding to play.

Impact: Turn-based fighters are a fairly new genre in the mainstream. They've been around for quite some time in one form or another, but they seem to be hitting their stride in the mobile scene. Should this game do well internationally, it's almost certain that the genre will grow. Judging by the video, the kind of people who would like a turn-based fighter in the first place will find plenty to love with this one. Should it somehow flop, though, it's not like it's a big release from a major studio, so it's doubtful that it will slow the genre's plodding, methodical stride.