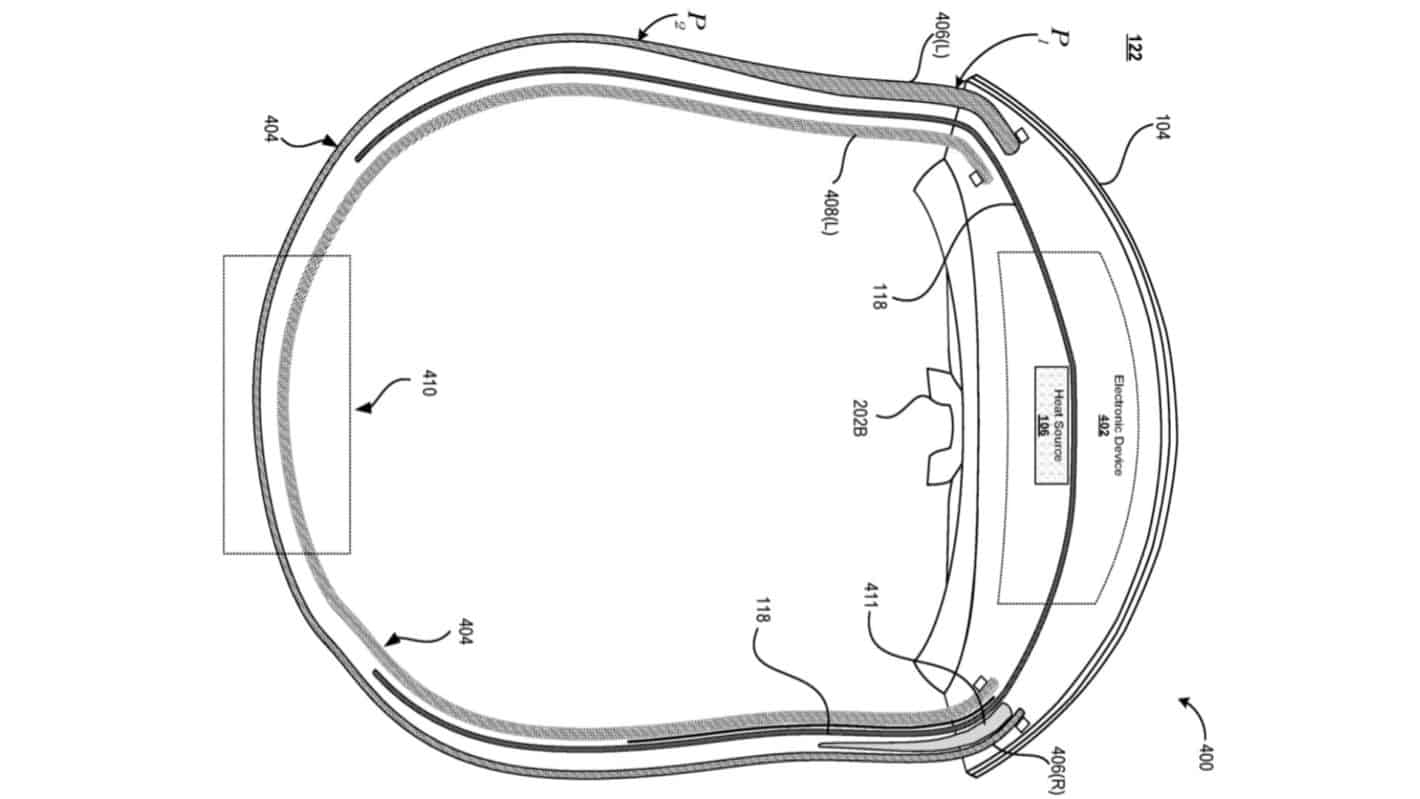 Microsoft may be working on a much more powerful wearable for its mixed-reality (MR) lineup based on newly approved patent documentation reviewed by Android Headlines. The WIPO-issued filing doesn't betray any details about what any such gadget might bring to the table but summarizes a cooling system for wearables. Excessive heat would be captured by the described invention via a component embedded within a wearable's housing and quickly moved away and dissipated via a 'noncontiguous' portion of the device that isn't necessarily part of the main housing itself. The energy would be also removed in a controlled manner while en route to its final dissipation along surface edges that a user wouldn't typically physically interact with.

HoloLens or something else?

At first glance, the patent would appear to apply to a new, more powerful version of Microsoft's HoloLens device since the current iteration isn't powerful enough to really require an in-depth cooling system. Recent leaks have suggested that a more capable HoloLens is incoming, with Microsoft said to be viewing mixed reality as a 'must win' segment of the technology market. The new device would be 'better' in nearly every regard compared to the original head-borne wearable, which shipped with a custom in-house Holographic Processing Unit (HPU) built on Intel's 32-bit architecture, backed up by 2GB of RAM and 64GB of storage. For the first-generation device, that and a two to three-hour battery drove two HD-rated 16:9 "light engines" onto its holographic lenses and AR functionality was supplemented by a 2-megapixel camera. The whole package weighed 579 grams. Even fairly substantial improvements on that wouldn't necessarily require a new cooling system however and the images associated with the patent don't seem to support that this is a next-generation HoloLens either.

In the new patent, the cooling would take place moving to the back or outer edge of the headset and the images show three different takes on that hardware. That includes what appears to be a sunglass-style wearable, a visor, and a more traditional-looking headset that could easily be mistaken for VR. In each case, the final point of heat dissipation is on the outer portion of the rear-most edge and in the latter two designs seems to be vented out through the same type of grating associated with fan-based systems. In the sunglass-style design, it's output is at three key points along the outer edge of the frame with the inner portion of the frame reinforced to prevent the inner edge from getting hot. As described in the documentation, in the apparent fan-based designs, heat energy would actually be leaked out through that outer edge at key points not touched by the wearer in a controlled manner while traveling to the final dissipation point too. There's no telling how close Microsoft may currently be to commercializing the newly discovered concept tech, with the idea being far from the only R&D avenue the company is presently pursuing in the wearable space; earlier this month, Android Headlines tracking people's feelingslearned Microsoft pondered an AR solution for .

Low-performance hardware and associated software used to accomplish the tasks HoloLens is generally needed for usually don't generate the types of heat that Microsoft seems to be accounted for with its new design. It's not unlikely that the designs showcased will be variations on a next-generation HoloLens but the implication may be that Microsoft is going to release several new devices. If that's the case, each will most likely fit into its own niche and market segment with varying performance and uses. The sunglasses style most closely resembles HoloLens and appears to have the least complex cooling but the other two designs are aesthetically closer to VR. The new cooling system might be able to support performance and graphics computations much more akin to VR as well.