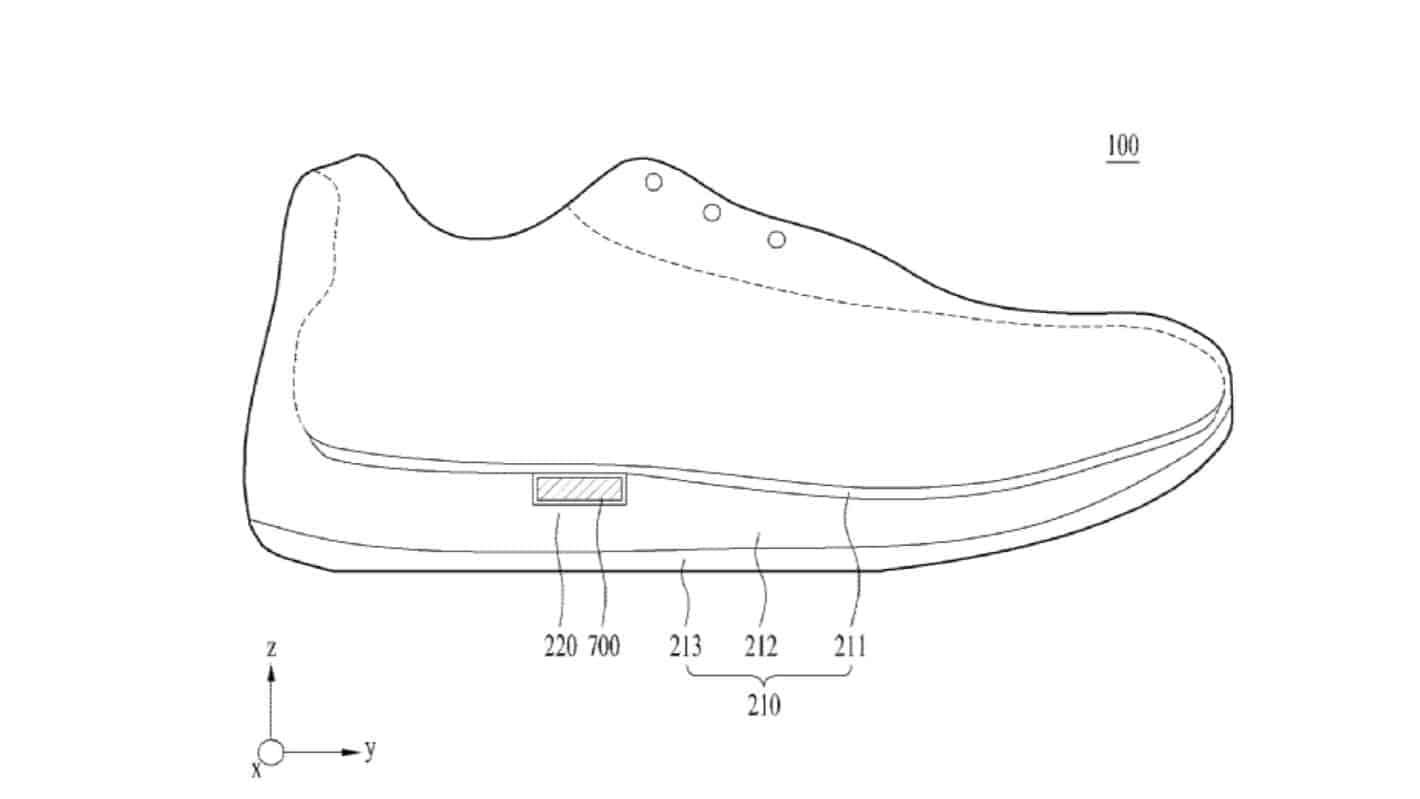 LG Electronics wants to put one of the next wearables it brings to market on users' feet, based on a recently published patent spotted at the World Intellectual Property Organization (WIPO) by Android Headlines. The design is for a 'smart shoe' that detects and collects motion data using an accelerometer and gyro, recording steps and other information. It reduces 'step noise' with the help of a pressure sensor that is 'switched' with each step in relation to the halts in motion between steps to provide a more accurate readout than other inventions that perform similar functions. The associated images are relatively generic, rather than providing insight into how the shoes themselves would look. Instead, they show that the pressure sensor takes the form of a distributed network of sensors positioned all over the bottom of the shoe on the outsole with the placement of the switch itself still to be determined. Other equipment is installed towards the inner sole and embedded in the lining of the shoe.

Rather than measuring and analyzing data only applied only to the metrics of step counting, LG's most recent patent appears to cover the totality of foot health that's ascertainable via smart clothing — going well beyond other devices. There are already plenty of other gadgets on the market that can be worn on the wrist or in-ear to measure cadence, steps, heart rate, and distance traveled. One example of that is Jabra's Elite Sport wireless earbuds. Introduced way back in 2016 before relaunching in India last year, those can not only deliver music or other media to a user's ears but additionally measure the distance between a wearer's steps, calorie burn, laps, and VO2 estimates. Smartwatches and other wrist-borne wearables accomplish the same thing via a similar array of sensors and have been on the market as activity trackers since the early 2000s.

LG seems to be looking to build on those types of technology rather than reinventing the wheel. The new device will not only be taking its measurements at the source of the motions and adding sensors for greater accuracy. The patent also includes a detailed diagram of the bones found in a human foot and other associated images show how the smart shoe would measure the placement of the foot and how those move throughout walking or other activities. So it appears that LG wants to use the data gathered to provide a more complete picture of a person's overall foot health. If that's coupled with an iteration of the company's ThinQ AI and a smartphone based user-interface, the resulting invention might inform a user of how they move and how that could be improved. An associated UI might, for example, suggest that the user steps too heavily or with their foot at an angle that could lead to damage in the long-term.

The future of foot health

Shipments for smart clothing are expected to rise to 19.91 million units by 2022, following a growth of about 22.84-percent over 2019. Although those are small figures compared to the overall wearables market, that makes it a key area of the industry that's well-primed for new products and services. If LG does bring its smart shoes to consumers and also manages to get there first, the newly patented shoes could place it at the forefront of new trends in fitness tracking technologies.