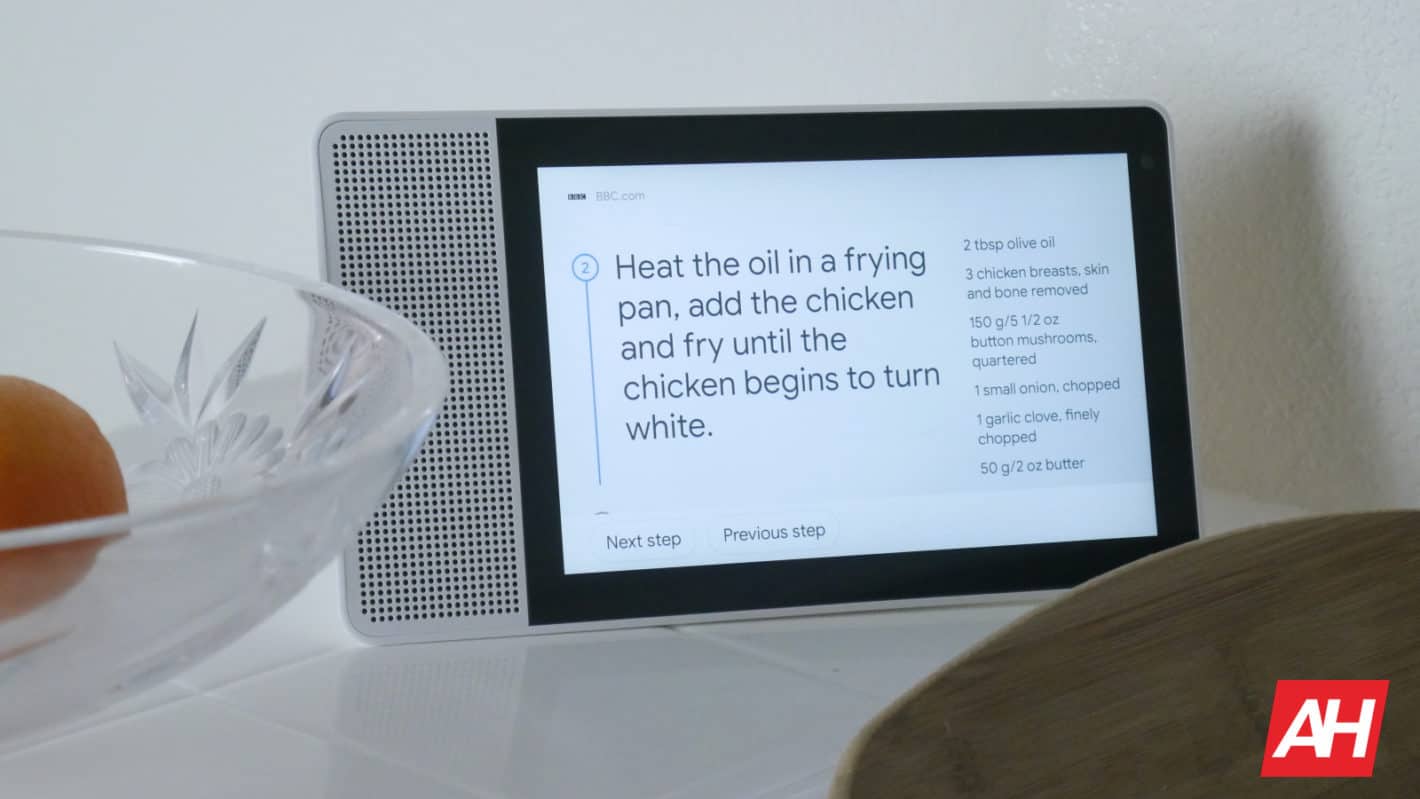 The Lenovo Smart Display is now in the process of receiving a new update that adds a number of improvements to the overall user experience. Lenovo has confirmed the update is now rolling out, and had placed a seven-day time-frame on the expected completion of the rollout. A conscious decision the company states was made to ensure "no catastrophic issues occur." In addition, Lenovo has also explained the update is only rolling out to devices in the US, Canada, and the UK. Which is probably to be expected, considering, and as Lenovo points out – these are the only locations in which the company's smart display has been released so far.

There's quite a few feature changes/improvements in this update and in line with the nature of smart displays in general, the importance of any particular feature change will come down to how often you use that feature, as there's nothing here that necessarily offers an across the board improvement to the experience.

Only the tiles you want to see

Compared to some of the other features, the use of tiles is likely to be one of the more widely used aspects as these make up much of the experience with card-like tiles employed to denote various other features. If nothing else, they provide a good way to inform the user of what the smart display can do. However, up until now, Lenovo Smart Display users were not able to customize the tile view very much which makes for a more cluttered experience for those tiles that the user in not interested in. Following the update, users will now be able to swipe those unwanted tiles away leaving a more clutter-free view. However, Lenovo has pointed out that not all tiles can be swiped away, and therefore tiles for Calendar, Commute, Explore, News, Music & Video Recommendations, and Upcoming Reminder will remain in place after the update with no option to remove. Although in fairness, most if not all of these tiles are likely to be commonly accessed by most users. In addition, the use of mini remote control tiles are now supported for additional devices, and these will be available on the home screen as well as accessible when media playback is in effect.

Now easier to find save recipes

For those who prefer to use a smart display to help with the cooking, the command options will be more varied following the update. Specifically, the "Cookbook" feature now lets users do more with smart display owners able to now command Google to show the contents of a Cookbook, save a recipe, and remove one when needed. These commands can all be initiated by simply following the "Hey Google" hotword with the specific action. For example, "show my cookbook," "add to cookbook" and "remove from cookbook."

Providing you have some compatible smart home products connected to the smart display, following the update users will be able to better control some of them. This specifically relates to the Nest Thermostat as owners will now be able to use more commands to manage the heat-cool feature associated with the thermostat. While light controls have been improved which now means users are able to control the on/off and dim-level of individual lights that have been allocated within a group – for example, within a room. Last, but not least, photo actions have also been improved with users able to favorite a photo, share one, or remove one.

The Lenovo Smart Display was the first Google Assistant-related smart display to arrive to market which likely means it was also one of those that has seen a higher level of adoption. Which makes it all the better to see the company remaining committed to keeping the device updated, For example, the last update to arrive for the Smart Display landed in the closing week of November and that was largely headlined by the introduction of the Cookbook feature that has seen its feature-list expanded on today. So not only is Lenovo proving to be quick at rolling out updates with new features, but also as quick on updating those features with new abilities and supports. While these changes do not seem like the biggest of improvements, it is this finer level that matters as the interface experience on offer with the Lenovo Smart Display is largely the same as what's offered with any other Google Assistant-related smart display. Therefore, it is exactly these small changes at the user experience level that can make the difference between one display and another.

In spite of being the first to market, the Lenovo Smart Display remains one of, if not the best smart display for consumers to buy. As the interface is primarily the same as that found on other similar devices, the buying decision facing consumers will mostly come down to the design. Unlike other options, this is in particular an area Lenovo has focused on to ensure its solution is as much in line with being a home product as it is a tech product. An aspect which was a little more lost on JBL, LG, and Google's options. What's more, Lenovo's Smart Display is also available in two different sizes. One of which compares to the display offered by LG and JBL (with all three offering larger displays than Google's option), and the other comes with an even larger display for those looking for an improved viewing experience. So not only are you getting a nicer designed smart display in general, but you also have the option of choosing which size best serves your needs. All of this has resulted in the Lenovo Smart Display becoming one of the more expensive options, although it can often be found at discounted prices due to the Holidays. For example, right now some retailers are selling the smaller 8-inch model for as low as $99 – the lowest price it has been available for since launch.