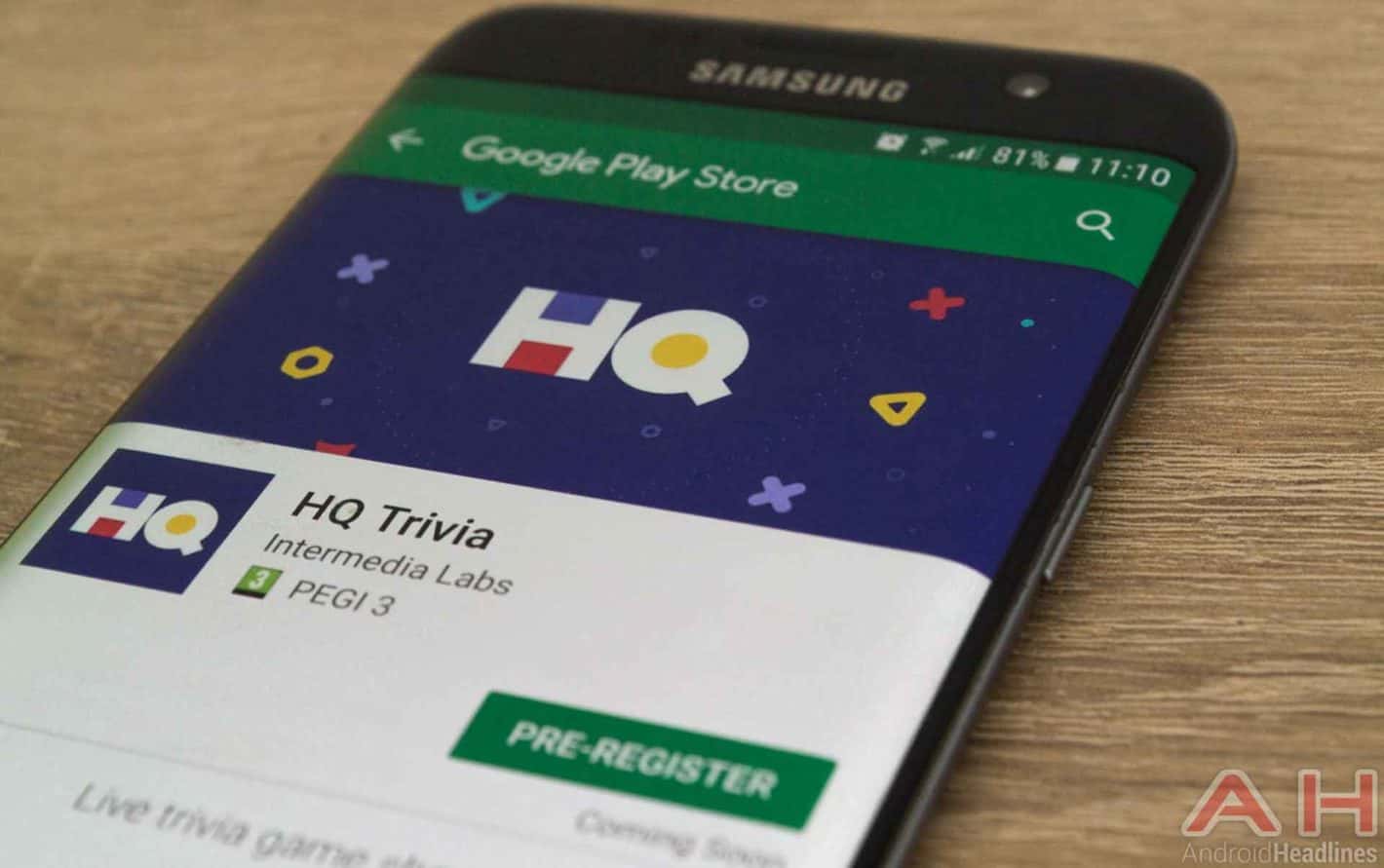 Intermedia Labs' relatively well-known trivia and virtual game show app HQ Trivia has had an HQ Words game rolling out in limited testing for some time, and now that mode is officially out for all users worldwide. The new game mode is akin to Wheel of Fortune, and is played live with a group of other players. HQ Words is a cash game, just like HQ Trivia, and is played live, just like HQ Trivia. The game will take place each day after the day's game of HQ Trivia is over, at 6:30 PM PST. If you're interested in trying the game out, fire up HQ Trivia on your device, and you'll be able to jump in during the regular broadcast time.

Background: Words HQ starts with a spin of the wheel, which will reveal one random letter in the puzzle. Once that letter is up across the board, the host will begin letting out clues. There is a 25 second timer for each puzzle, and you can tap on letters to guess them. If you guess wrong three times or you and your peers can't get the puzzle done in time, you're eliminated, and you'll have to wait until the next day's broadcast to play again. When it's all said and done, a cash prize pool is split between successful solvers who stayed on until the end, with the biggest share going to those who were the fastest and had the least correct guesses throughout the broadcast. It is worth noting that the service is still new, so some glitches are to be expected, even big ones that may lead to elimination. There's no stress test for a service that's quite like the real rollout, so given time, HQ will probably be able to sort things out and make the game into a smooth experience for all.

Impact: This effort is HQ's chance to hook a new audience with a game that's a bit less involved than its trivia fare. This leap of faith comes at a trying time for the company, which just lost its CEO and co-founder Colin Kroll recently to a drug overdose. His passing left the company in the hands of Vine and HQ co-founder and former HQ CEO Rus Yusupov. Given the circumstances, Yusupov is not putting out any official statements about the new capability. All eyes are on HQ as the number of HQ Trivia players dwindles amid fading novelty and an increasingly large pool of players who are sufficiently experienced as to swoop in and swipe large cash prize chances out from under aspiring players. Even if HQ Words accomplishes its goal of attracting the typical mobile gaming crowd, the big metric to look to here will be retention; in the state that things are in, HQ Words seems poised to suffer a fate similar to that of HQ Trivia in due time, and it will be up to Yusupov and the rest of the HQ team to think up fresh ways to keep that from happening on a regular enough basis to keep fans happy.