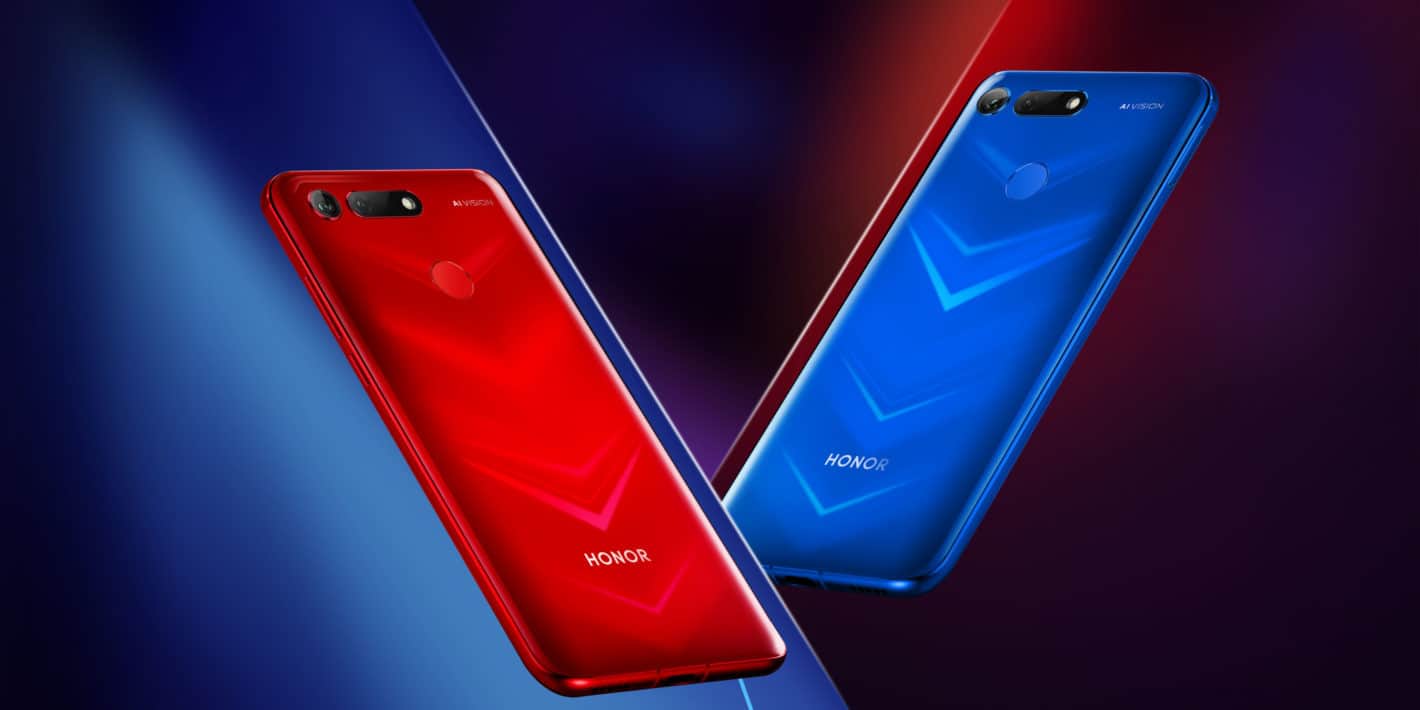 HONOR announced the View20 at an event in China today, as its newest flagship smartphone, replacing the View10 that it announced last December. This is the company's first hole-punch smartphone, and it actually has some really clever engineering behind it. So it's not just a hole for the camera, but there's a bit more in there. As far as the spec sheet is concerned, we're looking at a 6.4-inch 19.25:9 aspect ratio, LCD panel here. There is also the Kirin 980 with 6GB or 8GB of RAM and 128GB or 256GB of internal storage. There is still a micro SD card slot available as well for expanding storage. There's a 4000mAh capacity battery with Super Charging that charges at about 5A. There is a 48-megapixel camera on the back with a 3D TOF (Time of Flight) sensor included. Now on the front, there's a 25-megapixel camera that is inside the display. Finally, this is running Android 9 Pie and Honor Magic OS.

Camera inside the Display?

This is the new trend, going into 2019, after everyone had a notch in 2018. And with the HONOR View20, there is a 25-megapixel camera built into the display panel here. The drilling for the hole here is a bit different than how others have done it already. The camera actually sits under the light guide plate, and using the "pixel transitioning" technique, the light is allowed to penetrate through without a hole in the liquid crystal layer. Basically, what this means is that HONOR did not need to drill through as many layers of the display, and it will strengthen the entire assembly here. Which also means that it is less likely to break if it is dropped. Some early hands-on have shown that this is also an improved camera, due to the reduction in light bleed. With the way that this screen and camera were fused together, it means that if you need to replace the screen, you won't need to replace the camera, according to HONOR.

This is still being called the "All-View" Display from HONOR, which is because it is virtually bezel-less. Despite having a 6.4-inch display, and no notch, the screen-to-body ratio here is still under 90-percent. Coming in at around 85.7-percent for the entire View20. Which is lower than some may have thought. But there is still a bit of a chin here, and that is likely due to the fact that this is an LCD and not an OLED display. With an OLED panel, they could fold the screen under for the different sensors that are needed in the chin – which is how Apple does it with the iPhone XS. 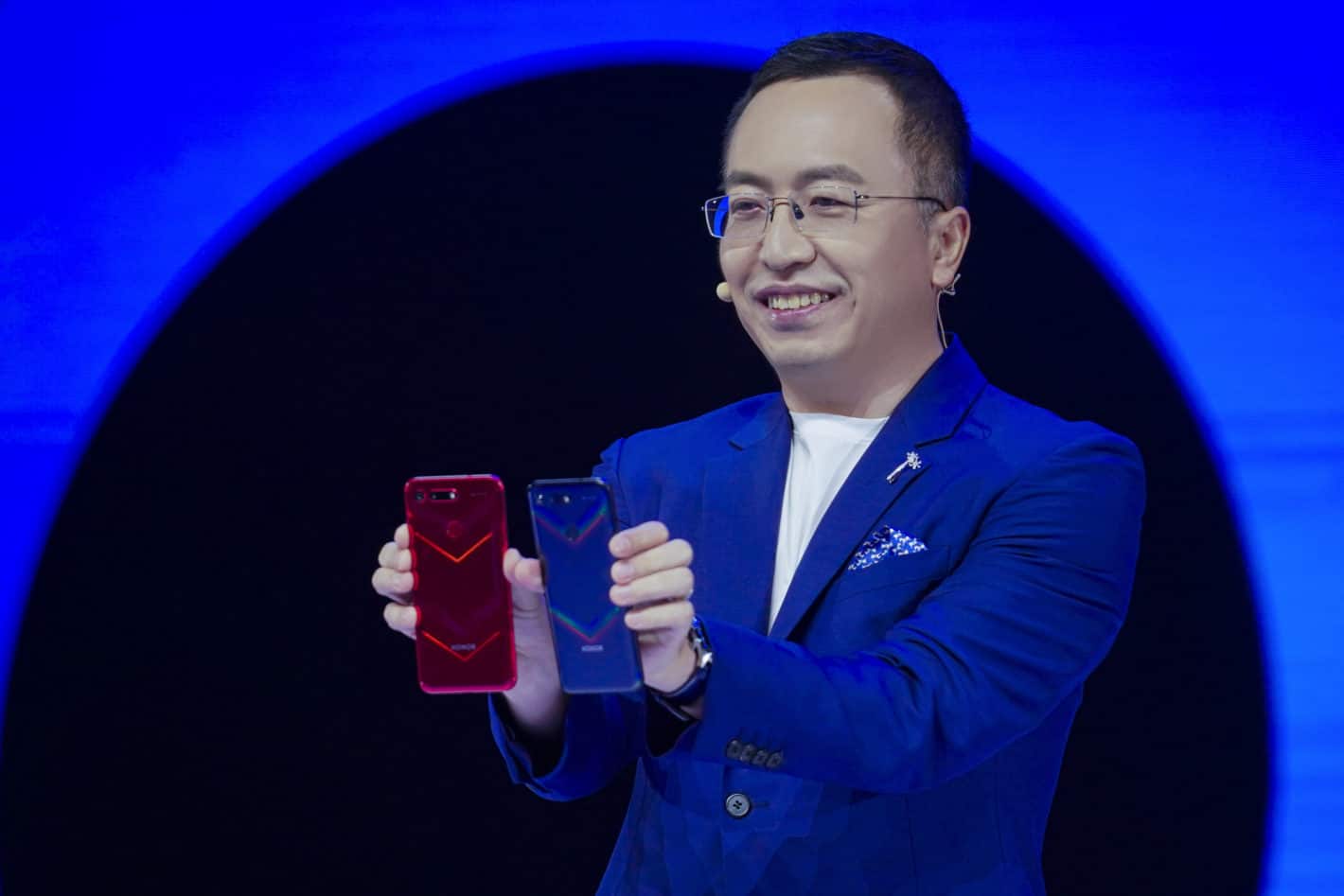 HONOR has continued to push the boundaries of the camera on its smartphones in recent years, and not it is the first to offer a 48-megapixel AI Ultra-Clarity & TOF 3D Sensor on a smartphone. The camera is a Sony IMX586 lens, which is stacked on a CMOS image sensor, that will give you 48 effective megapixels onto a half inch sensor, that will deliver some excellent image quality. This means that you are going to see some richer details and more vibrant colors as well. HONOR says that due to the dual-NPU and dual-ISP in the new Kirin 980 chipset, it has improved the image and camera capabilities of the phone by 134-percent and 46-percent respectively. And having 48-megapixels here means that you are going to get some ultra-clear photos out of this new camera.

Now the new TOF or Time of Flight sensor that is included here, is something that we are going to be seeing a lot of in 2019. In fact that Galaxy S10 is already rumored to be using one. It's a 3D camera, and it makes the phone capable of making a new dimension in photography and videography. It can calculate the distance in a photo, which is going to offer better Bokeh, but also include some depth sensing, skeletal tracking and real-time motion capture. This sensor can also turn the View20 into a motion-controlled gaming console. 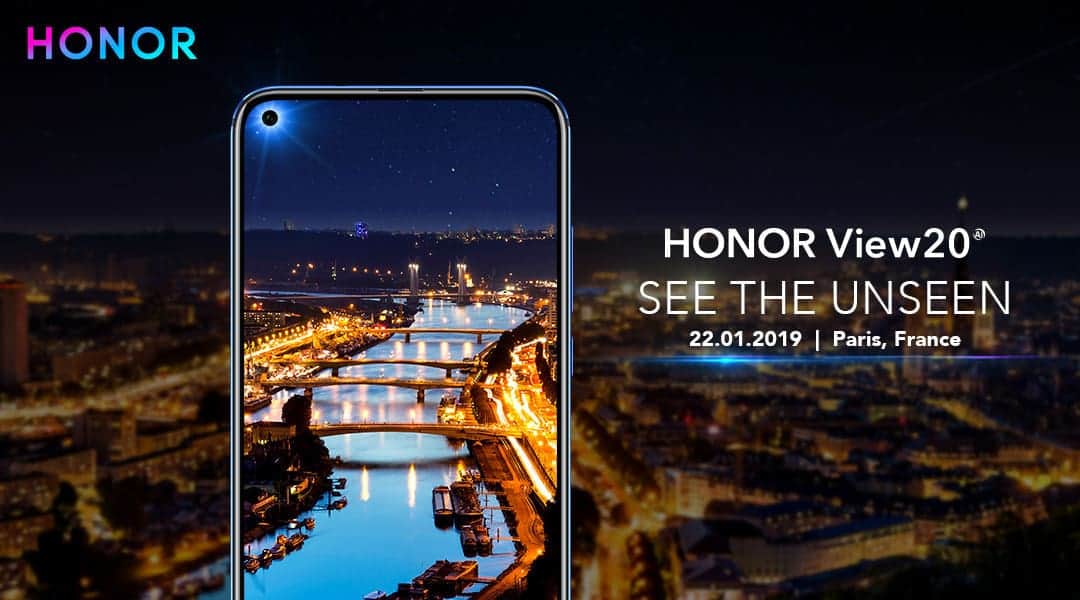 HONOR did not announce global availability for the View20 just yet. That is expected to come on January 22 when the global launch happens in Paris. However, the HONOR View20 will likely be available in China in the coming days. The View10 was available in the US last year, though with the issues that HONOR's parent company, Huawei, has had in the US in 2018, it's uncertain whether it will or not. The View10 was rather inexpensive at around $499 in the US this year, so if the View20 comes to the US at the same price, it'll be one of the hottest smartphones of the year.