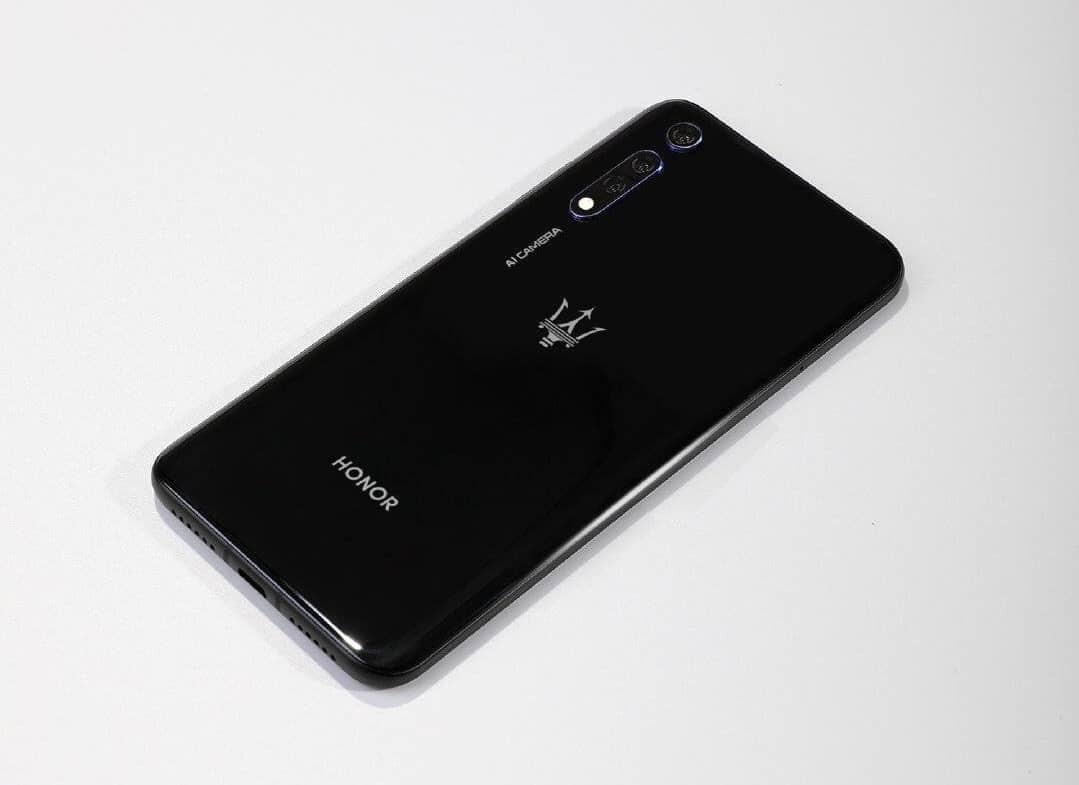 A number of smartphone manufacturers have already released their special edition devices which come with brandings from world's most popular sports car manufacturers, and it seems like HONOR is on the way to the same as well. The HONOR V20 Maserati Edition has surfaced online, on Weibo (Chinese social media), even though the regular HONOR V20 did not become official just yet. The HONOR V20 will be announced next week, though, and it remains to be seen if the Maserati Edition of the phone will come during that very same launch event, or is HONOR planning to do something else entirely. Having said that, if you check out the image provided above, you will be able to see the device that leaked, and it seems like it will sport the same design as the regular HONOR V20, but with Maserati's logo on the back. It is possible that the phone's under-the-glass pattern will be different as well, but that is not visible due to the angle of the camera here. It is easy to notice that the phone will include three cameras on the back, and that it will be made out of metal and glass.

The HONOR V20 will essentially be relaunched for global markets in January, and it will ship under the HONOR View 20 name. This is not unexpected, as the HONOR V10 launched as the HONOR View 10 outside of China last year. In any case, these two smartphones will be completely identical in terms of the design and specifications, though their mobile networks support will differ, of course. As far as the Maserati Edition's availability outside of China is concerned, well, chances are that HONOR will not be announcing a global variant of the Maserati Edition handset, as such special edition smartphones that get announced in China usually stay in China, but it would be nice to see this phone in Europe and the US, to provide some competition for the OnePlus 6T McLaren Edition which is a really hot topic at the moment.

The HONOR V20 / View 20 will be made out of metal and glass, and we've already talked about the back side of this smartphone. Well, on top of that, the phone will include an almost bezel-less display, HONOR's brand new Full View 3.0 display that the company already presented. The Honor V20 / View 20 will include a display camera hole in the top-left corner of the phone, while the phone will include a really thin "chin" below the display. We also know that the device will be fueled by the Kirin 980 64-bit octa-core processor, which is Huawei's most powerful processor at the moment, and it is fueling the company's Mate 20 series of smartphone. The Kirin 980 is supposed to compete with the Snapdragon 855 moving forward, and it's a really powerful processor, as it has proved its worth in the Mate 20 devices. The Honor V20 / View 20 will ship with Android 9 Pie out of the box, while the company's Emotion UI (EMUI) 9 skin will be included on top of it. A 48-megapixel camera will be included on the back of the Honor View 20, but we still do not know what to expect out of the other two cameras. All in all, the Honor V20 / View 20 will be extremely capable and well-specced smartphones, it seems, while the Maserati Edition of the V20 will improve that even further.