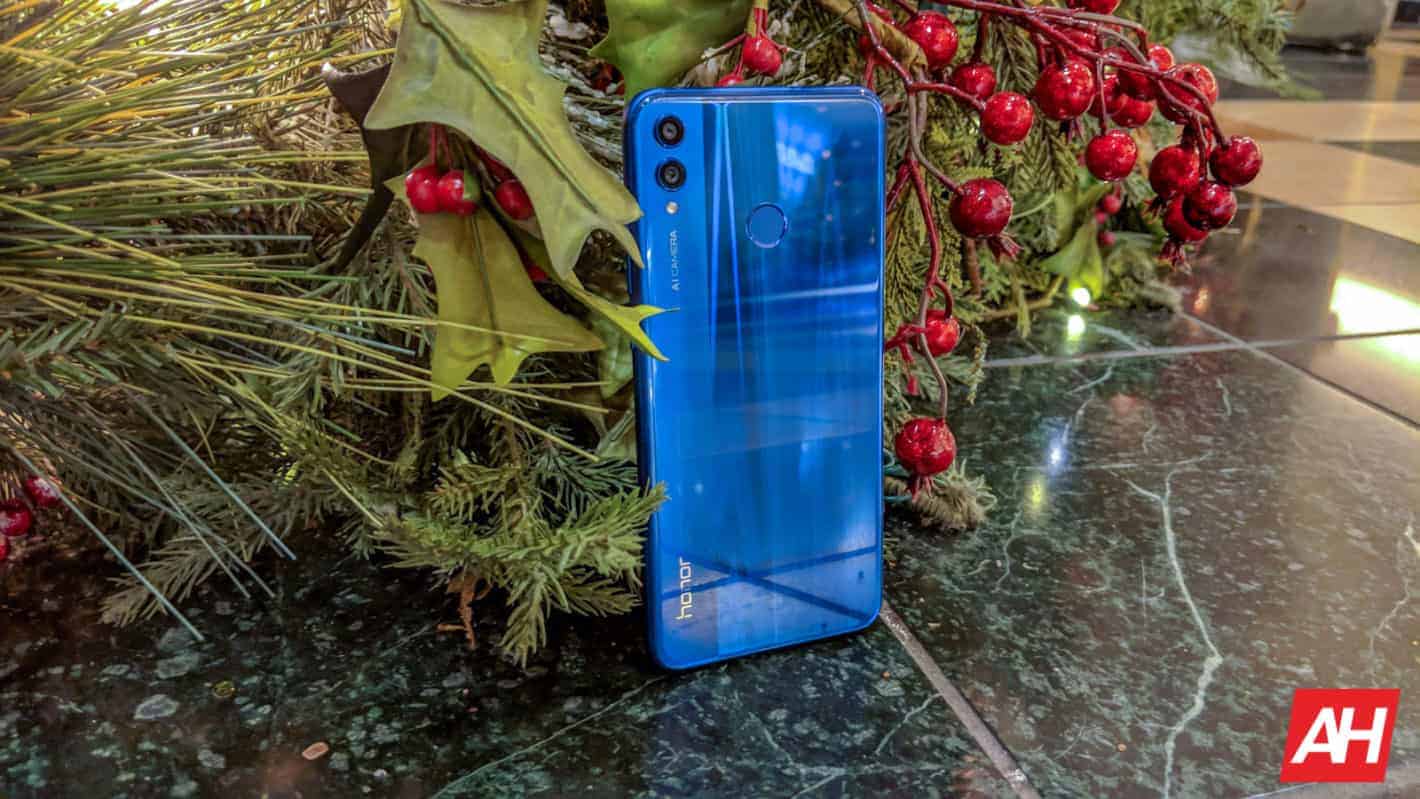 HONOR is calling its 19.5:9 aspect ratio display a FullView Display. This is because the front of the phone is mostly screen, with an 91-percent screen-to-body ratio resulting in a 6.5-inch display housed within a body that would typically only feature a 5.5-inch screen. This is a 1080p display, so while it's not the highest resolution screen available, it still looks pretty impressive. This 6.5-inch display is great for watching content, especially to pass time during holiday travel. The large display is also great for playing games between all the family-based festivities taking place during the holiday season.

Speaking of gaming, the HONOR 8X utilizes GPU Turbo to improve the gaming performance. GPU Turbo basically overclocks the GPU inside the phone, so that you will get even better graphics in your games, without compromising performance. Typically this would mean a draining battery life, but in this case, HONOR has managed to improve battery life by around 30-percent. And this has all been achieved without the phone suffering from overheating. What this means is that you can play more graphically-intense games like Asphalt 9: Legends, PUBG Mobile and many more, without having to worry.

The holidays is the time of year when you are going to spend a lot of time taking photos. Whether those pictures are of your kids opening presents on the big day, or photos of family members you haven't seen in a long time, you're going to want those photos to be high quality. While you could set up a big DSLR or point-and-shoot camera, you can just pull out the HONOR 8X instead. It has the company's AI Cam, which is able to take fantastic photos without needing the user to adjust any settings at all. AI Cam is able to recognize objects in 22 different categories and over 500 scenes. Once it recognizes what is in the photo, it will adjust the settings on the camera automatically to ensure you get the best shot. The HONOR 8X also has Portrait Mode, which is what the second camera helps with. It can give you a really shallow depth of field with the f/1.8 aperture, which will give you that nice blurred background (or Bokeh) to your photo. HONOR does allow you to change this affect after you have taken the photo as well, and bring the aperture all the way to f/0.95 which is done via software. The front-facing camera on the HONOR 8X is also perfect for taking selfies with the family.

A busy holiday season means you need a smartphone with a durable battery. The HONOR 8X comes equipped with a 3,750 mAh capacity battery that will run all day long and then some. This means you can take as many photos as you want with the AI Cam, watch as many YouTube videos as you want on the 6.5-inch FullView display, and even use it for GPS if you are driving somewhere for the holidays this year without worrying about where the next charge will come from. HONOR didn't just slap a large capacity battery into the HONOR 8X, though. It also has intelligent power saving to help the battery last even longer. There are two battery saver modes here, Power Saving Mode and Ultra Power Saving Mode, which can add quite a few hours of usage to your HONOR 8X when you need more juice, but can't charge up just yet.

Overall HONOR's 8X is an incredible smartphone, and it can really make the holidays a lot more enjoyable, whether it is helping you get ready for the holidays or simply getting through the festive season. The 6.5-inch FullView Display, GPU Turbo, 20-Megapixel AI Camera and large capacity battery are only some of the features that make the HONOR 8X such a great smartphone. Most importantly, you are getting all of this for just €229, which is a great value, considering this is now a world where many smartphones have price tags near $1,000. You can purchase the HONOR 8X on HONOR's website.