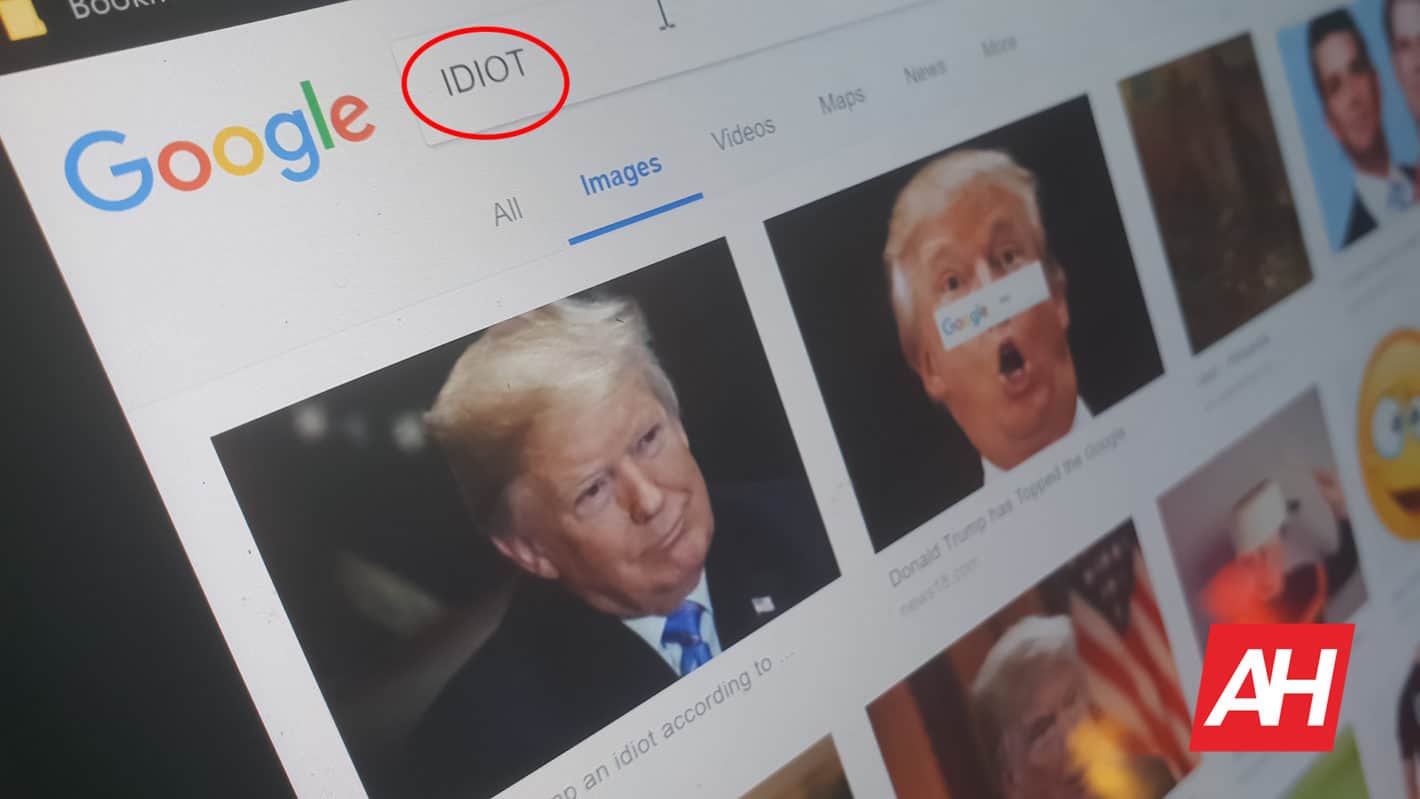 Google Chief Executive Officer Sundar Pichai on Tuesday argued that the fact the company's flagship Search service returns dozens of images of U.S. President Donald Trump when users search for the term "idiot" is no evidence of political bias. Zoe Lofgren, the Democratic Representative for the 19th District of California, agreed with the notion after the industry veteran explained the gist of how Google's algorithms work, particularly in regards to image queries; they take the entirety of image data associated with a particular term, then extrapolate what they believe are the best results, i.e. the ones people want to see. "so, there's no not some little man sitting behind the curtain," Representative Lofgren concluded in response to the explanation, deeming it sufficient. The 70-year-old politician also expressed a desire to continue working with Google on more pressing issues in the future, dismissing political bias allegations as not being among them.

The three words that "change everything"

The polarizing exchange happened as part of the House Judiciary Committee's hearing on accountability and transparency that started today at 10:00 AM EST, with Mr. Pichai being its star witness.  The issue of political bias has been tackled by many other Representatives who took turns questioning the 46-year-old in five-minute windows they were allowed. Jim Jordan, a Republican from Ohio, pressed Mr. Pichai on a leaked email from its marketing head Eliana Murillo who in 2016 wrote the company made a concentrated effort in terms of configuring its services for organizing transport and other means meant to facilitate increasing Latino voter turnout in the last presidential election. While the politician acknowledged it's Google's right to do so, he pondered the wording of Ms. Murillo's internal communication, particularly the part where she reveals the tech giant only pushed for an increased turnout "in key states."

"Those three words change everything," Representative Jordan asserted, directly alleging selective political pushes are indicative of a bias deeply ingrained into the company's culture as Google obviously act with the intention of influencing the outcome of the election and wasn't simply trying to increase voter turnout nationwide, which is what Mr. Pichai claimed was the goal of the initiative. The CEO repeatedly disagreed with that conclusion and when pressed on the matter further, he went as far as to say that Ms. Murillo's statement wasn't "accurate." When asked whether she pulled the "key states" claim "out of thin air," Mr. Pichai remained evasive. Another Ohio Representative, Steve Chabot, criticized Google Search over its negative coverage of the GOP's attempt to replace Obamacare as positive or what he deems neutral coverage of the thereof was nowhere to be found on the first several pages of the tool's results. "I understand the frustration of seeing negative news, I often see it about me," Mr. Pichai retorted, insisting Search has no inherent political inclinations.

Pichai opting for a patriotic message

In his opening remarks at today's hearing, Google's chief opted to play the patriotism card, albeit without significant success as he was still pressed on the company's ambitions to expand in China while simultaneously dropping some of its projects with the U.S. Military. In response, Mr. Pichai vowed to continue working with the federal government on keeping Americans safe and claimed Google currently has no plans to relaunch its Search service in China in compliance with the communist regime's strict censorship laws. That statement stands in direct opposition with recent reports that indicated the firm has already been pondering debuting the solution in the form of an Android and iOS app as early as April 2019.

A lot of talk with little substance

The format of the hearing itself allowed House Judiciary Committee members only five minutes each with Google's CEO, thus mimicking the Capitol Hill gathering centered around Facebook's Cambridge Analytica scandal from earlier this year. Much like Mark Zuckerberg managed to avoid many questions then, so was Mr. Pichai today able to provide the attending legislators with vague responses and a lot of promises to follow up on their inquiries. Some of the inquiring lawmakers also stuck with rather basic lines of questioning or opted to spend their time asking Google's chief about the company's development plans in the United States and how the thereof will be affecting their districts, none of which was directly related to the subject of the hearing.

The happening lasted for nearly four hours in total, with one of its conclusions being Google can and should "do better" in many respects, as per Mr. Pichai's own reasoning, though the industry veteran never elaborated on the matter. The one exception to that rhetoric is Google's stance on user-friendly privacy settings which the CEO said will be revamped with further simplification in mind going forward. When asked whether he believes the average user reads lengthy terms of service, the CEO declined to give a direct answer. As part of the same hearing, Mr. Pichai downplayed the role Google's ecosystem of products and services played in the Russian disinformation campaign seeking to influence the outcome of the 2016 presidential election which remains the subject of an ongoing investigation by Special Counsel Robert Mueller. Following a lengthy internal probe, Google included two accounts linked with Russian agents spent some $4,700 on advertisements in total. "No amount is alright," the CEO said, while maintaining any impact the campaign had by abusing Google services was highly limited. Mr. Pichai said the tech juggernaut learned a lot from the ordeal but didn't clarify what concrete steps are now being taken to prevent foreign actors from subverting the U.S. democratic process in the future.

Finally, Google's chief used the Tuesday hearing as yet another opportunity to voice the company's support for federal-level privacy legislation in the U.S. after California enacted the country's strictest data privacy law to date in late summer, encouraging other states to follow suit. A scenario wherein Google has 50 laws to worry about in regards to how it handles data collection, storage, management, and utilization in the U.S. is something the firm wants to avoid at all costs, as suggested by the executive's latest comments.