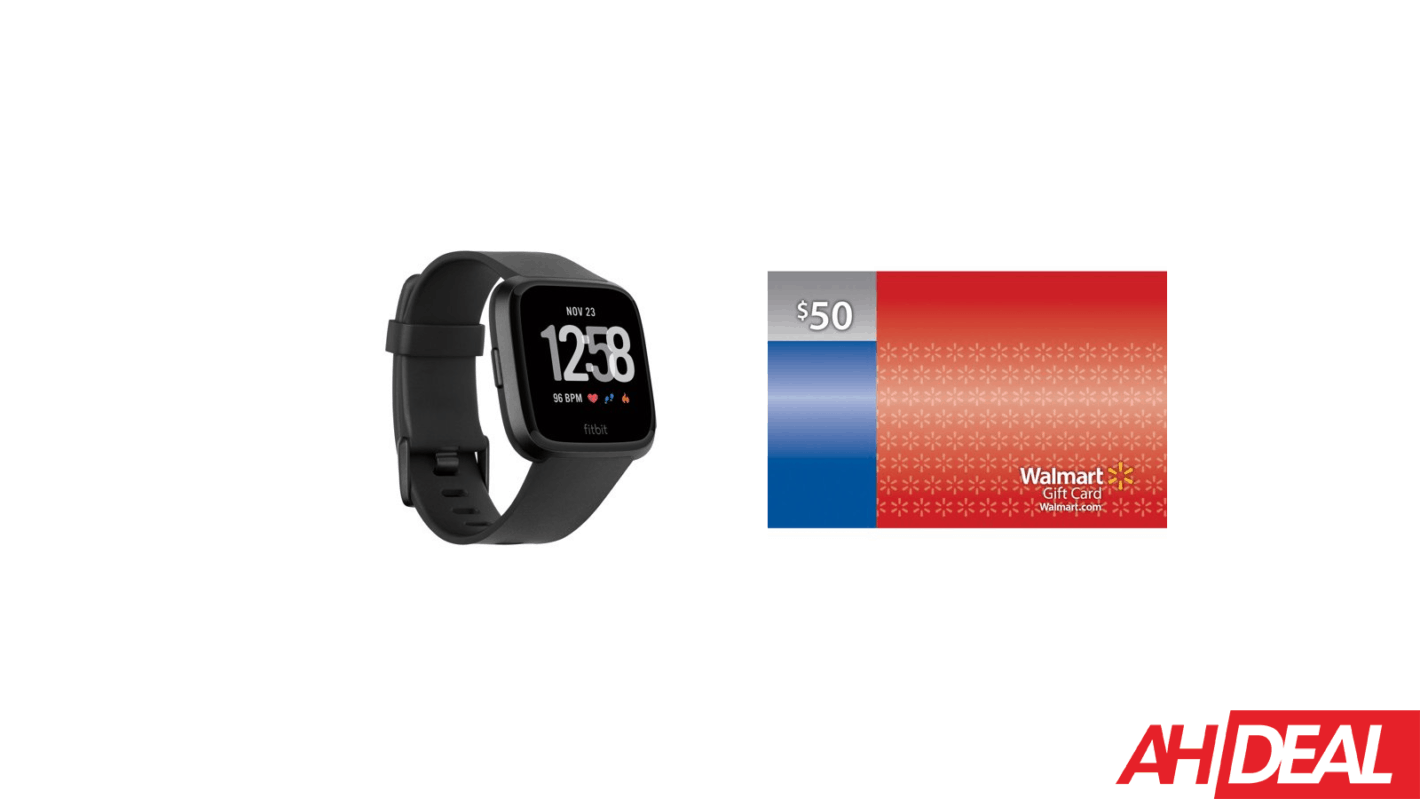 Walmart is offering up the Fitbit Versa along with a $50 Walmart Gift Card today for $199. Now that is the regular price of the Fitbit Versa, but with the added $50 gift card, it does make it a pretty sweet deal, especially for those that want to get a new smartwatch that is focused on fitness. The $50 Gift Card is a bit like free money, since you can buy virtually anything from Walmart these days.

The Fitbit Versa is a really good fitness tracker to pick up, especially for those that are looking for something that can track their fitness without breaking the bank. This offers all of the usual features you'd expect, including tracking your steps taken, calories burned, exercises, sleep and so much more. It also is a smartwatch, so there are a number of apps available including one from United Airlines, where you can bring up your boarding pass on your wrist and not worry about printing out another boarding pass again. The Fitbit Versa and $50 Walmart Gift Card won't be around for long, so you're going to want to jump on this before it is gone. You can pick this up from Walmart using the link that is down below.