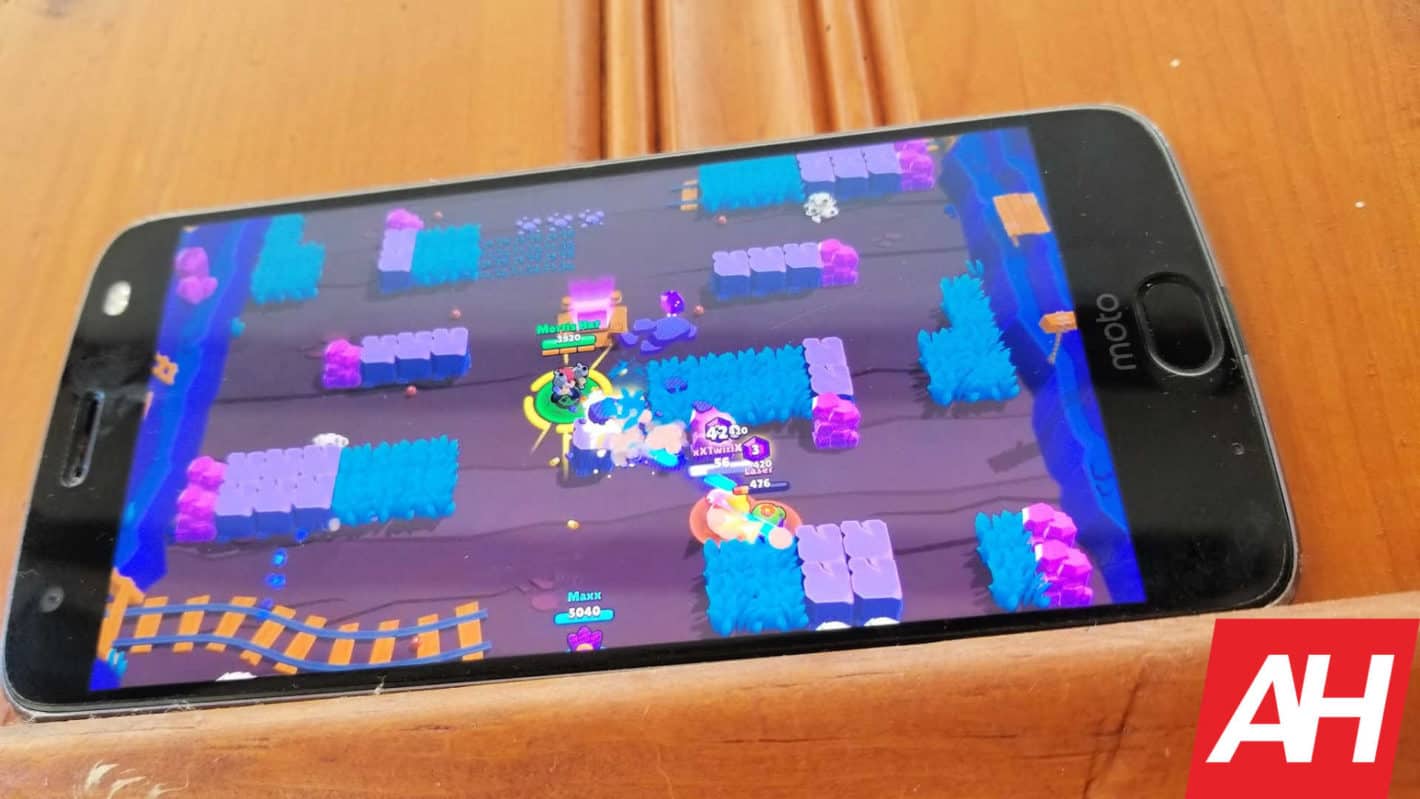 Supercell has officially released Brawl Stars, its take on both the MOBA and battle royale genres in one fell swoop. The free game sees players picking a hero and one of several modes, then blasting, burning and beating foes into oblivion while using the environment and each hero's unique abilities to their advantage. This is a big departure from previous games by the company, such as Clash of Clans, which lean heavily toward the management sim and real-time strategy genres. This game is a top-down shooter that mixes environmental hazards with chaotic combat to make a frantic and fun game that's less about the long game and more of a bite-sized affair.

Background: The game's modes include Gem Grab, Showdown, Bounty, Heist, and Brawl Ball, along with temporary modes that will be introduced into the game for a limited time during special events. Each of these modes is pretty much exactly what they sound like; Gem Grab sends you hunting and holding gems across the map, Showdown is a survival battle with powerups for two or four players, Bounty racks up stars for kills and docks them when you're killed, Heist focuses on a hunt for your enemies' safe with a secondary focus on protecting your own, and Brawl Ball is essentially football, known in America as soccer, with a lot more chaos and deadly weapon use. The kicker is that this game really is bite-sized; you won't find the 45-minute rounds of Vainglory or the five or six minute skirmishes of traditional battle royales and brawlers here. Nay, all of the modes in this game are limited to three minutes. You'll aim skills, jump over obstacles, bounce bullets around, and blow foes away from and toward each other as much as you possibly can in that short timespan, and then it's over. That makes this one of the best games to play on the go, when you expect to have downtime in small chunks. Its pick-up-and-play approachability also helps in that regard, since it won't take long for new players to really get in the swing of things.

Impact: There's never been a game on the mobile scene that blends genres quite like Brawl Stars, so it's hard to say what impact it may end up having on mobile gaming, aside from possibly inspiring copycats and almost certainly fattening Supercell's already-overflowing coffers. The studio has yet to put out a dud, both from a review standpoint and from the perspective of user popularity, and Brawl Stars will almost certainly be no different. In fact, it's already racked up over 450,000 reviews in the Play Store among somewhere beyond 5 million downloads, netting it a 4.5+ star rating as of this writing. Such a popular studio taking a jab at MOBAs and battle royale games could shake up those spaces just a bit, and possibly inspire established names to experiment a bit more with their formulas. PUBG Mobile, for example, is an extreme purist when it comes to mobile battle royale experiences, and could perhaps learn a thing or two from Brawl Stars' many zany modes, all of which would be easy to scale and implement in that game's design. The same could be said of Vainglory, DOTA2 and the like.