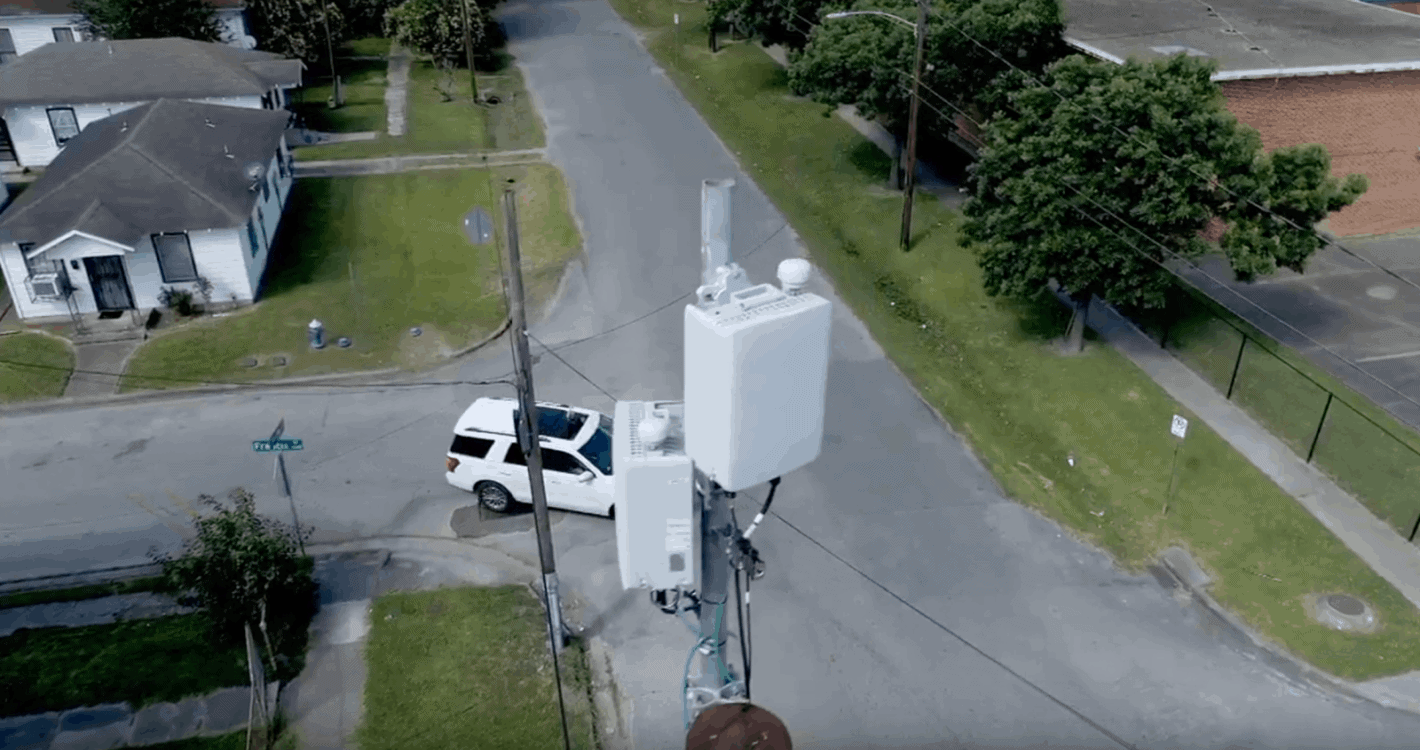 At Qualcomm's annual Snapdragon Tech Summit in Maui, Hawaii this week, two of the largest carriers in the US demonstrated an active 5G network, just to give attendees a taste of what's to come in 2019. The two companies have been in Maui for months preparing for this demonstration, which is being done with Qualcomm's 5G modem, which is part of the Snapdragon 855 chipset, also announced at its Snapdragon Tech Summit 2018 this week. Now this is not the first time that Qualcomm has had its modem connected to a 5G network, it has been working on this for quite some time. But this is the first time that there is an active 5G network available.

Verizon is demonstrating its 5G network on a MiFi hotspot, which is an all-new device from Inseego (the maker of MiFi), which will be available sometime in 2019. It'll be running on Verizon's 5G NR mobile network that it has deployed in Maui to show off during Qualcomm's Snapdragon Tech Summit this week. The demo will be a VR-enabled healthcare application, by Inseego's patented 5G MiFi Technology. This MiFi Hotspot from Inseego is powered by the new Qualcomm Snapdragon 855 Mobile Platform, and the Snapdragon X50 5G modem. It also has Qualcomm's latest antenna modules with integrated RF transceiver, RF front-end and antenna elements. Inseego says that this MiFi Hotspot will also offer next generation Wi-Fi performance using Qualcomm's QiFi 6-ready mobile solution. Inseego also shared that its MiFi 5G NR Hotspot was able to consistently achieve more than 2Gbps of speed and under 10 milliseconds of latency in multiple component carrier aggregation scenarios. This is real-world trial data from Inseego and Verizon and not in a lab somewhere, which is also a big deal. Though, this is on a network that has a limited number of 5G devices connected to it, which does help to boost the speed, since there is a ton of bandwidth available to be used.

Verizon's 5G Labs, which are in New York City, and there will be a few more opening in Washington, DC, Los Angeles and the Bay Area soon. These labs are available for different use-cases of 5G. There is currently one that showcases distance learning, allowing you to be in the classroom in real-time, without any latency. And there is also one that showcases cloud gaming, allowing you to stream games over the air, and experiencing zero latency, which is particularly important when it comes to first-person shooting games. These are all use-cases that Verizon believes 5G will really help its customers to experience.

AT&T Believes 5G Will Unlock Value For Its Existing Services

AT&T's Kevin Peterson also spoke during the keynote at Qualcomm's Snapdragon Tech Summit today, and stated that 5G is going to be huge for its content, under WarnerMedia. Being able to deliver media from WarnerMedia faster, is going to be a big deal for AT&T. The carrier is also talking about how a company that is more than just a carrier, will be able to push 5G further. AT&T also talks about how 5G can help in retail, services industry, manufacturing and the Internet of Things. Peterson stated "I think this technology is key to unlocking value", when talking about AT&T's current products and how AT&T can help its customers get their jobs done.

During the keynote today, AT&T reiterated that it is planning have 5G available in 19 markets in 2019, after launching in 12 markets in 2018. It is also looking to expand its 5G network rather quickly, and of course launch some new 5G compatible products so that customers can actually connect to their network. AT&T will be demoing its 5G network in Maui this week during the Qualcomm Snapdragon Tech Summit, using "pucks" or mobile hotspots. It has already announced a NETGEAR Hotspot that works on 5G NR and it is being used in Maui for this network.

Background: AT&T and Verizon have both already debuted its 5G network in a handful of markets in the US, though it will be more widely available in 2019. With 5G coming to many more markets – as well as on other carriers including Sprint and T-Mobile. 5G is the next big thing for wireless carriers, just like 4G LTE was a few years ago. So carriers are spending a ton on their networks to get 5G ready. Verizon has a fixed 5G network up now, while other carriers are focusing on a mobile 5G network first – meaning that you can walk outside your house and still use its 5G network.

However, as Verizon stated during its part of the keynote today in Maui, to have a strong 5G network, you're going to need a strong 4G network to fall back on. That was partly Verizon touting that it does have the best 4G LTE network right now, but it is also very true. This is because 5G is really an upgrade to 4G LTE, using new technology to expand the capacity and coverage of the network – which is how 5G is offering much faster speeds, up to 100x faster than 4G LTE. While the trials that both AT&T and Verizon have done so far only net speeds around 1Gbps to 2Gbps, 5G is supposed to offer up to 5Gbps speeds. That is something that will likely be a few years down the road, especially seeing as a number of the standards for 5G are not yet complete.

Impact: This demonstration by both AT&T and Verizon is actually a pretty big deal. It is showing that we are getting closer and closer to having a 5G network available. But this doesn't mean that 5G smartphones aren't going to have terrible performance and battery life, because it will. Just like when 4G LTE came out a few years ago, 5G is going to need a few generations to improve to make battery life much better on smartphones. But the advantages to 5G are pretty large. For one, there is going to be more bandwidth, and also lower latency. Allowing users to do things in real time, which is a pretty big deal here.