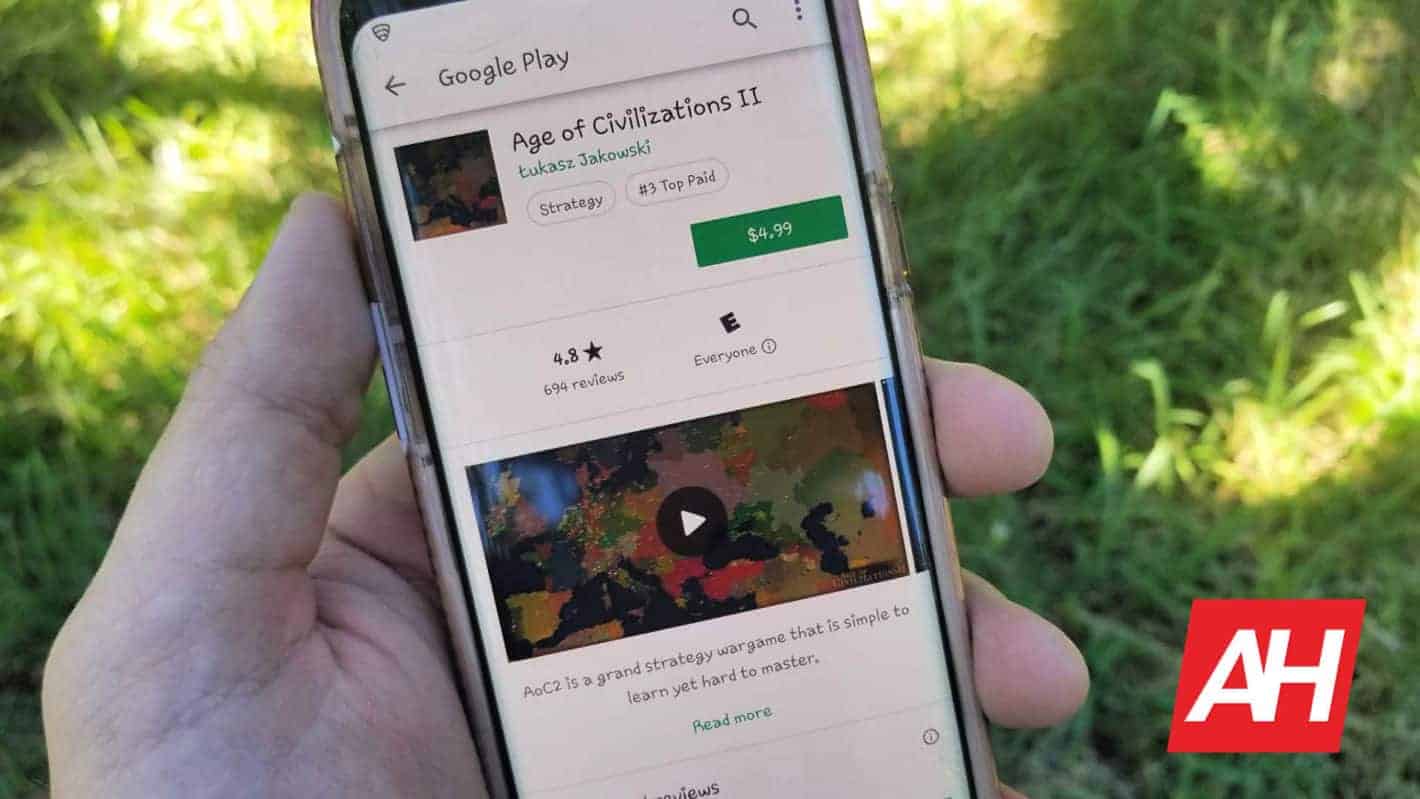 Age of Civilizations II, the second global war and diplomacy game from one-man dev house Lukasz Jakowski, is available right now on Android for $4.99. The game will see you managing relations, trade, and tactics from country to country across thousands of years. The game's timeline starts right when civilizations began popping up in the human population, and extends well into the far future. This extremely vast and complicated micromanagement sim features a gradual learning curve that lets players hop on board with minimal talent, knowledge, or commitment, and play their way, choosing to keep things simple or grow over time. There are more ways to play and customize things than ever before, making this a more well-rounded title than the previous game in the series and many of its contemporaries.

Background: This is a game of nearly endless possibilities. Choose an era, campaign, or civilization from a vast array of choices, and get rolling. If you want to play as Russia starting in World War II, go for it. Han China is also fair game, to name just a couple of possibilities. Maintain the economy, choose your nation's battles, and usher your people into an age of untold prosperity. You could also run the nation into the ground, if you really want to, or even build up a modern warmongering empire and take over the world. In doing all of those things, you can take advantage of a number of features that weren't present in the first Age of Civilizations game. There are more diplomatic options than ever, including peace treaties. Even a peaceful empire, however, can now be overturned by revolution. This goes double now that there are more diverse populations within civilizations, which means that not everybody is going to be happy with your every decision at the top of the ladder. There are also more types of government available. Outside of the core game, you can also create your own civilizations, change history with an editor, change  around terrain, and even share a game with tons of other people using the new hotseat mode, with each player assuming the role of an individual civilization.

Impact: This is an absolutely massive game made by a single person, rife with content and possibilities. It's an impressive feat, to say the least, and the $4.99 price tag across Google Play and Steam isn't really asking much. To be certain, a premium experience is on offer here, and there seem to be no microtransactions or ads in sight. The game has been met with overwhelmingly positive reviews on Steam since its release there back in November, and it seems that players on Android thus far have mostly also fallen in love. A game like this is extremely niche, and certainly not for everybody; this is not a bite-sized casual game that can be played with no forethought, and that inherently limits its potential market share in the Android gaming scene. Nonetheless, it will almost certainly prove as popular as the first game, if not more so, and help to keep a genre with fairly limited choices alive and pumping out new hits on Android and elsewhere.