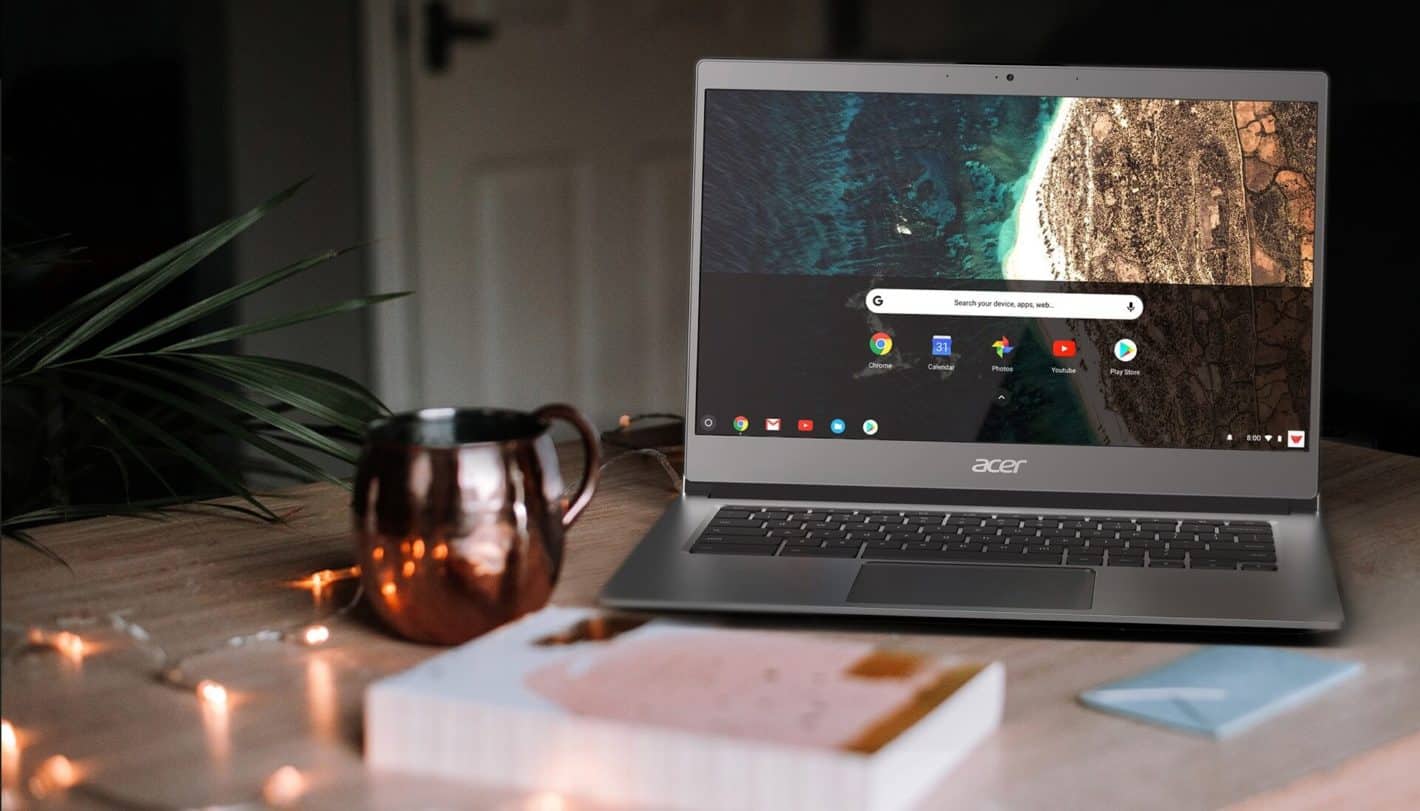 Acer's Chromebook 514 now has its own pages on the company's official site, following its initial launch back at IFA Berlin 2018 in August. There is currently no option to buy the 14-inch all-aluminum Chromebook direct from Acer as there doesn't appear to be any links or buttons leading to an external store or retail location. Acer also hasn't indicated when the Chromebook 514 might finally appear at retail or online. The company has its latest Chrome OS gadget listed under model number CB514-1HT-P2D1 and pricing of the device is set at $499.99. That's around $150 more than the starting price given at IFA but, the newly listed Chromebook 514 does feature a touch-enabled display as well. That means that this device is likely the more expensive of the two variants hinted at that event.

Background: All of the other specifications shown for the Acer Chromebook 514 still match up well with the original announcement with the exception of an apparent typo in the available model's dedicated page. The page clearly states that no memory card reader is present but images on the landing page for the device seem to imply otherwise and the initial launch information claimed one would be included. In the image, the device is shown in a silver coloration with a card slot along the left-hand edge next to the Chromebook's 3.5mm headphone jack. The opposite side includes a Noble lock slot while both edges house a USB Type-C port and a standard USB 3.0 port. The Type-C ports can each charge or transfer data as well as serving display-out purposes and an LED charging indicator is placed on the right-hand edge. The frame itself measures 9.1 x 12.7-inches and is just 0.7-inches (17.78 mm) thick with an overall weight of just over 3.3 lbs.

The upper lid is filled with a 1920 x 1080 anti-flicker display edged by bezels measuring just 6 mm in width and topped by an HDR camera. This is a clamshell style device so there's no 2-in-1 folding along a 360 hinge. But the Acer Chromebook 514's keyboard does feature individually backlit keys and is accompanied by a Gorilla Glass coated touchpad for a smoother feel and scratch-resistance, two stereo speakers are embedded on the underside. Chrome OS on this model of the Acer Chromebook 514 is driven by a quad-core Intel N4200 Pentium chip with a base frequency of 1.1 GHz and coupled with integrated HD Graphics 505. 8GB of LPDDR4 memory backs that up along with 64GB of flash storage. Wi-Fi 802.11a/b/g/n/ac is used for connectivity. Finally, a 3,920 mAh capacity battery provides a claimed 12-hours of life on a single charge under normal usage.

Impact: The pricing of Acer's Chromebook 514 appears to be the primary aspect to have changed since its announcement but another version of the device was revealed at the same time. What's more, no internal specifications were provided by Acer at IFA either. Instead, the focus was placed on the premium build materials, design, and similar features. So it wouldn't be unfeasible to presume that another, less expensive device is waiting in the wings with a dialed back processor or a smaller allotment of RAM.