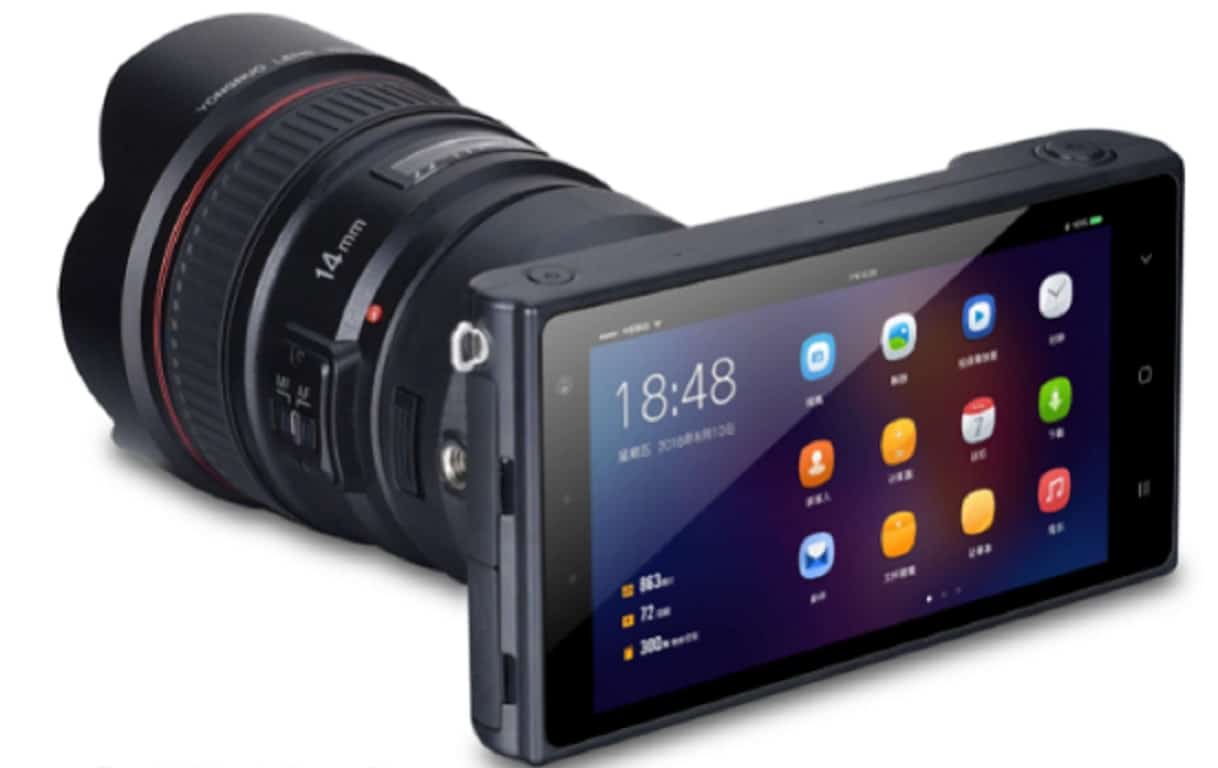 Chinese tech company Yongnuo has announced a new Android-powered mirrorless camera known as the Yongnuo YN450. The YN450 sports a 16-megapixel Panasonic M4/3 CMOS sensor and a dual LED flash, and it is compatible with EF DSLR lenses from Canon. The device can shoot in RAW format, and it could also record 4K video clips at a frame rate of 30fps. The device supports dual-microphone stereo recording, and it also includes a 3.5-millimeter headphone jack. Since the YN450 is a mirrorless camera, the device lacks an optical viewfinder and it instead shows a preview of the image on its 5-inch 1080p display. However, due to the lack of an optical viewfinder, these devices are significantly lighter and more compact compared to the DSLRs. Aside from its main sensor at the back, the device also includes another 8-megapixel front-facing camera.

The Yongnuo YN450 sports a Snapdragon octa-core chipset from Qualcomm, and it contains 3GB of RAM and 32GB of internal flash storage for temporarily storing the images captured by the camera. The internal storage can be further expanded using a microSD card with a capacity of up to 32GB. The device can connect to 3G and 4G LTE networks and it also supports Wi-Fi connectivity and location tracking using satellite navigation systems like GPS. The camera also includes a 4,000mAh battery, and it ships with Android 7.1 Nougat pre-installed. However, the device seems to run a proprietary skin on top of Google’s operating system. It is also not clear if the device will ship with the Google Play Store, which should allow the camera to download and install applications for editing images and videos directly on the device. It is also possible that the camera will simply use the Android OS as a software base or the manufacturer could also choose to include a different app store into the device. Furthermore, there is no information yet available regarding the pricing and the availability of the camera. The company also recently held a contest on its Facebook page that allows fans to provide a better name for the Yongnuo YN450.

Background: Cameras powered by the Android operating system were already released in the past. For example, Samsung launched the original Samsung Galaxy Camera in 2013, and its successor, the Galaxy Camera 2, was released in 2014. However, unlike the Yongnuo YN450, the two revisions of the Galaxy Camera feature an Optical Zoom lens, and it does not allow the user to attach third-party lenses. Nonetheless, the devices showed the potential of a camera running the Android operating system. For example, people who own these devices may edit the photos they captured using the apps downloaded from the Google Play Store, and they may share these images to their favorite social media applications directly from their cameras.