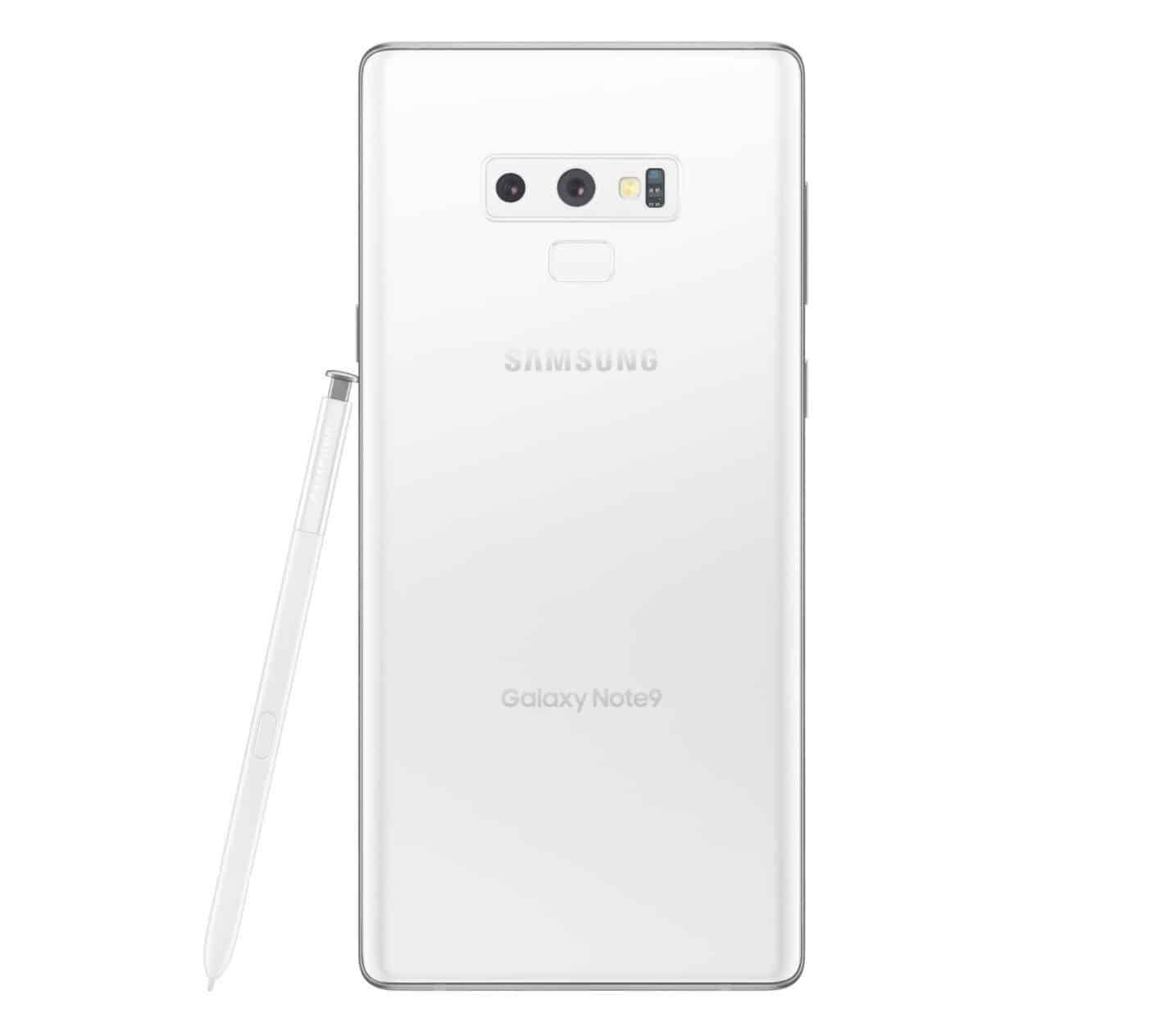 It seems like the white-colored Samsung Galaxy Note9 will become official after all, despite the fact some reports suggested that the image that surfaced recently is fake. According to a new piece of info that comes from Taiwan, ePrice, to be exact, Samsung will introduce the white-colored Galaxy Note9 on November 23. The device will be introduced first in Taiwan, and the source does not provide any info regarding its global availability, it remains to be seen if it will leave Taiwan at all, but it probably will. In any case, ePrice says that this confirmation came straight from Samsung Taiwan, and if that is true, then this launch is definitely happening. Samsung will probably announce the arrival of this smartphone in the coming days, at least via a teaser or something of the sort. That teaser will probably come via Samsung Taiwan’s official social media channels, as it’s unrealistic to expect Samsung’s global account or US account to tease the arrival of the device that will occur in Taiwan, unless Samsung plans to do the same in other markets soon as well, in which case we may see some sort of a confirmation pop up on Samsung’s Global and / or US social media channels as well.

Background: The Samsung Galaxy Note9 was originally announced back in August, and it’s currently available in Metallic Copper, Lavender Purple, Ocean Blue, and Midnight Black color variants, depending on the market, of course. If it gets announced the white-colored Galaxy Note9 will be the fifth color variant the device is available in, and chances are Samsung will give it a special name as well, something along the lines of Front White, this is just an example, as the phone’s name has not leaked yet, so we can only speculate. The Galaxy Note9 is the company’s current flagship smartphone, the most powerful device Samsung ever released. The device is made out of metal and glass, and it comes in two SoC variants, one is fueled by the Exynos 9810, and is available in Europe, while the other one is fueled by the Snapdragon 845, and it can be purchased in the US and China. The Galaxy Note9 sports really thin bezels, a rear-facing fingerprint scanner, wireless charging, and it comes with two cameras included on its back, not to mention that stereo speakers are also a part of this device.

The Galaxy Note9 features a 6.4-inch 2960 x 1440 Super AMOLED display which is protected by the Corning Gorilla Glass 5, and the phone includes 6GB or 8GB of RAM, depending on the market, and those two variants come with 128GB and 512GB of storage, respectively. Two 12-megapixel cameras are included on the back of the phone, the main camera packs in a wide-angle lens, while the secondary is a telephoto camera. An 8-megapixel camera can be found on the phone’s front side, while the device packs in Bluetooth 5 as well. A 4,000mAh battery is also included in this package, and it is not removable, while it can be recharged rather fast using Qualcomm’s Quick Charge 2.0 fast charging. The device supports wireless charging as well, both Qi and PMA standards. The Galaxy Note9 is IP68 certified for water and dust resistance, while it sports the largest display Samsung has ever included in the Galaxy Note-branded smartphone. It is also worth saying that the Galaxy Note9 is available in both single and dual-SIM variant, and that is also market-dependant. The dual-SIM variant actually sports a hybrid dual-SIM setup, 2x nano SIM cards, while the second SIM card slot can be used to expand the phone’s storage using a microSD card.

Impact: Releasing a white Galaxy Note9 makes sense for Samsung, especially in time for the holiday season. Not only is the phone appropriate for the winter with its color scheme, but it will also help the company to refresh its Galaxy Note9 offerings, simply by offering yet another color option to its consumers. This variant will hopefully become available in more markets, aside from Taiwan, though we need to wait for a confirmation of that, of course. The back side of the phone will be all white if the leaked render is to be believed, but we still do not know what to expect when it comes to the front side of the device. Chances are that the whole device, save for its display, will be white-colored, though there’s always a chance that Samsung will opt to keep the front side of the device black-colored, though, as it helps keep those bezels hidden, and makes the whole experience of using its display more immersive. Considering that the phone is launching in less than a week at this point, we’re only four days away from its launch, the phone may actually launch in at least one more image before it becomes official, and its front side may be revealed in a new leak, stay tuned for that. The white Galaxy Note9 probably won’t bring anything new to the table save for a new paint job, as that was the case with previous Samsung-branded smartphones, and it makes all the sense in the world, as this is just a new color option, nothing else. The device’s S Pen stylus will probably be white-colored as well, as the leaked image suggested, unless Samsung opts to play around with its color, as it did for some version of the Galaxy NOte9 already, the Ocean Blue Galaxy Note9 comes with a yellow-colored S Pen stylus. Chances are that the leaked render is accurate, though, and Samsung will stick with the white theme on this device. Making this phone available in time for the holiday season in more than one market would be a perfect timing for its sales, and chances are that will happen. If the phone becomes available in Taiwan, chances are that it won’t take it long to make its way to both the US and Europe, but we’re only guessing at this point, we’ll see what will happen in the next week or two, and if the company will hint at the phone’s global launching during its launch in Taiwan on November 23.