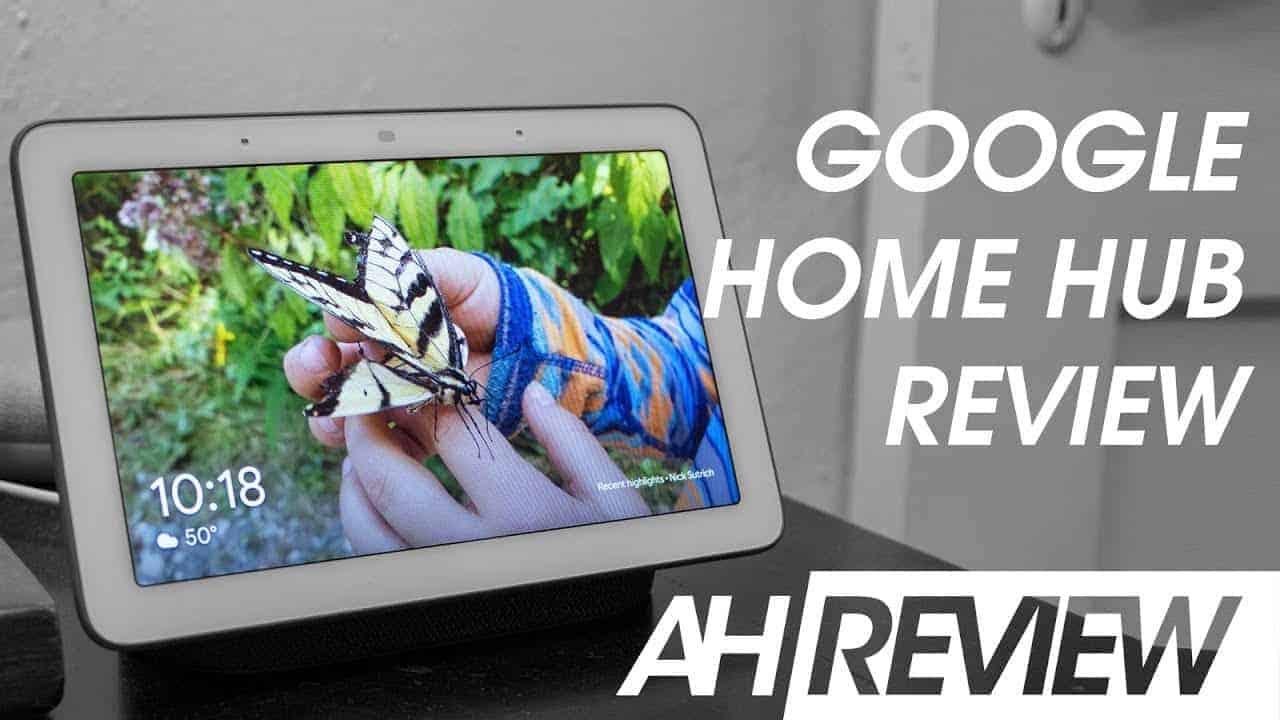 Smart displays started making their appearance not too long ago, and while Google is a bit late to the party, it's bringing a less expensive alternative to market in the Google Home Hub. The Home Hub is a simple product, powered by the new Assistant OS, which is based on Google Cast. Google announced the Home Hub at its New York City event the other week as the central hub of your smart home. Now that Google Assistant finally supports basically every smart home device on the market, Google Assistant can be used to control everything by voice, and in the Home Hub's case, can also be used to control it in a more visual fashion. Up at the top is a menu with all your rooms listed, set up as they are in the Google Home app, and from here you'll be able to issue some basic commands to your devices, depending on what each manufacturer has made available.

Voice commands are still more robust, but visual interaction with Assistant is something really special. It lays out all the commands you can do or at least a good sampling of the available ones, and it helps to see all of these in card fashion to truly understand the breadth of Google Assistant's power. Using Home Hub in the kitchen is pretty cool since it can be used to play back recipe videos, giving step by step ingredients and instructions both visually and audibly, one-upping the Assistant-powered speakers by providing a visual cue to double check yourself with. It's also fully hands-free, thanks to Assistant's robust voice commands, or can be interacted with via swipes and button presses. Videos can also be cast to the device on basically every major service except for Netflix. This is an issue on Netflix's end, not Google's, and isn't entirely likely to be added any time soon, as there are a large number of devices like this which Netflix doesn't officially support.

The Home Hub itself is likely a smaller device than you might expect. It's essentially a 7-inch tablet mounted onto a base stand which features cloth tapestry and a large rubber foot. The Home Hub comes in four rather neutral colors; Sand, aqua, chalk, and charcoal, and retails for $149, or slightly more expensive than the original Google Home. This thing is tiny compared to most other displays in the home, made to appear even more so because of the 65-degree angle it sits at, but is ergonomically designed to be viewed on any surface. The screen is surprisingly good, which is interesting since it's a very low-resolution LCD screen with 1024 x 768 resolution. That's a meager 169 pixels per inch density, which is about half of what's considered retina quality. This obviously will limit how much you can enjoy videos and the like on the screen, but the small amount of pixels on the display fades away when taking two vital traits into consideration: brightness level, and the ability for the display to change color based on light in the room. See all this in action in our video below, and find out what our final verdict on the Google Home Hub is. Don't forget to subscribe to our channel for updates as they land!