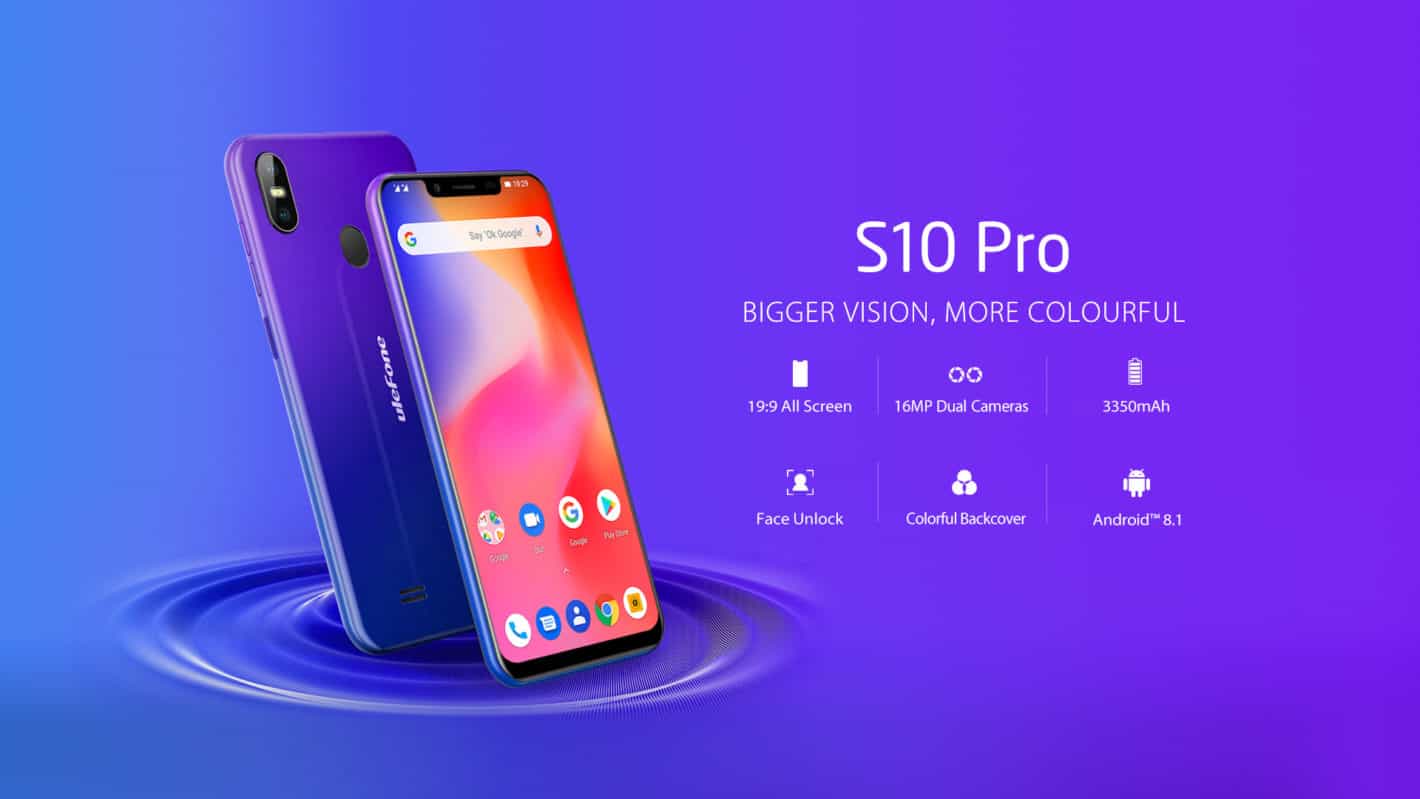 Ulefone has just introduced its new smartphone, the Ulefone S10 Pro. The Ulefone S10 Pro is a phone made out of metal and glass, and it actually comes with really thin bezels. Ulefone actually boasts about the design of this smartphone quite a bit. The device does include a display notch, as you can see, and that notch is quite wide. Other than that, you will also notice a thin ‘chin’ below the display, and that’s all as far as bezels are concerned. The phone’s display sports rounded corners, while there are two vertically-aligned camera sensors on the back of the phone, while an LED flash is placed in-between them. A fingerprint scanner lies on the back of the device, while there are three physical keys on the right, volume up, volume down, and power / lock buttons. Ulefone’s logo is also placed on the back of the device, while the phone’s cameras protrude on the back a bit.

Now, in terms of specs, this is an entry-level smartphone, even though its design may suggest otherwise. The Ulefone S10 Pro features a 5.7-inch HD+ (1498 x 720) display, along with 2GB of RAM and 16GB of expandable storage (expandable up to 128GB via a microSD card). The MediaTek MT6739WA 64-bit quad-core processor fuels this phone, while the device includes a 3,350mAh non-removable battery on the inside. 13 and 5-megapixel cameras are included on the back of the phone, while a single 5-megapixel camera sits on the front side of the device. The device comes with two SIM card slots (nano SIM + micro SIM), while Bluetooth 4.0 is also a part of the package. The device supports 4G LTE, while it ships with Android 8.1 Oreo out of the box. The Ulefone S10 Pro comes in Gold, Black, and Auroreous (gradient) color variants, while it measures 149.2 x 72.2 x 9.65mm, and weighs 171.5 grams.

In addition to announcing the phone, explaining its design and specs, the company has also shared the very first promo video for this smartphone. That video is embedded down below, and it has a duration of about half a minute. That video will briefly introduce the phone to you, including its design, and some of its features. If you’d like to know more about the phone, follow the link down below.