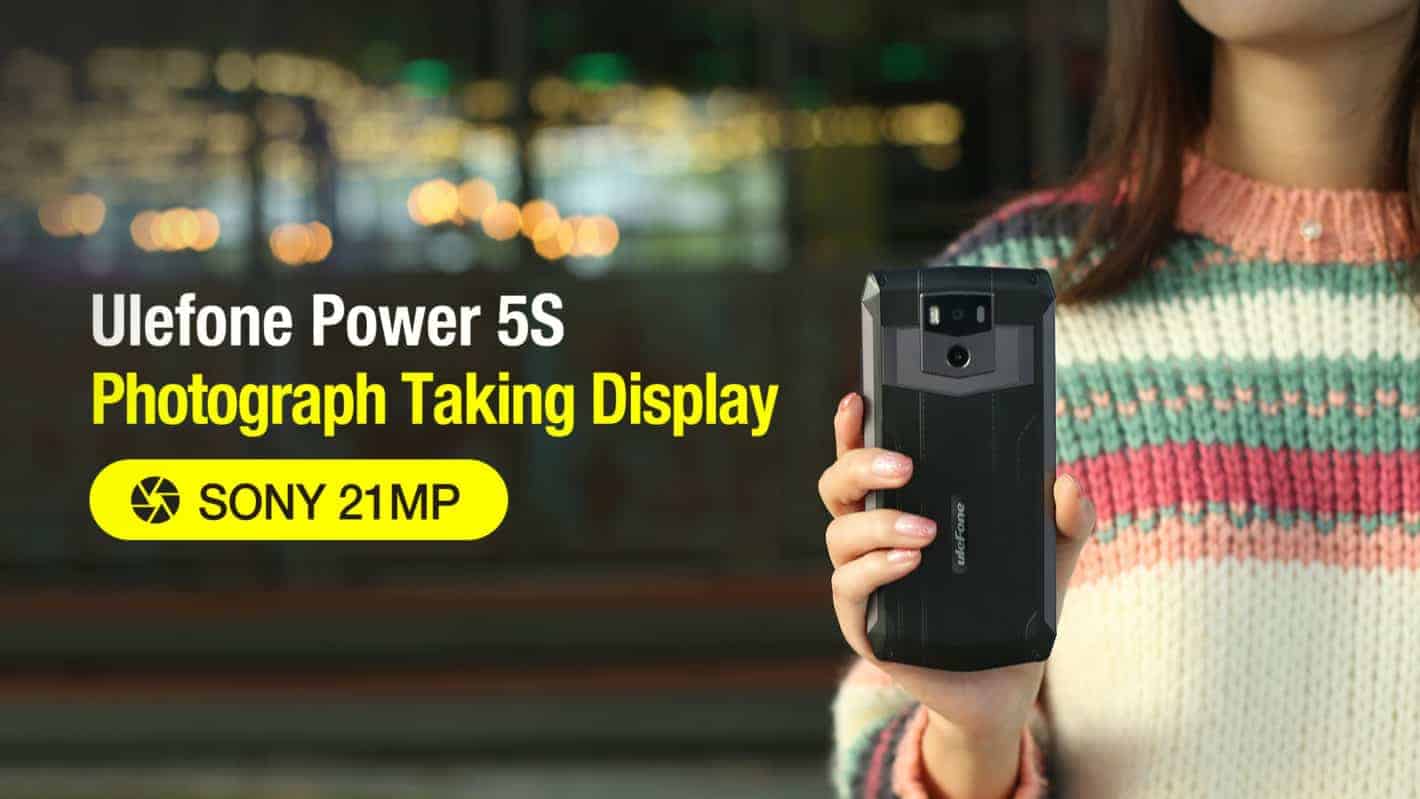 In order to promote its Ulefone Power 5S smartphone, Ulefone has just released a new promo video via YouTube. The name of this promotion is "Ulefone Power 5S Photograph Display", and in the video, the company basically shared the phone's camera specs, and it shows a girl taking photos with the device, while samples of those shots are also attached. The company shares only daylight samples in the video, as the Power 5S is not primarily a camera smartphone, after all, but those daytime shots turned out okay, both selfie and regular shots.

Those of you who are wondering what cameras does this phone sport, it comes with 21-megapixel (Sony's IMX230 sensor, f/1.8 aperture, OIS) and 5-megapixel cameras on the back, while you'll find 8-megapixel (f/2.2 aperture) and 5-megapixel cameras on the phone's front side. The Ulefone Power 5S is a rugged smartphone, but despite that, it actually looks really nice. The Power 5S comes with a leather back, though the vast majority of this phone is made out of metal. One of the phone's main selling points is its battery, as the Ulefone Power 5S features a 13,000mAh battery on the inside, which is the largest battery pack inside one of Ulefone's devices. That battery is not removable, but it supports 5V/5A fast charging, and 10W fast wireless charging. This is one of the very few rugged phones who support wireless charging.

The Ulefone Power 5S features a 6-inch fullHD+ (2160 x 1080) display, along with 6GB of RAM and 64GB of expandable storage (expandable up to 256GB via a microSD card). The phone is fueled by the Helio P23 64-bit octa-core processor by MediaTek, and it comes with a side-facing fingerprint scanner. There are two SIM cards lots included here, two nano SIM card slots. Android 8.1 Oreo comes pre-installed on the device, while the phone itself weighs 330 grams, it's built like a tank. In case you'd like to purchase the Ulefone Power 5S, or simply get more info about the device, follow the link down below.