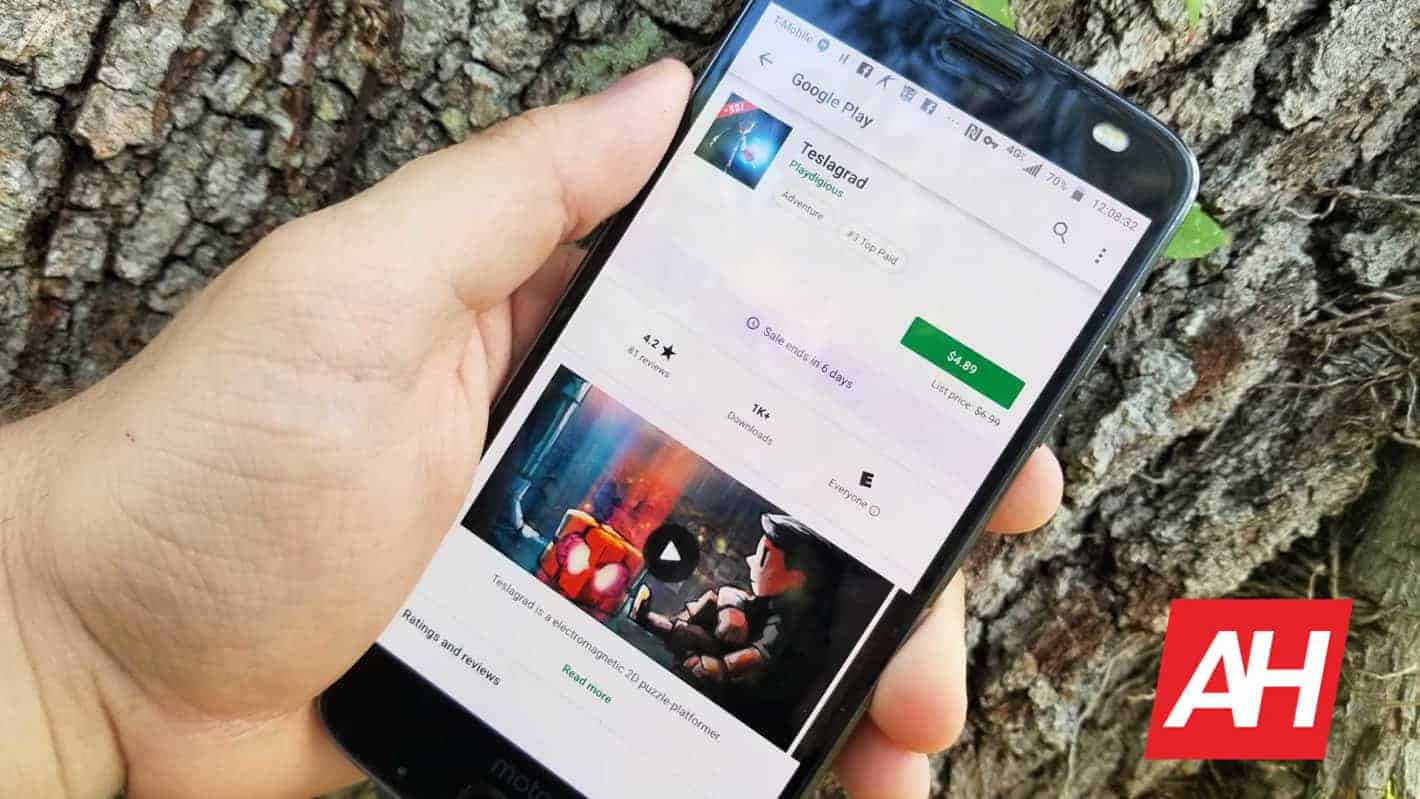 In Short: Teslagrad is exactly what the name implies; you'll use gear inspired by the works and legacy of the late electric whiz Nikola Tesla to take down an iron-fisted king. The game revolves around a young protagonist who flees his home and heads to the abandoned tower of Teslagrad, where he will obtain technological marvels created by a sect of geniuses called the Teslamancers that was long ago dismantled by the evil king. These powerful tools can do things like send objects flying, levitate the player, send out powerful electric beams and more, all using the power of electromagnetism. The game has enjoyed popularity on consoles and PC since 2013, and its rollout on mobile platforms is punctuated by a deal that knocks the $6.99 game on Google Play down to only $4.89 for a limited time. To put that price into perspective, the Steam version is currently $9.99, while those hoping to play it on a Sony PlayStation 3 or PlayStation 4 will need to fork over $14.99.

Background: This is a very striking game in a number of ways, and one of the first things that will hit you right in the face when you load it up is the beautiful, handmade graphics. Animations are smooth, and the world is given life and personality by the punch of the graphics. As for sound, there are a number of memorable tunes and realistic sound design for many of the enemies and effects. You'll traverse treacherous puzzles across a number of well-designed levels, and fight all sorts of mechanical monstrosities in your quest to unlock the secrets of the Teslamancer order and use them to finally overthrow the evil king and bring peace to the fictional Kingdom of Elektropia. The game has won tons of awards on the many platforms it's visited since 2013, and now Android gamers have the chance to snap it up for the cheapest it's ever been on any platform.

Impact: Teslagrad is widely considered a sleeper gem in the indie genre, and its launch on Android is yet another success for the platform in using indie and low-spec hits to bridge the gap between console and mobile gaming. While more well-known titles like Shovel Knight, Undertale, and Cuphead may not have made their mobile debut just yet, the flow of titles like Teslagrad onto Android can only be expected to increase. Additionally, this is a premium game with a price tag at download and no ads or microtransactions of any sort, a business model that's even being displaced in the modern console gaming market. This stands in stark opposition to the dearth of freemium content currently on the Play Store that is decidedly hit-or-miss in terms of quality. Seeing a game like this succeed on Android would likely embolden more small publishers and dev houses. Though piracy on Android is a big problem due to how utterly easy it is, the OS can still provide fertile grounds for big payouts when a game is popular enough, and it has a lower barrier of entry and more flexibility compared to consoles.