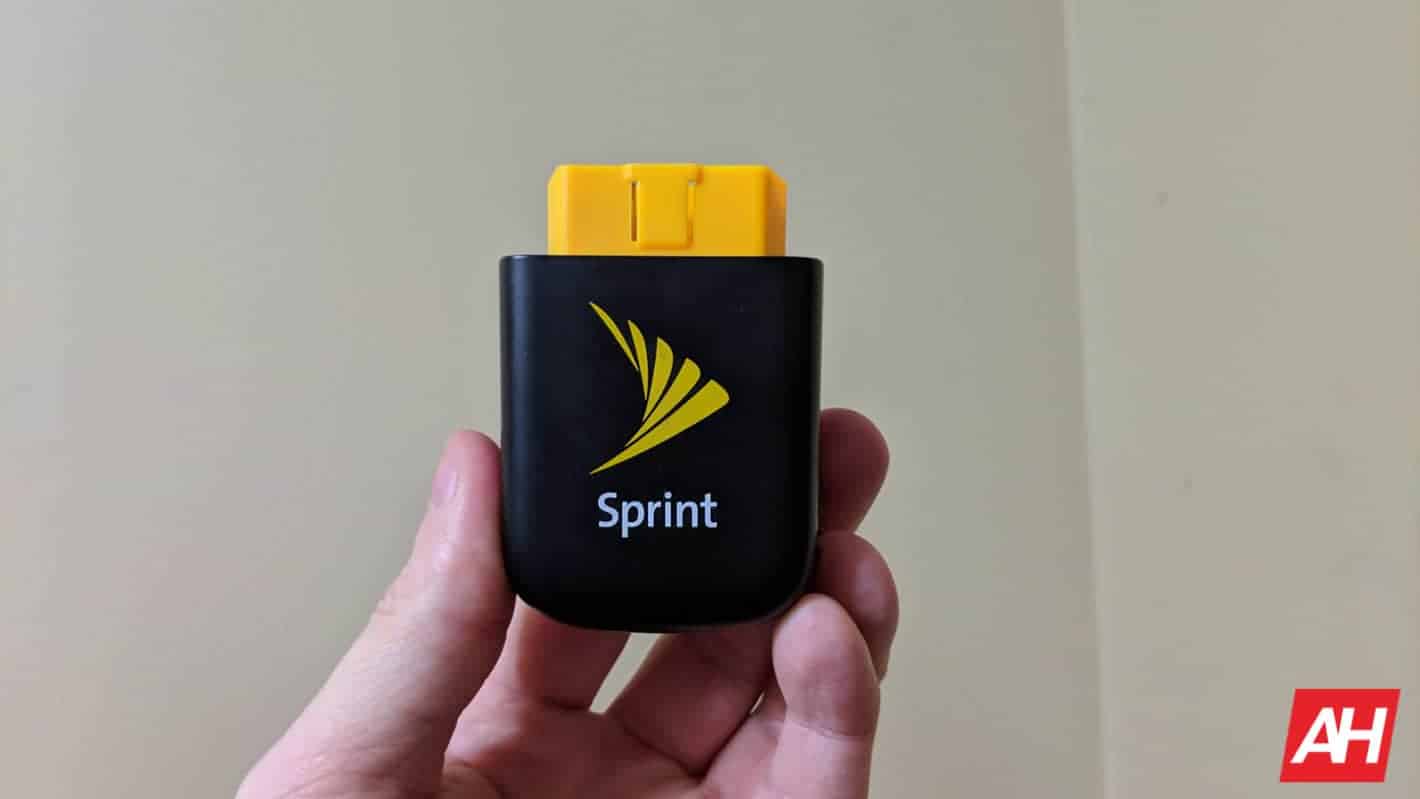 Sprint has joined the rest of the wireless carriers, in offering a OBD-II dongle that has WiFi Hotspot built-in, as well as roadside assistance and vehicle tracking. It's a great way to make your car "smarter", without spending a fortune. This dongle is aptly named Sprint Drive, and it will cost you $120. Or you can pick it up for just $5 per month on a two year contract. Now Sprint does offer 2GB of data as well as an unlimited data plan with the Sprint Drive.

The list of features for the Sprint Drive is pretty long. It can of course track your vehicle in real-time. This is going to allow you to see where you parked (seeing as we've all come out from somewhere and forgotten where we parked). It will also give you trip history, so you can see where you've driven too, and how much gas you used (it will also translate it to show you how much money you spent on gas for that trip, based on current gas prices). Sprint Drive offers Aggressive Driving Alerts. These Alerts are here to make you drive safer, but also conserve gas a bit, and allowing you to make that tank of gas go a bit further. The real reason you should buy the Sprint Drive, however, is for the Maintenance Notifications. Your "Check Engine" light might come on, but what does that actually mean? Well, Sprint Drive will tell you. With the app, it is able to tell you the error code that the light is giving out, and also decipher why that light is on. So instead of needing to go to a mechanic to get your car fixed, you can simply fix it yourself, or get the parts and have a mechanic fix it. Which will cost much less. The other reason is for 24/7 roadside assistance. So if your car breaks down, Sprint Drive will allow you to use the roadside assistance and get some help. Of course, there is also a WiFi Hotspot here, which is going to allow you to connect to your car's WiFi network – running on Sprint's network – for streaming music and so forth.

Background: Many wireless carriers have debuted their own OBD-II dongle in recent years, as a way to get into more cars. AT&T is already in cars, offering 4G LTE built into cars with many auto makers like Audi, Chevrolet, Ford and others. But with an ODB-II adapter, Sprint and other wireless carriers are able to offer more to their customers, which is even more important. The real reason for Sprint selling this is the WiFi Hotspot, which is still pretty small at 1GB. But that is what is included at the $120 price tag, and available to non-Sprint customers. So that you can have your kids connect to the WiFi network and have them watch movies and such on a long road trip, keeping them nice and quiet. But offering up vehicle diagnosis and driving alerts are also great features to have included here, especially for those that want to keep track of that information, and want to know why their Check Engine light has appeared.

Sprint Drive is a OBD-II dongle that pretty much competes with the Automatic Vehicle Adapter that has been very popular in recent years. It is priced about the same, and Sprint offers WiFi connectivity here, which is pretty nice. Now many of you might be wondering how Sprint is able to offer WiFi connectivity here when this isn't being plugged into anything other than your vehicle. Well, by plugging into the OBD-II port, you are getting power to that dongle, and allowing it to put out a WiFi signal. It's actually pretty slick, and definitely a cool feature to have baked in here. Especially for those that do go on long road trips.

Impact: If you are someone that does a lot of driving and would rather use a WiFi hotspot over your phone's 4G LTE throughout that trip (maybe for streaming music), then this is going to be a really good option. Sprint only offers 2GB for $10 per month, or get unlimited for $25 per month, as far as data plans go. Which that in itself is a really good option. Especially if you do spend a ton of time in the car driving everyday. But the vehicle features that come with Sprint Drive is also a really good reason to buy this. If you have teenagers and want to make sure that they are driving safely, Sprint Drive can help you out with that. As you can see not only where they are driving, but how safe they are driving. With the Aggressive Driving Alerts, you can see how they have been driving. If they were hitting the gas hard, or braking suddenly, and even how fast they were going.

The Sprint Drive is available from Sprint right now, and as mentioned, it will cost you $120 or $5 per month. Now since it will cost you the same amount whether you buy it outright or finance it over 24 months, it doesn't matter which one you do. But the $120 upfront will likely be a better idea, since you won't need to worry about paying Sprint every month or raising your smartphone bill, and that is always a good thing. The OBD-II dongle is available now from Sprint's website and in their stores, and it will work with virtually any car that was built after 1996. Which should be the majority of cars on the road right now. So even if you do have an older car, Sprint Drive is going to work perfectly well with your car, and give your older car some smarts, and that's always a good thing. You can purchase the Sprint Drive from Sprint's website using the link below.

Advertisement
Sprint Drive
Trusted By Millions
Independent, Expert Android News You Can Trust, Since 2010
Publishing More Android Than Anyone Else
18
Today
170
This Week
170
This Month
3336
This Year
104813
All Time
Advertisement