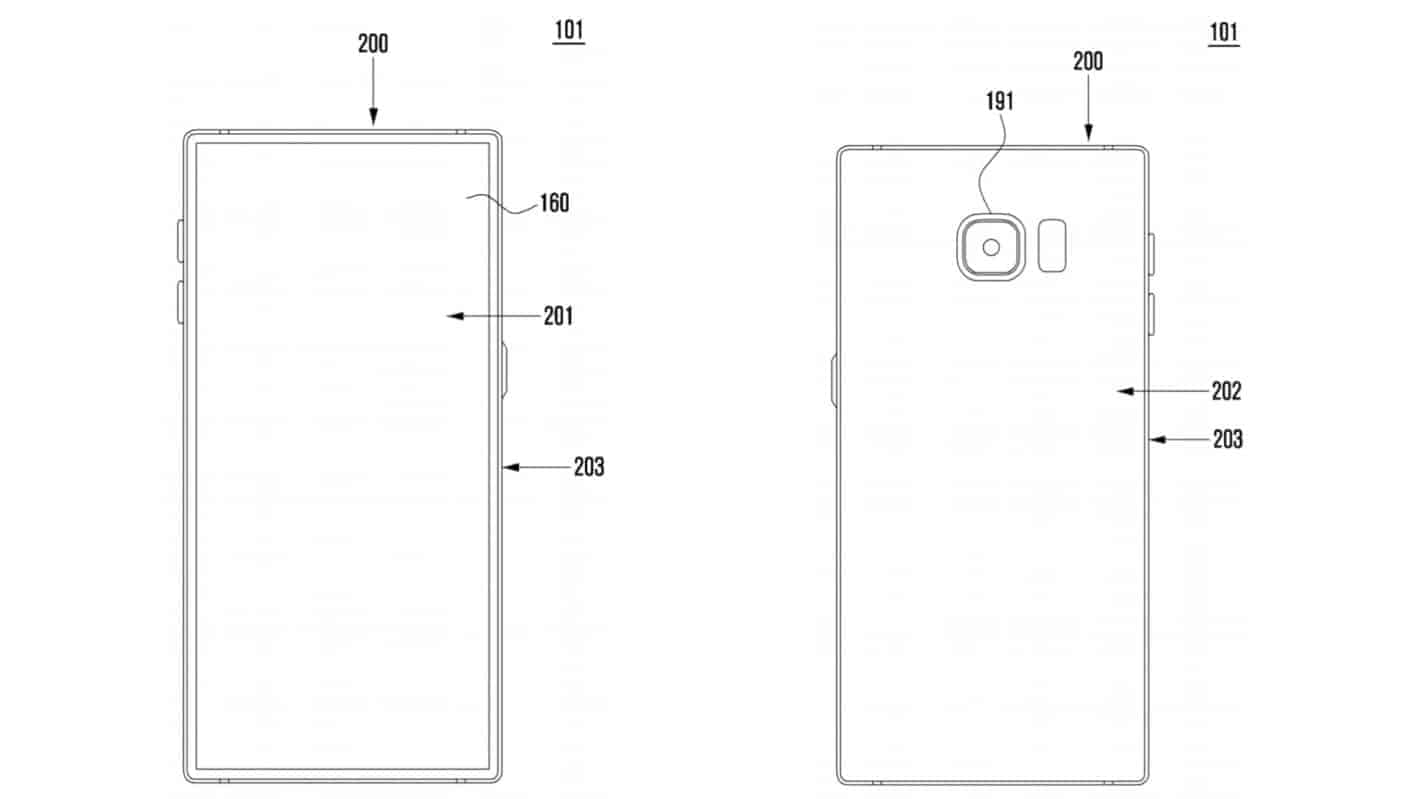 Samsung is looking to go beyond fingerprint scanners with its in-display sensors to include antennas and a better integration of selfie-cameras, based on a recent patent published by the World Intellectual Property Organization and spotted by Dutch tech blog LetsGoDigital. The listing showcases a Samsung branded smartphone that features a nearly edge-to-edge screen design with no notches for front-facing cameras in the glass covering. Instead, the associated documents describe a method for placing microphones, receivers, and sensors behind minuscule cutouts in the display panel itself, buried underneath the glass top layer. Those would be accompanied in that position by the handset’s radio antennas as well as at least one camera-related sensor placed near the top of the panel. However, the patent actually describes the camera module as being placed near the center of the device and underneath the display panel itself – marked in the included figures under the designation ‘707a’. That seems to suggest that Samsung has devised a new method for shooting photos directly through the display or for capturing data using sensors placed near the top of the device and then routed to a centrally located camera module.

Background: Prior to the recently awarded patent, Samsung’s efforts to reduce the screen real estate taken by front cameras and sensors have covered a wide range of possibilities. That includes at least one recent suggestion by a company executive indicating that for at least one of its devices, that might be placed in a small lens-sized cutout instead of a notch. That would essentially trade out missing square found on many modern flagships and often viewed with moderate disdain for a small circle through which the camera sensor captures images. Beyond that, the company has chiefly stuck to including a large enough top bezel to take a more traditional approach.

On the other hand, antennas and other sensors have typically adorned the external edges or rear panel of Android handsets. For antennas, in particular, that has remained fairly standard because it’s an efficient way to include the hardware required for mobile communications without too much interference. But the results of that have been hit-or-miss depending on the device model, with some handsets suffering severe connectivity issues caused by poor placement. The latest patent seems to address that through a new method for distributing the antenna under the display panel and away from the edges. Meanwhile, Samsung has already been making strides toward incorporating a fingerprint sensor under the panel and current rumors suggest that the next-generation flagship model – the Galaxy S10 – will include one such solution. That’s meant to help the company create a device that uses almost all available space at the front for the touchscreen, according to the most recent rumors.

Impact: It isn’t immediately clear whether or not Samsung plans to pursue cutouts in the viewable display area or if this new patent points toward an in-display camera module that captures images without the need for cutouts. The patent does include the mention of a secondary “projector” technology that could, speculatively, be at least one solution to mask any cutouts required for the design. However, there’s no guarantee that the patented technology will ever see use in the real world. 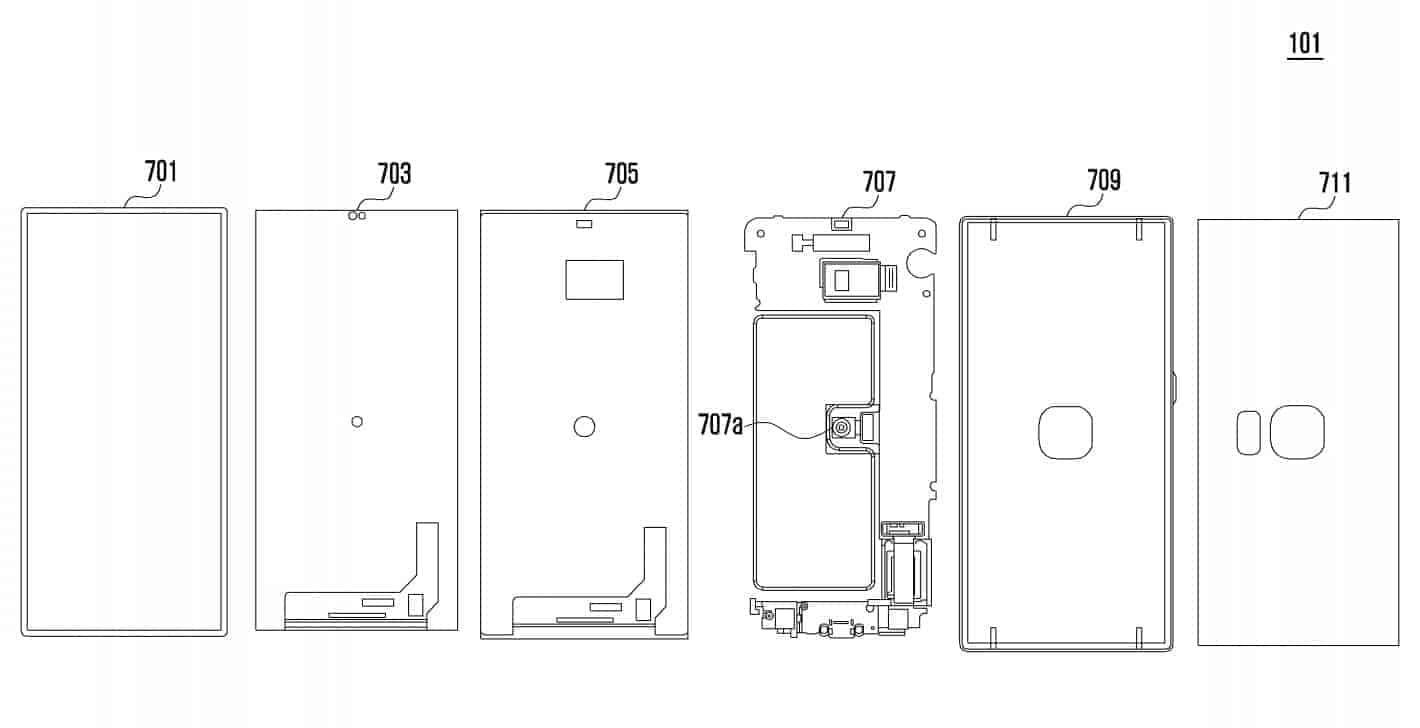 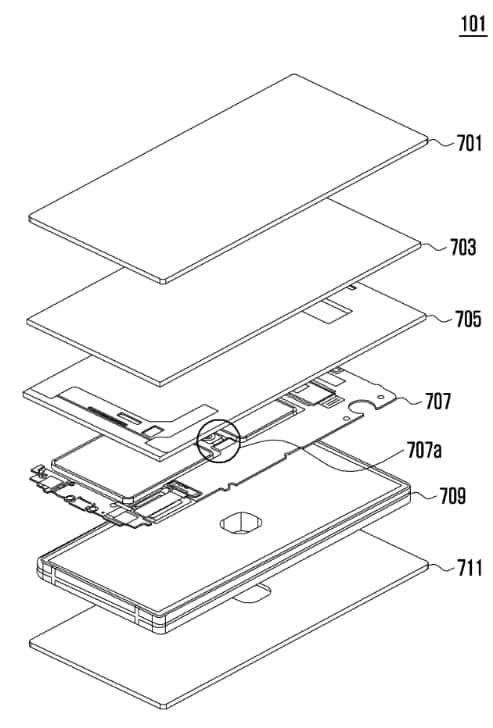 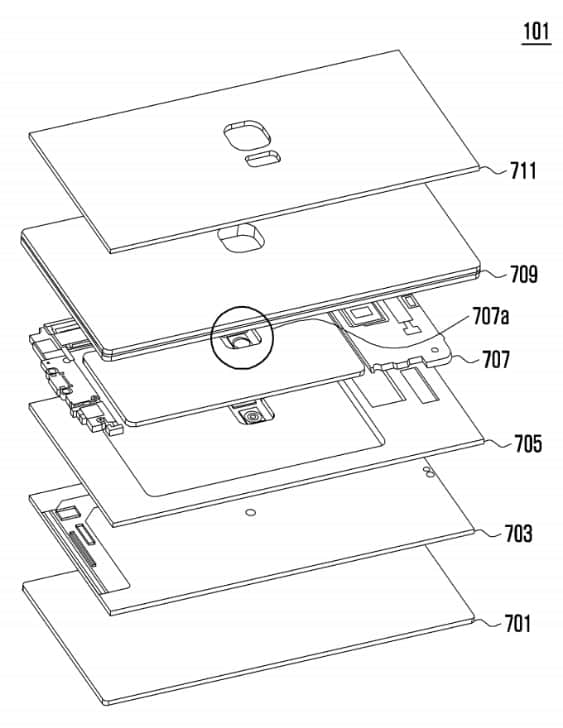 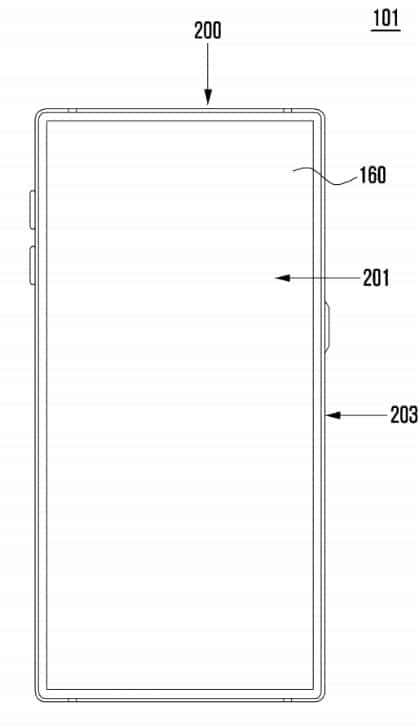 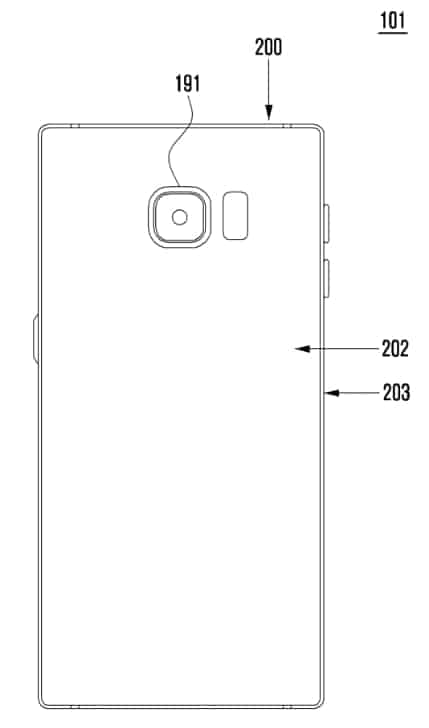 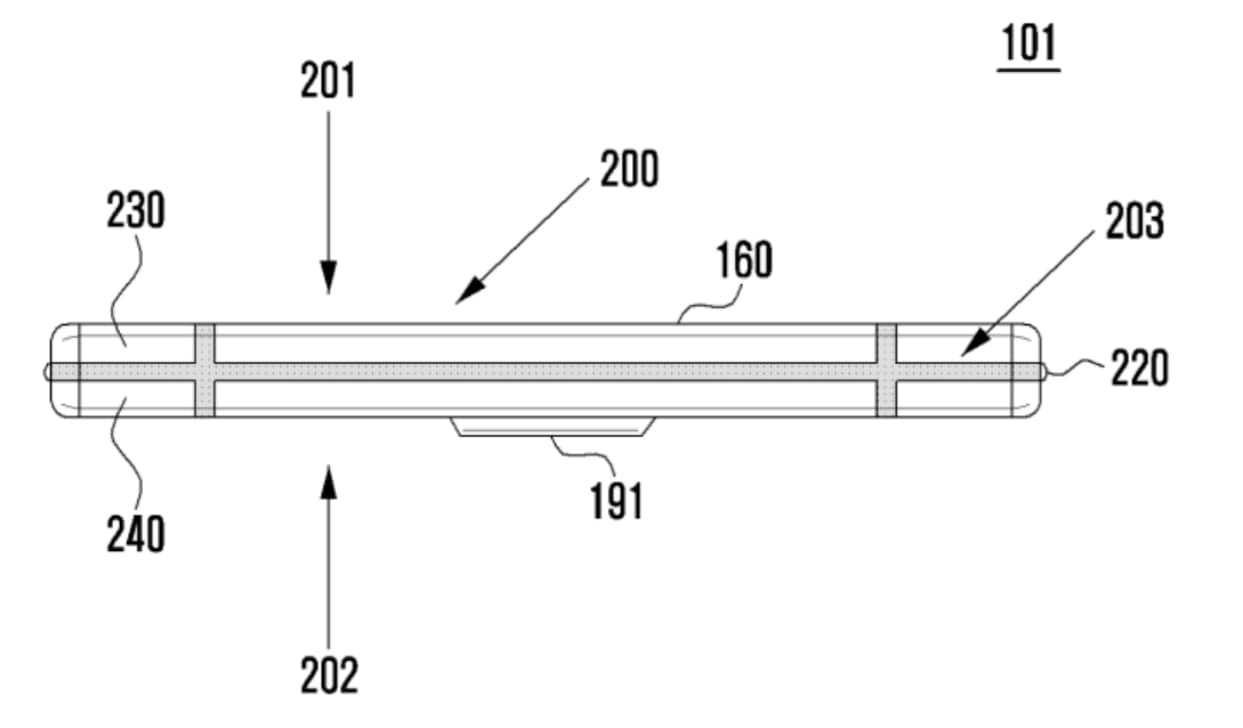 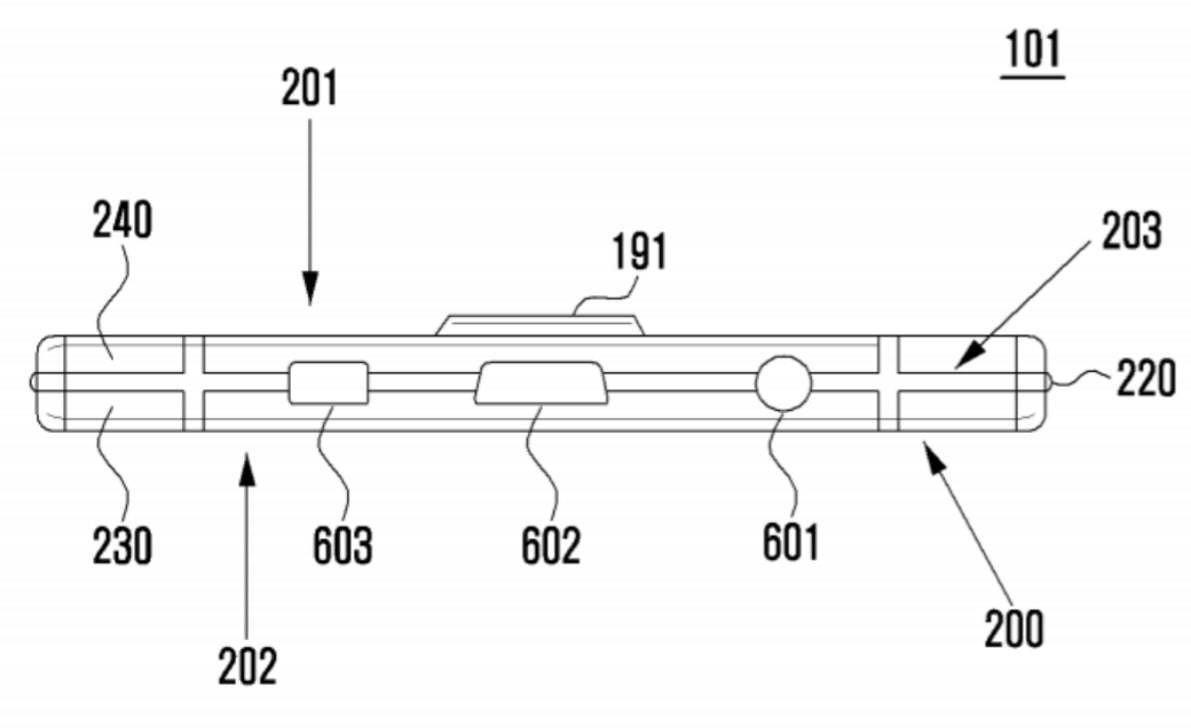 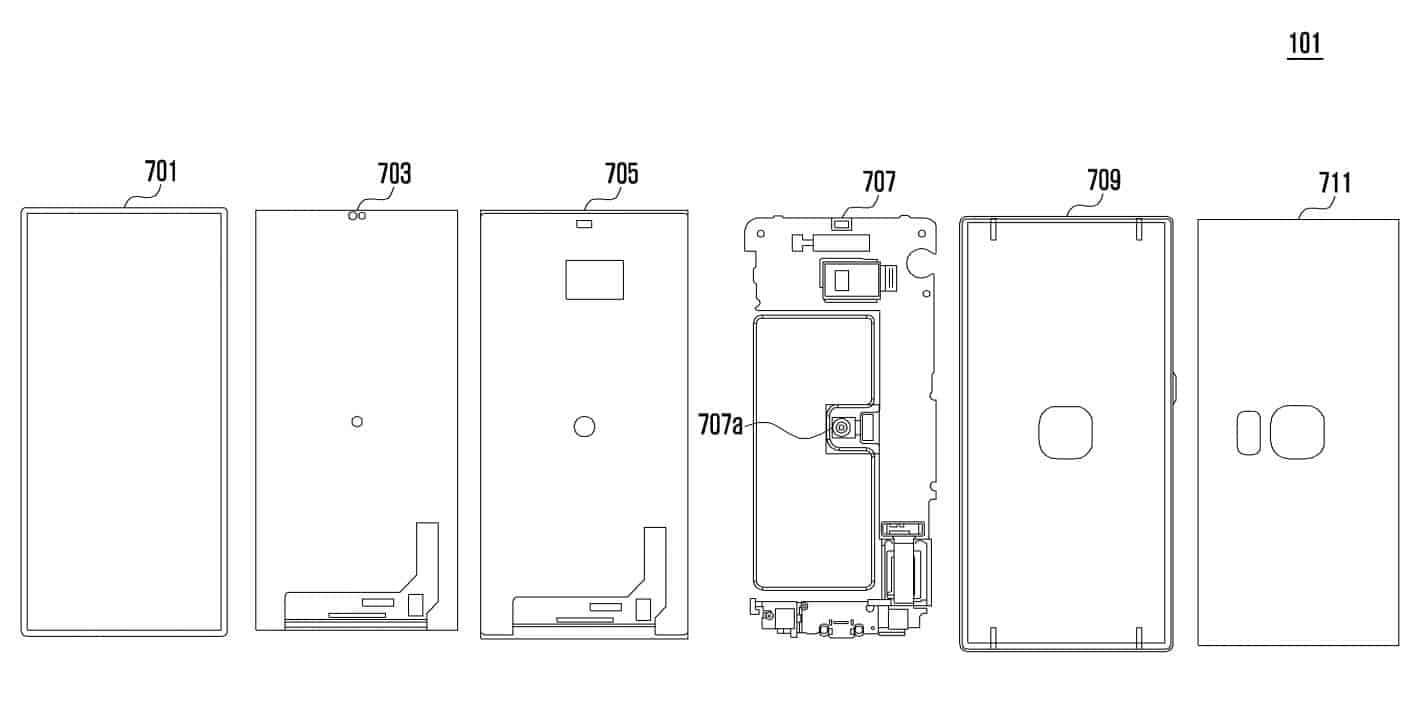