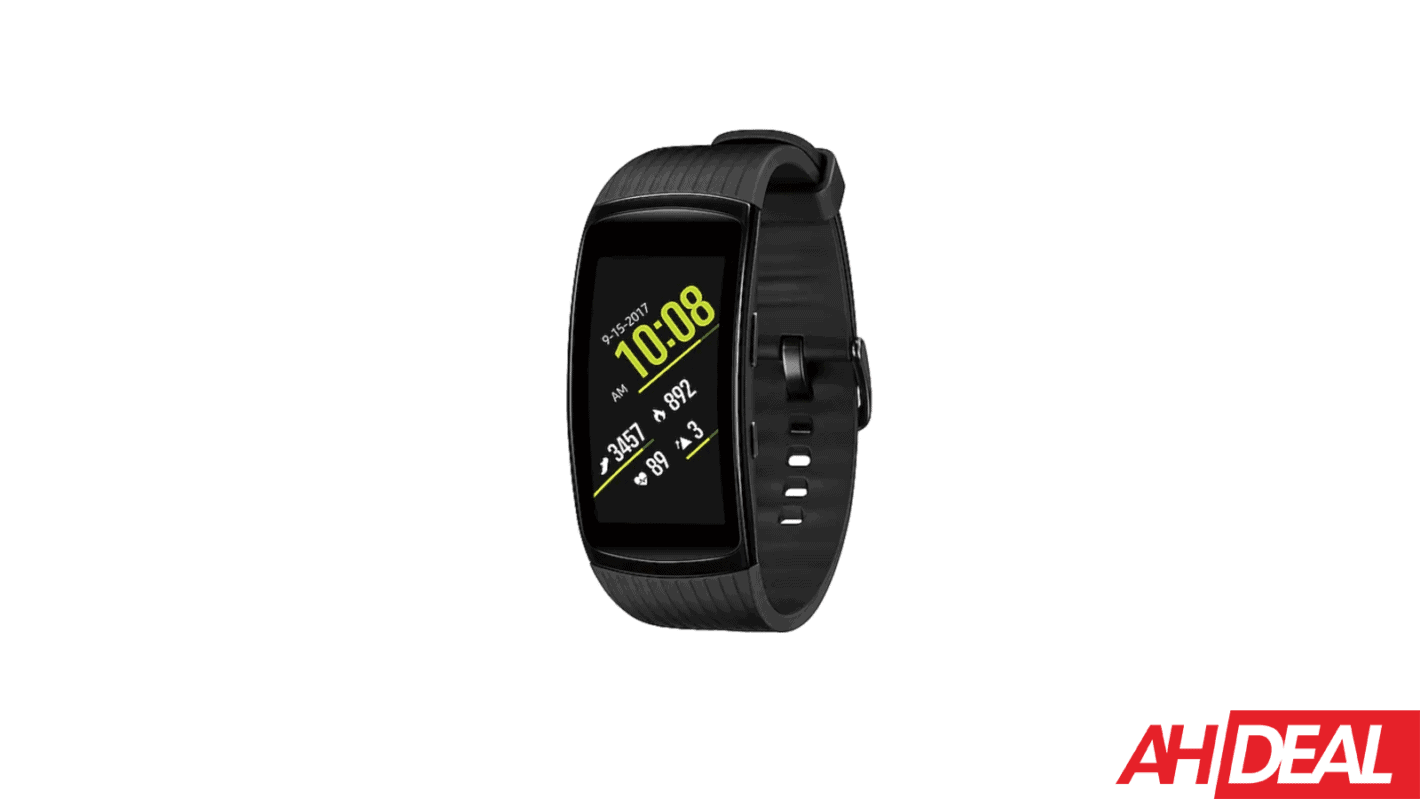 Samsung is discounting the Gear Fit2 Pro for Cyber Monday, bringing it down to just $149. That is good for $50 off of its regular price, and makes it a really good option for those that are looking for a new fitness tracker this year. This is effectively Samsung's cheapest wearable in its portfolio right now, and it's one of the best as well.

The Gear Fit2 Pro was announced last year, but since it is a wearable, it is still a pretty good buy in 2018. That is because Wearables don't need to be upgraded as quickly. The Gear Fit2 Pro is now waterproof, which means that you can take it into the pool without worrying about it getting damaged. But it can also track your swimming, which is definitely a nice feature to have here. The Gear Fit2 Pro can still track all of the usual metrics when it comes to fitness tracking, that includes steps taken, calories burned, workouts and even your sleep. It will also last longer than a regular smartwatch, with battery life of around a few days here. The Gear Fit2 Pro isn't going to be on sale for long, so you'll want to grab it before it's gone. You can pick it up from Samsung's website using the link below.

Samsung Gear Fit2 Pro - Samsung.com - $149
Advertisement
Trusted By Millions
Independent, Expert Android News You Can Trust, Since 2010
Publishing More Android Than Anyone Else
5
Today
73
This Week
181
This Month
4166
This Year
105643
All Time
Advertisement