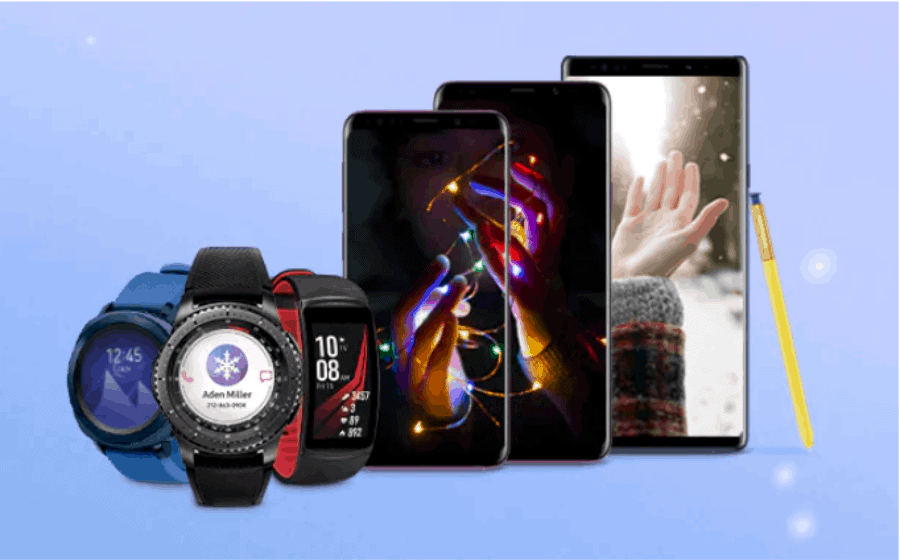 Samsung has started its 12 days of deals, which brings a new deal each day. These deals are good that day only, and today Samsung is kicking it off with a pretty incredible deal. If you purchase the Galaxy S9, Galaxy S9+ or Galaxy Note9, you can get the Gear Fit2 Pro for free. Or if you're not a fan of the Gear Fit2 Pro, you can get the Gear Sport for $49, or the Gear S3 Frontier for $99. Unfortunately the Galaxy Watch is not part of this deal. But this is still a really good deal to take advantage of today, especially if you're looking for a new wearable. In fact, you could take care of two people on your list with this deal. Get a new phone for someone and give someone else the new wearable.

The Galaxy S9, Galaxy S9+ and Galaxy Note9 are fantastic smartphones to pick up, and the best part of this deal is the fact that you don't need to put the phone on a finance plan, you can buy it at full retail and still take part in this deal. This works on all of the carrier models and the unlocked version as well. The Unlocked model is the best of both worlds, since it does work on all four US carriers – AT&T, Sprint, T-Mobile and Verizon – and it doesn't have any carrier bloatware or logos on it. It's also the same price as the carrier models. Now if you do want to finance it, you have the option of financing it through your carrier's finance program, or through Samsung, which is also a good option. All options offer 0% Interest too. So there are plenty of good options here for purchasing these phones and getting a sweet wearable with it.

The Galaxy S9 and Galaxy S9+ are largely the same device, though the Galaxy S9+ does have that larger display, battery and a second camera. Both sport the Snapdragon 845 chipset with 4GB and 6GB of RAM respectively. They also come with 64GB of storage, but there are 128GB and 256GB options available too. There is also a micro SD card slot available for expanding storage, should you need a bit more space on your device. The Galaxy Note9 on the other hand, is another beast. It has a 6.4-inch Quad HD+ Super AMOLED display, Snapdragon 845 chipset, 6GB/8GB RAM and 128GB/512GB of storage. There is also a micro SD card slot available here for expanding storage if you need it – though you probably don't. And it also has that S Pen that is so familiar to Galaxy Note users, along with a massive 4000mAh capacity battery.

Samsung has a number of products on sale, as holiday shopping starts to heat up. So you'll want to shop Samsung's latest deals, which is linked below. You will find everything from smartphones, to wearables, to TVs, to refrigerators and everything in between. Samsung does make a bit of everything, and they are all going to be discounted at some point or another.

Shop Samsung's Holiday Deals
Advertisement
Trusted By Millions
Independent, Expert Android News You Can Trust, Since 2010
Publishing More Android Than Anyone Else
25
Today
144
This Week
399
This Month
5143
This Year
106618
All Time
Advertisement