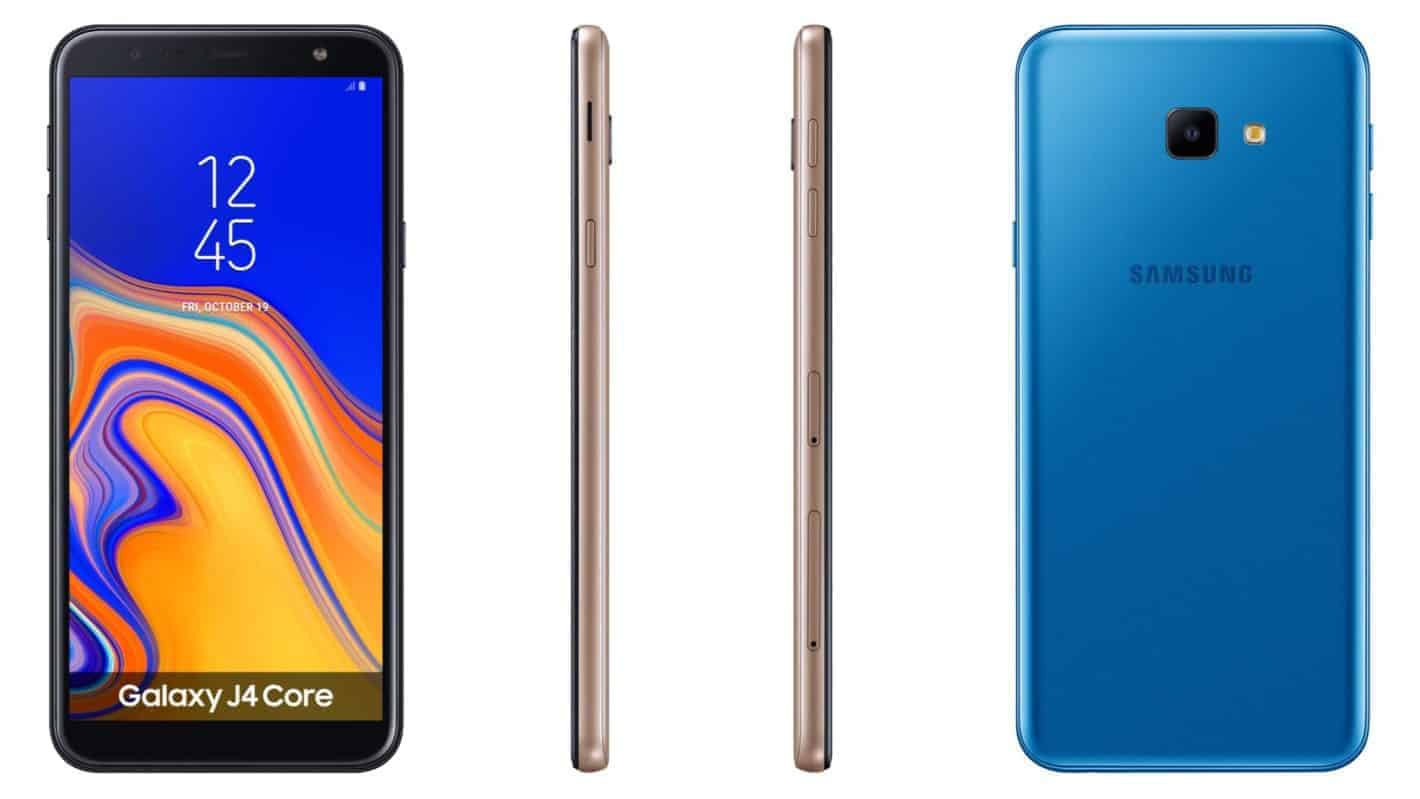 Samsung has now confirmed that a second Android 8.1 Go Edition smartphone is on the way, posting a new press release to its official website outlining details of the Samsung Galaxy J4 Core. No pricing or availability information is included and, most likely because this is a budget handset, not every detail about the handset is provided either. Setting that aside, Samsung lists the Galaxy J4 Core as a 6-inch handset with an HD+ TFT display panel rated with a resolution of 720 x 1480. That equates to an 18:9 aspect ratio for this smartphone’s touchscreen, with the overall device measuring 160.6 x 76.1 x 7.9mm and weighing in at just 177 grams. Above that display, Samsung is including a 5-megapixel selfie shooter with a f/2.2 aperture. Moving to the back, with three colorations including black, blue, and gold set to be available, an 8-megapixel primary camera is accompanied by a single LED flash.

The lightweight Android Go version of Android 8.1 Oreo, meanwhile, is powered by an unspecified quad-core SoC with a clock speed of 1.4GHz and backed up by 1GB RAM and 16GB of micro SD card expandable storage up to 512GB. That SoC supports additional modules for Wi-Fi 802.11 b/g/n in a single channel configuration at 2.4GHz as well as Bluetooth 4.2 on the connectivity front. GPS, GLONASS, and BeiDou are included for location services. The 3,300mAh battery powering the whole package is charged via USB 2.0.

Background: Prior to showing up on Samsung's official pages, this particular handset had already made an appearance through a leak at one retailer's site in Brazil. So most of the details that are now official from Samsung itself were already known for this smartphone. Neither launch regions and timeframes or pricing were made available at that time either. However, as the company's second-ever Android Go-based handset and given the company's naming conventions, the Samsung Galaxy J4 Core is also expected to follow in the footsteps of another Android Go handset from Samsung, the Galaxy J2 Core. That other device is similarly designed explicitly at the lower end of the budget-friendly smartphone spectrum and was first released in Latin America, India, and other Asian markets as well as the European market. It will be almost certainly be headed to the US and other regions too, following new entries for the handset at the FCC. The new Samsung Galaxy J4 Core is most likely an iterative step-up from that other device and should follow a similar release pattern at a slight increase to cost, accounted for by its larger display and storage capacity.

Impact: As with other Android smartphones operating on Android Go the Samsung Galaxy J4 Core is going to be relatively inexpensive but should maintain a semblance of performance due to the heavy optimizations present in that version of the OS. It will also lack a huge swath of features commonly found on Samsung's flagships and even many of its midrange devices. With that said, that shouldn't make this handset any less desirable to those who need a large and capable smartphone with a nearly stock Android experience and without breaking the bank.