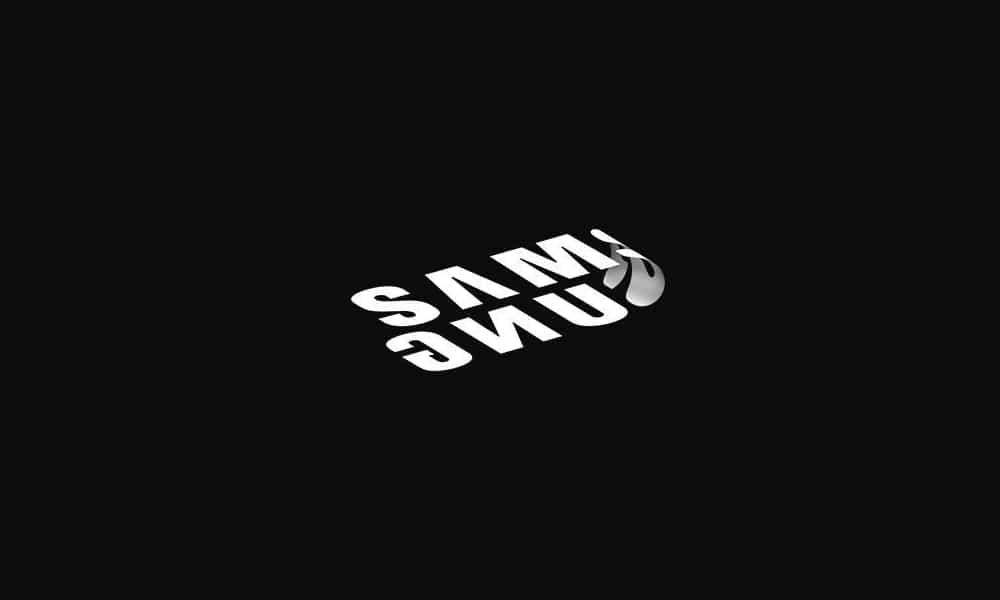 Samsung has just posted a new image on its official Facebook page, and that image clearly suggests that the foldable phone is on its way. To be clear, this image appeared on the company's 'Samsung Mobile' official Facebook page, and the company actually set that image as its profile picture for that Facebook page (featured picture on the company's Twitter page has been changed as well). As you can see, this image shows Samsung's logo, but the logo itself is folded, just like a foldable display would in a foldable smartphone. That logo is pictured on a black background, and that's pretty much it, the company did not offer any additional explanation regarding this, as expected. It is worth noting, though that the company is expected to share some info regarding the phone's UI at this week's SDC (Samsung Developer Conference) 2018, even though the company still did not confirm anything of the sort.

Background: It is important that you do not mistake this phone with the upcoming Samsung W2019, which had surfaced a number of times thus far. The Samsung W2019 is a flip phone, it's basically a regular smartphone that comes in a flip phone shape, so the upper portion of the phone (when opened) will host two displays, while the other part will host a battery, physical keyboard, and so on. Having said that, the company's foldable smartphone aka the phone we're talking about today, will actually sport a foldable display. So, its display will be laid out as on a regular smartphone, but it will fold up, at least that's what we're expecting, and what the company is hinting at. Countless reports have surfaced in the past regarding this smartphone, and the company had patented a ton of tech that could be implemented in such a smartphone.

Having said that, some recent reports suggested that Samsung's foldable smartphone will feature a 7.3-inch foldable internal OLED display, and on top of that, it will also feature an external display which will measure 4.6 inches in diagonal. The in-folding display will be completely hidden away when the phone is folded, of course, while the external one will be visible at all times. According to reports, the phone may be called the 'Galaxy F', as the 'F' would stand for 'Foldable', while the device is reportedly using the model number 'SM-F900U', which resembles the Galaxy S line's naming scheme. The Samsung F900USSQU0ARJ5 is reported to be a unit that is being tested in the US, you'll notice the 'US' part in the software build's tag.

That's not all, though, Samsung is reportedly developing a unique user interface that will be included in its first foldable smartphone, and that UI is allegedly developed in collaboration with Google, which is quite interesting. The Galaxy F is rumored to sport 512GB of internal storage, it will open up like a regular flip phone, while its price tag will be around $2,000, if rumors are to be believed. The phone is also said to weight 200 grams, at least its prototype is, and the company may actually include a smaller battery on the inside of that phone in order to compensate for the weight of its displays… if the company opts to decrease its weight for the final model, of course. The hinge that will be used for this phone was tested extensively, rumors say, and it can be folded over 200,000 times, if the info is to be believed, it's quite sturdy. The company is actually not expected to release this phone as soon as you may expect, as the device is rumored to become available in the second quarter of next year, but it will probably be fully announced sooner than that.

Impact: Now, not many people know that there is a company out there that actually released a foldable smartphone already, and the company is called Royole Corporation. The full name of that phone is the Royole FlexPai, and you can read more about it by clicking here. The Royole FlexPai will not attract nearly as much attention as Samsung in this regard, though, and in all honesty it will probably turn out to be an inferior product in many ways, but we'll have to wait for Samsung to present its offering in order to see what's what. That being said, Samsung is not the only company that is planning to release a foldable smartphone in the near future, as LG seems to be working on one as well. If one of the recent leaks are to be believed, LG may actually introduce its foldable smartphone at next year's CES (Consumer Electronics Show), which will take place in January, in Las Vegas, as is the case every year. We do not have all that much info about that device at this point, but it will be a competitor to Samsung's offering, that's for sure. Some other companies may opt to release such a phone in 2019, like Huawei, for example. The company's CEO, Richard Yu, did say recently that the company is planning to release such a phone in less than a year, so Huawei's offering will probably arrive in the second half of the year, though next-to-nothing is known about it, as we did not see any concrete leaks regarding that phone. Royole Corporation had managed to surprise us all with the release of the FlexPai smartphone, so some other companies may as well in the near future, you never know, but all eyes are now on Samsung, LG, and Huawei, as those three companies are clearly working on their foldable smartphone offerings. Huawei will quite probably be the last to introduce its foldable smartphone, comparing those three companies, as LG may do it at CES, while Samsung is also expected to do it in Q1 2019, so the other Korean tech giant may do it at CES as well, which will make that tradeshow quite interesting. It remains to be seen how popular will foldable smartphones be, as these early units will cost a lot, and they have only one advantage over other phones, the fact that they're foldable makes it possible to pact larger displays in smaller form factors.