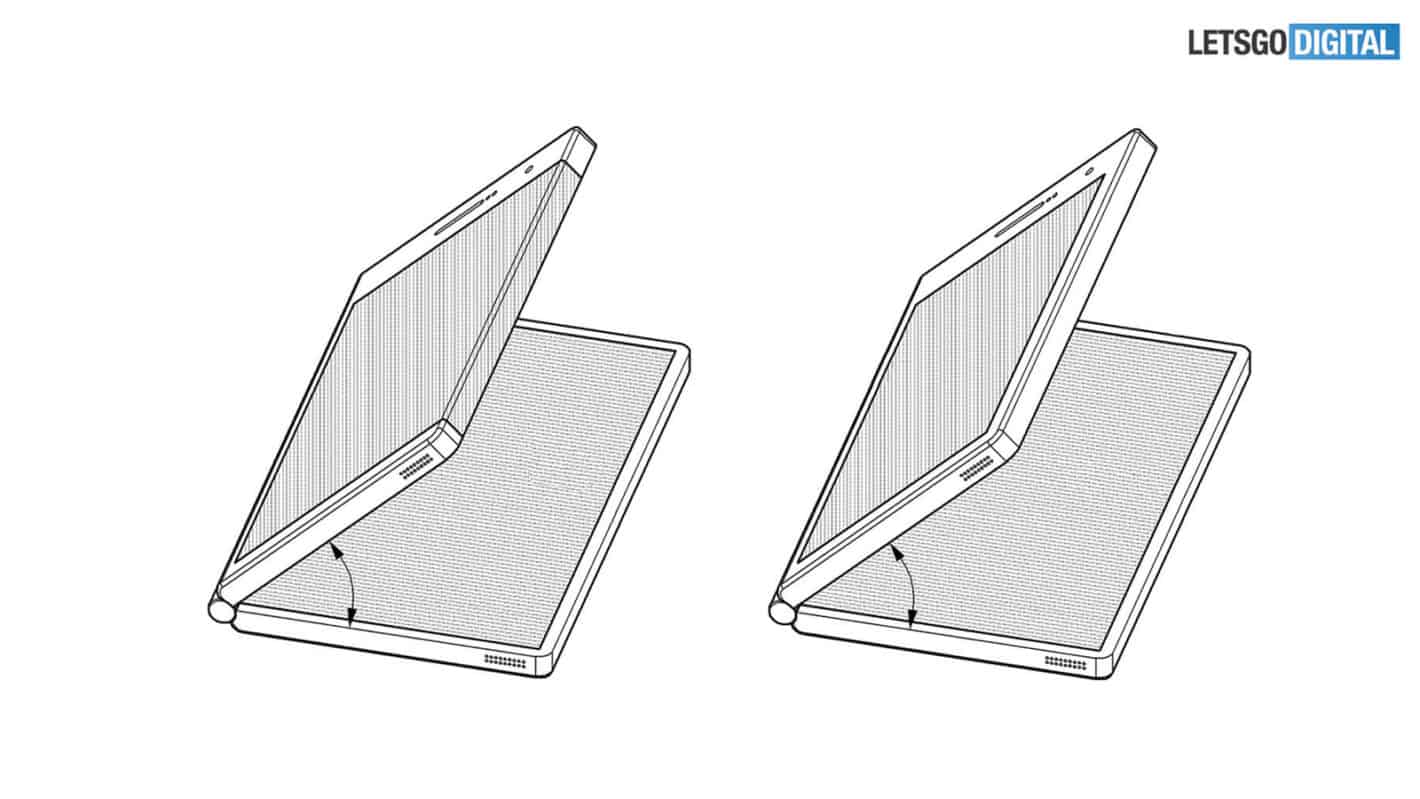 Samsung's future foldable smartphones may feature hologram projectors, according to a recently published patent application discovered by Dutch tech blog LetsGoDigital. The newly uncovered filing appears to resemble the "Infinity Flex" display Samsung announced earlier this month but isn't believed to be an accurate depiction of the firm's seminal bendable handset expected to be officially introduced early next year. Instead, it describes a handset with an integrated "hologram device" projecting 3D images into the air, as well as bezels that are somewhat thinner than what Samsung showcased on stage at the latest iteration of its annual developer conference.

Much like the already unveiled prototype, the sketches in the newly sighted patent show a device with two display areas (but presumably a single panel), one on each side of the smartphone. However, whereas the handset that debuted at SDC 2018 had a seemingly conventional screen module on the outside, Samsung is ultimately looking to make both the outer and inner panels user-bendable, as suggested by the newly published patent which was filed on November 7, the date of the said conference. The Seoul-based technology juggernaut envisioned two distinct implementations of such solutions; one whose outer display is identical to the inner one in terms of size and functionalities, and another one that has the outward-facing screen cover only about half of the handset's back. Both concepts can be seen in the gallery below.

Background: The announcement of the Infinity Flex and a short demo showcased at SDC 2018 unsurprisingly created a lot of media noise, having marked the first occasion on which a major manufacturer had something to show in the bendable handset segment. However, the demo itself gave more questions and answers, having been given in an extremely controlled environment. Samsung wanted to focus on showcasing the Infinity Flex panel instead of the device that uses it, having even said the handset on stage was just a prototype that won't look like the final product and was hence hidden to not detract from the screen itself.

Speculation remains about how the company might be able to implement a bendable OLED display without reverting back to a design that features massive bezels and without compromising on camera and audio quality. One thing the latest SDC demo confirmed is that the first Galaxy-branded foldable phone will utilize a hinge, though it's still unclear how well-hidden will that joint actually be. The Infinity Flex panel prototype is 7.3 inches in size when folded out and has a 4.6-inch diagonal when folded. It's still unclear how exactly Samsung intends to utilize that extra screen real estate, though the company will largely rely on the third-party development community in order to grow its bendable handset ecosystem. Recent rumors also pointed to the Galaxy F — which is still a tentative name — having a flexible battery and not using a layer of toughened glass from Corning, though those details remain up in the air.

What's certain is that the gadget will mark the start of an entirely new lineup of Android smartphones from Samsung, with several company executives already saying as much on numerous occasions. While Samsung isn't the only manufacturer that's currently preparing to commercialize bendable handsets, only Huawei is believed to have the technical ability to release a similar product around the time the Galaxy F is planned to launch – early next year. In fact, the Chinese technology juggernaut is said to have recently pitched a finalized foldable phone to South Korean carriers, with its production-ready product reportedly also supporting 5G connectivity. The wireless industry in the Far Eastern country is still unlikely to pick Huawei's solution over that from the largest domestic and international smartphone manufacturer, many industry watchers believe.

The launch of Samsung's first foldable line won't have any immediate consequences for the company's established mainstream series – the Galaxy S and Galaxy Note families. DJ Koh, the CEO of the tech giant's mobile unit, recently said both lineups will continue being revised on an annual basis, with the bendable handset range debuting as the company's third flagship alternative. The industry veteran reiterated Samsung's ambition to turn its first foldable phone into a lineup last week but not many details on the matter are currently known. What's relatively certain is that mobile devices with bendable screens won't be launching outside of the ultra-premium price bracket anytime soon, primarily due to the high production costs associated with such products. Samsung's upcoming device is rumored to be priced at approximately $1,500, and Huawei's premier bendable phablet likely won't be much cheaper either.

Impact: While there are no guarantees Samsung's latest foldable phone patent will ever amount to a consumer-grade device, the likeness it shares with the prototype unveiled at SDC 2018 does make that possibility somewhat more likely. The company itself has already been pursuing a similar product design philosophy over the last several years, according to its past statements and intellectual property filings. Ultimately, the Infinity Flex panel is just the beginning of a new handset lineup and there's little reason to believe Samsung will get it perfect from the get-go; instead, the Galaxy F or however the new series ends up being called will presumably evolve over time in terms of its look, as was the case with every other smartphone family Samsung launched over the last decade.

Still, holographic projectors and asymmetrical display panels appear to be part of Samsung's grand vision for the future of foldable smartphones or are at the very least under consideration, as suggested by the newly uncovered patent. Many questions about such unconventional handsets remain, including the issue of phone cases that will have to be entirely reimagined if consumers are to continue enjoying their benefits once foldable devices become a more common sight. Naturally, concerns about the overall durability of highly flexible OLED panels are also yet to be dispelled and problems with manufacturing yield rates and defective units aren't out of the realm of possibility for first-generation electronics, especially those that push a variety of technologies to their limits, which is what Samsung's seminal bendable Android phone will almost certainly do.