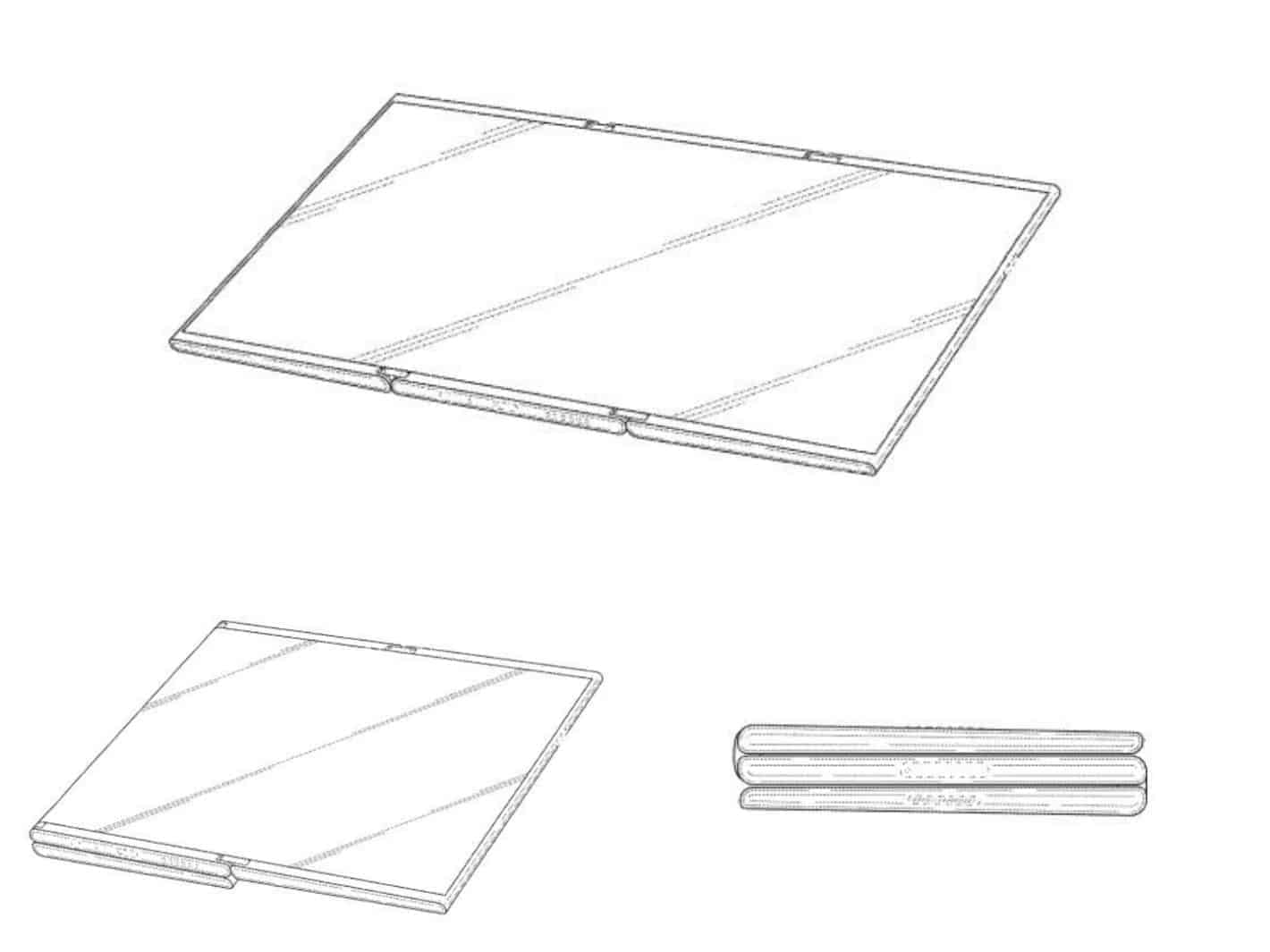 Samsung has patented a tablet which folds, twice. Much like the smartphone that the company shown off about a week ago at the Samsung Developers Conference, this tablet will fold, but unlike that smartphone, it will not fold only once. In fact, based on the patent that surfaced on USPTO, once piece of this tablet will fold in one way, while the other will fold in the opposite direction, so one-third of its display will be available when folded, while its cameras will be visible on the back. All in all, when folded, this device will look like a large, thick smartphone. That display on the front, that will be available when the device is folded, will probably also be usable at the same time, so you will have several uses for this device. We’re looking at Samsung’s flexible OLED panel here, similar to the one that the company had shown off recently.

Interestingly enough, the illustrations that Samsung submitted to the USPTO also show a 3.5mm headphone jack, and even though a 3.5mm headphone jack was not mentioned anywhere in the application itself, it is possible that a device like this may sport it, once it reaches the market… well, if it reaches the market. A speaker is also visible on the device, and so is a Type-C USB port. A SIM card slot is placed on the top of this device, and this device actually has rather thin bezels. It is worth noting that this is just a patent drawing, so the final product may differ from this illustration, it may differ quite a bit, actually. It is also worth noting that this patent application has been published on November 13, 2018.

Background: Samsung had actually patented something similar back in June 2016, that patent claim was much more simple, and it did not contain such illustrations, but the company did patent double fold design, similar to this one. Most of you have probably already seen Samsung’s foldable smartphone that got showcased last week at the company’s developer conference. That was a demo device that the company brought to the stage, simply to show off its flexible display in action, and give people an idea as to how its foldable smartphone will function. The company’s foldable smartphone will become official next year, in the first half of next year, actually, maybe even first quarter. The company still did not confirm its release date, but it did mention several times that it is coming in early 2019. Considering that the Galaxy S10 series will probably launch at the Mobile World Congress 2019, the company will probably schedule a separate event in order to announce its flexible foldable smartphone, as it’s unlikely it will get announced during the Consumer Electronics Show in Las Vegas, which will kick off in January.

Rumors have also mentioned that the company’s foldable smartphone will be priced at around $2,000, quite probably, though nothing has been confirmed just yet. As far as its foldable tablet is concerned, well, we haven’t heard anything about it just yet, but it will almost certainly launch after the first foldable smartphone. Chances are we’ll see it hit the market in 2019, though. The company’s foldable smartphone is expected to sport high-end specifications, and it is expected to ship with the “Galaxy F” name. The device allegedly has the “SM-F900U” model number, and it will, allegedly, feature a 7.4-inch foldable internal display (OLED panel), while its display will measure 4.6 inches on the outside. The device is also rumored to sport 512GB of internal storage, and weigh around 200 grams.

Impact: Samsung did show off its demo foldable smartphone last week, and it was impressive in some ways, but it had really thick bezels. That could be due to the fact it was a demo device, or because the company wanted to hide its real design on purpose, but once the company’s market-ready device shows up, it will need to have considerably thinner bezels in order to get consumers interested in it. The other concern is the actual software of the device, during the show, Samsung did show off that when you fold the device, its single display on the outside did power on, but it took its sweet time in order to light up, after the device was folded. Now, truth be said, that was just a demo device, and it did not have the final software, so the company will probably work out most of those kinks before the phone hits the market. It will surely be interesting to see how will the public react to foldable smartphones, as it’s a completely different concept than what they’re used to. These devices do have a lot of potential, but a lot of things can go wrong. The device needs to be thin enough as well, in order to be portable, as it will be a problem for most people if they can’t fit it into a pocket, or if it’s really uncomfortable to hold while in a pocket. One hand usability is also something that people may worry about, though we’ll see how will the final product look and function, who knows, maybe Samsung has a special recipe for all of this. Now, it is worth noting that Samsung is not the only company that is planning to release a foldable smartphone next year, LG is actually rumored to release its foldable smartphone during the Consumer Electronics Show in Las Vegas, in January, though the company did not confirm anything just yet, even though it did say that it plans to release such a device in 2019. In addition to Samsung and LG, Huawei is another player that will join the game with its foldable smartphone, but Huawei will not introduce such a device as soon as Samsung and LG, as the company plans to announce its foldable smartphone in the second half of next year. All in all, there will be some competition in the foldable smartphone market next year, which is always a good thing, of course. It will be interesting to see how will those devices compare in terms of pricing as well, as Samsung’s foldable smartphone will probably be quite expensive, as already mentioned. 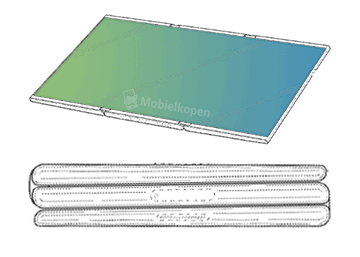