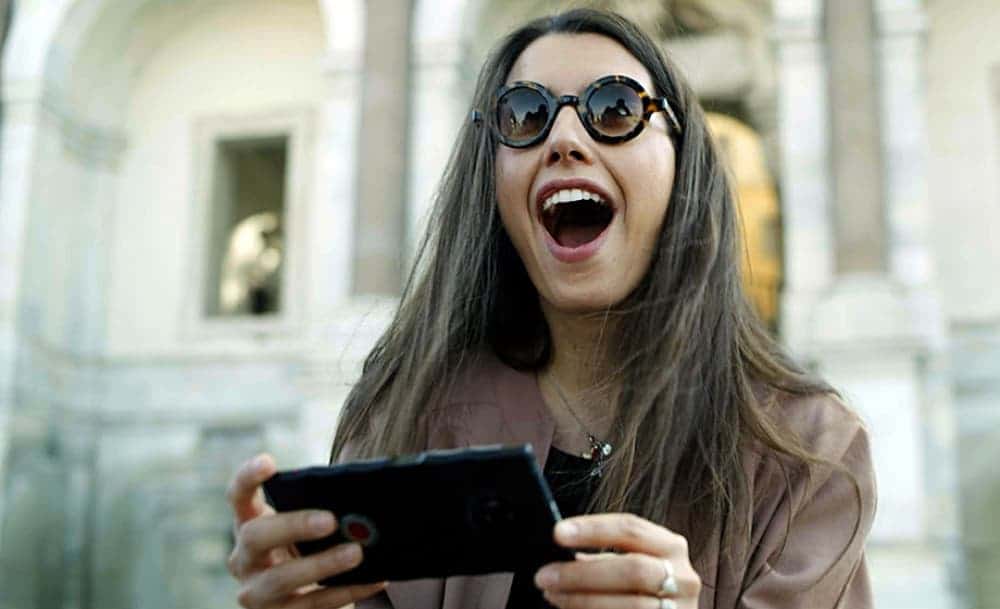 Earlier this week, AT&T and Verizon announced that it would begin selling the RED HYDROGEN ONE on November 2. And even after there were some reports of issues with the chargers of some models, the device is available for purchase. This is the most expensive smartphone available from either carrier right now, and definitely a niche product for many people. But it is also an interesting smartphone from RED, and it is the company's first smartphone. Which explains a good number of the problems that RED has had with the smartphone leading up to the launch today.

The RED HYDROGEN ONE is an interesting smartphone because it's made by RED, a company known for its cinematic cameras, that are fairly expensive. RED had promised to provide some interchangeable lenses and other accessories that you can attach to the back of the HYDROGEN ONE, but so far those are not available. Many were excited to see what  RED could do with the camera on this smartphone, but ultimately it turned out to be just a dual 12-megapixel camera on this camera, with sensors from Sony. So it's really nothing special, at least at launch. It'll be interesting to see how that changes down the road though. The RED HYDROGEN ONE also comes with some pretty high-end specs. It sports a 5.7-inch Quad HD display, this isn't just any display though, but a 3D display. And it really doesn't look that good, because it is a 3D display here. Powering the RED HYDROGEN ONE there is the Snapdragon 835 chipset, 6GB of RAM and 128GB of storage included. There is also a micro SD card slot available for expanding the storage here. Now the Snapdragon 835 chipset is a year old already, approaching two years old now. And the reason why the RED HYDROGEN ONE has that chipset is because it was supposed to launch last year. But RED ran into a number of issues and had to delay the launch by more than a year. All of this is powered by a massive 4500mAh capacity battery, which should keep it running all day, especially with just a 5.7-inch display here. Many will wonder if this is worth $1295, and if you are a filmmaker or own a RED cinema camera, then it's definitely a good option.

Background: RED is a company that is behind some of the most popular cinematic cameras out there. They are used in many Hollywood films, as well as many YouTubers. RED's cameras are very module, you essentially start with the body (or the "computer") and then build on from there. Which includes lenses, screens and so much more. This allows you to get the perfect camera and get the image that you really want out of that camera. And that right there is something that RED wanted to bring to the smartphone space with its first smartphone. It still can, but it's not happening at launch. This is why there are golden pins on the bottom of the RED HYDROGEN ONE that can be used to add on other accessories. These accessories won't be limited to just lenses for the camera either. But also bringing VR and AR to the device. Speaking of AR or augmented reality, it does support augmented reality already actually, with ARCore support included here.

Impact: The RED HYDROGEN ONE is only available at two carriers in the US – AT&T and Verizon – and it is not being sold unlocked. Not being on all four carriers is not a good thing for RED, especially if it does want to sell a good number of smartphones. But, at least RED was able to get in with the two largest carriers in the nation. Instead of OnePlus, who has the 6T at T-Mobile, exclusively, the third largest carrier in the nation. Of course, the RED HYDROGEN ONE is already a really niche device, so adding it to more carriers likely wouldn't add a ton of other sales or customers, but it's better than only being available on two. The RED HYDROGEN ONE is going to be available in two colors: black and shadow. Both are aluminum framed smartphones, so they do still look and feel high-end. The black one is, well, black. The shadow color is a bit lighter, with more of a light gray frame here, as opposed to the black frame that is on the black one. The RED HYDROGEN ONE also has a dedicated camera button on the side, which is good to see. You can purchase the RED HYDROGEN ONE from both AT&T and Verizon today, using the links below. At AT&T, you can finance it for $43.17 per month for 30 months on AT&T NEXT 30, or you can finance it on Verizon for $53.95 per month for 24 months.