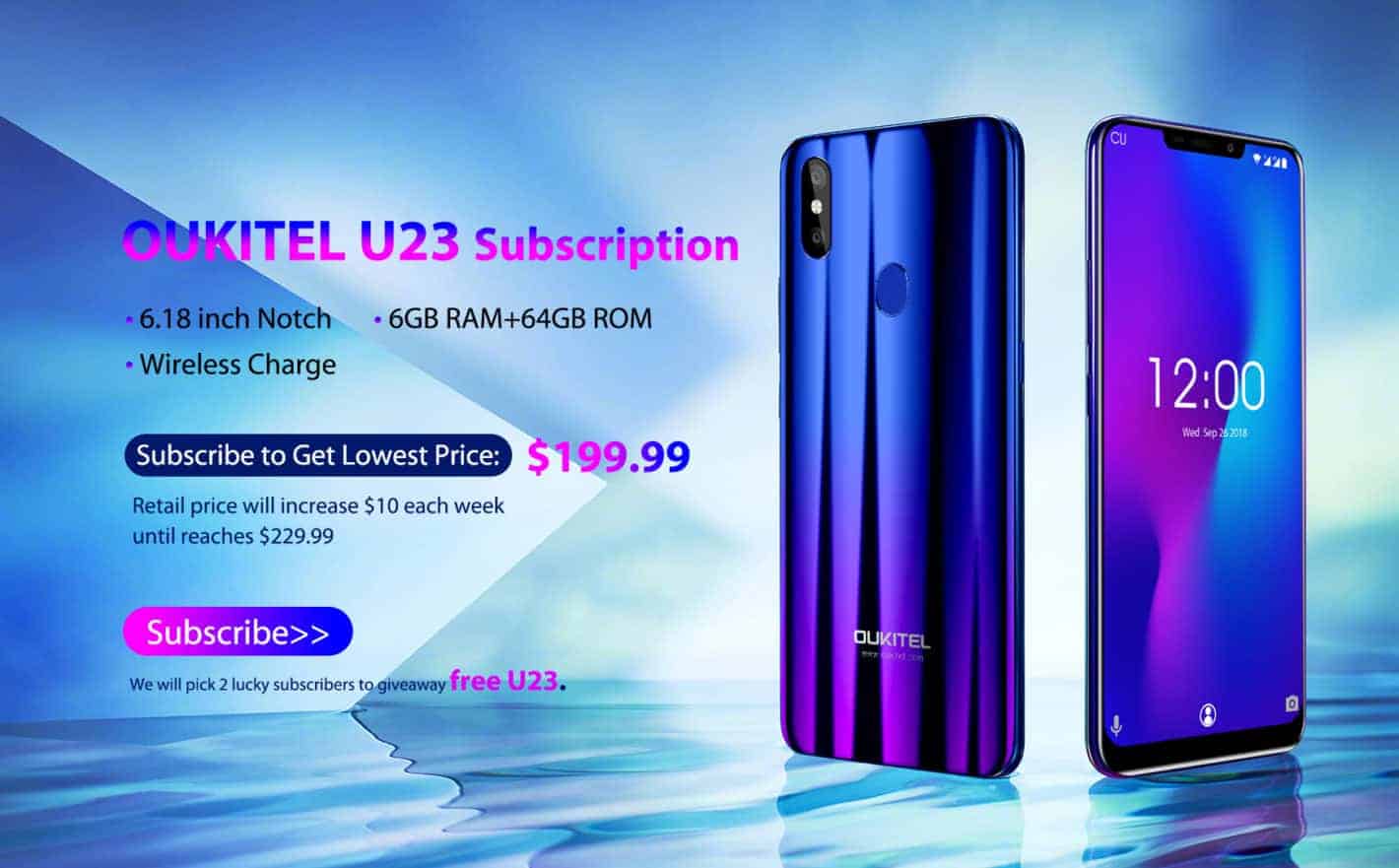 OUKITEL has just confirmed the price tag of its OUKITEL U23 smartphone, the company says that the phone’s regular price tag will be $229.99, but that it will be more affordable during the presale period, as it will be priced at $199.99. If you’re interested in purchasing the OUKITEL U23, you can subscribe to get notified (via email) as soon as the phone becomes available, so that you can be amongst the first to actually purchase the device. You can subscribe via the link provided down below. That is not all, though, OUKITEL will also give away two OUKITEL U23 units to lucky consumers, if you subscribe to be notified about the presale, you will get a chance to win the device for free.

In addition to announcing the phone’s price tag and a giveaway, OUKITEL has also released the very first OUKITEL U23 hands-on promo video, and that video is embedded down below, while it has a duration of three and a half minutes. In the company’s promo video you will be able to check out the device itself, its software, while some of its specs are also mentioned. The OUKITEL U23 is made out of metal and glass, the phone feature two vertically-aligned camera on the back, while an LED flash is placed in-between them. A fingerprint scanner is located on the back of this phone as well, and the same can be said for the company’s logo. The phone features a display notch, while its display comes with rounded corners. The device also has a ‘chin’ below the display, while it utilizes on-screen buttons. All the physical keys are included on the right-hand side of the phone, and one of the OUKITEL U23 variants will sport this gradient blue and purple color that you can check out in the featured image above.

Now, as far as specs are concerned, it’s safe to say that this is a mid-range smartphone. The OUKITEL U23 is fueled by the Helio P23 64-bit octa-core processor. The device comes with 6GB of RAM and 64GB of storage, while it features a 6.18-inch fullHD+ display. The phone supports wireless charging, while it comes with a 3,500mAh battery. A 5V/2A charger for wired charging will be included in the box as well, while Android 8.1 Oreo will come pre-installed on the phone.