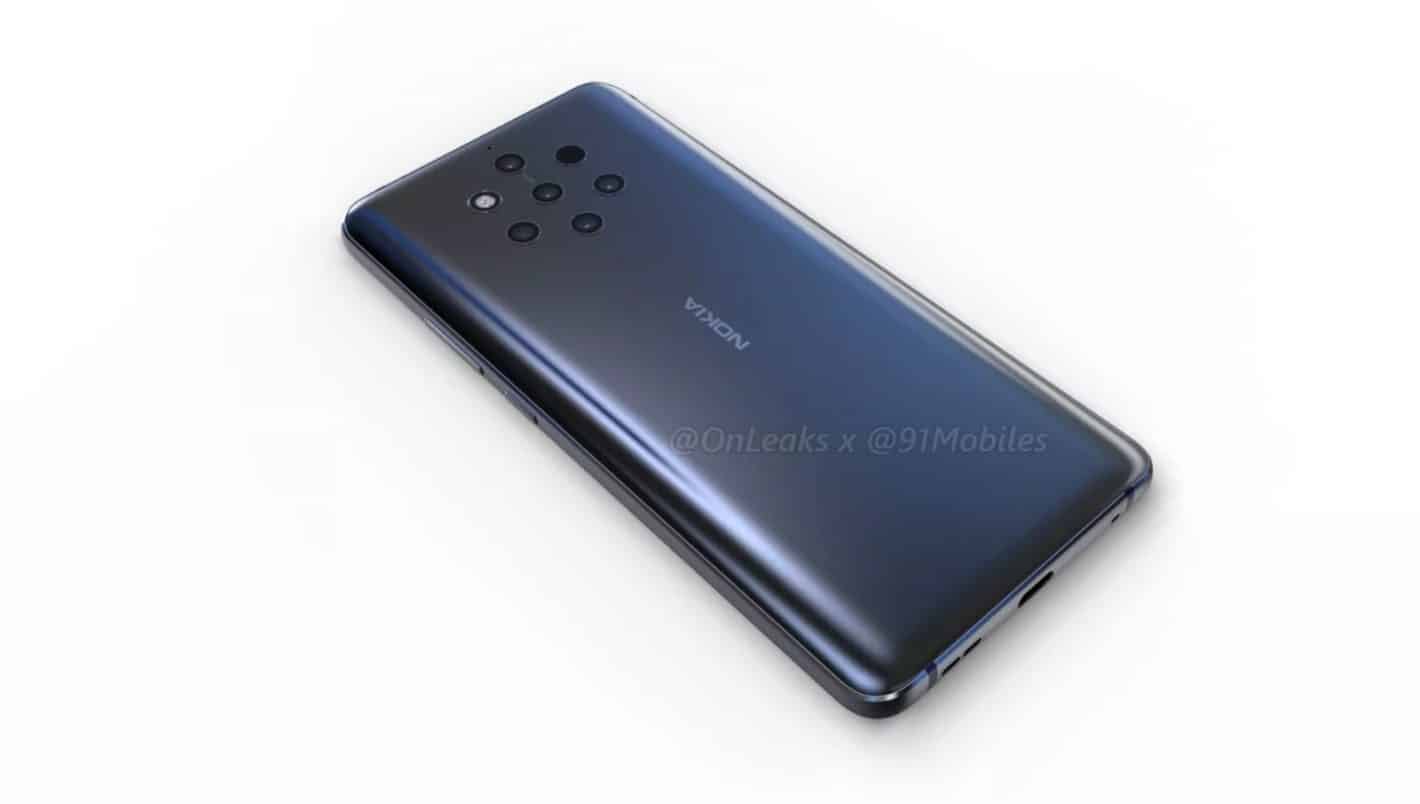 According to a new report by “Nokia anew”, the Nokia 9 PureView will not become official on December 5. Nokia had announced a press conference in Dubai for December 5, and the company even teased the arrival of three smartphones. Considering how many Nokia 9 PureView rumors popped up in the last couple of months, many people suggested that it will launch during that even, but it seems like that will not be the case, according to the source, which is something we presumed when that event got announced. The source says that the real reason behind this delay is yet unknown, but the company’s Chief Product Officer, Juho Sarvikas, had something to do with that, it seems, it may have even been his decision. Some rumors are suggesting that a camera-related software issue is to be blamed for this delay, which is possible if the company attempted to include the PureView technology in the device, as HMD Global acquired rights to use that tech quite recently, so chances are that they didn’t have time to implement it properly, but we’ll talk about that a bit later in this article. It is possible that the phone will arrive later in December, but the source does not mention anything regarding that.

Background: The Nokia 9 was supposed to arrive quite some time ago, as the Nokia 8 launched back in September last year, so pretty much everyone assumed that its successor will arrive in September, at the latest. The company’s Chief Product Officer, Juho Sarvikas, decided that the phone was not ready to be announced back then, however, which caused the first significant delay. Some of HMD Global’s employees were not happy with this decision, as they felt like such a move is removing Nokia’s flagship from the map, and is allowing the competition to claim the market, which is more or less true. In any case, the phone got postponed, and soon after that report, a confirmation came that HMD Global acquired rights to use the PureView technology in its smartphones, those rights were acquired by Microsoft, in case you were wondering. About that time is when the Nokia 9 PureView rumors started popping up, suggesting that the PureView tech will be included in the Nokia 9 flagship, and such a move would require time, of course. Including such camera technology in a phone is not an easy feat, and it required quite a bit of planning and optimizing on the software side, so that may be the reason why the phone seemingly got delayed yet again.

A recent rumor suggested that the Nokia 9 PureView is codenamed “Olympic” inside the company, and that it will ship with Android 9 Pie out of the box. That part is not that difficult to believe, as the phone will ship with stock Android, for the most part, and Android 9 Pie was released a while ago. A regular silicone case for the phone also leaked quite recently, suggesting that the CAD-based renders that surfaced a while back are accurate, and that the phone will have seven “rings” on the back, five of which will be occupied by camera sensors. That’s not all, though, a report which surfaced earlier this month actually suggested that the Nokia 9 PureView will not become official this year at all, that report suggested that the phone will launch next year, prior to the Mobile World Congress (MWC) in Barcelona, which is set to kick off in February. So, if that info is to be believed, the Nokia 9 PureView may actually arrive in January, and not December, but we’ll see what will happen.

The phone’s design seemingly got revealed in CAD-based renders which popped up earlier this month. If those images are to be believed, the phone will be made out of metal and glass, as expected, while its back side will be curved. Nokia’s logo will be placed both on the back of the phone, and in the upper-right corner of its front side. The phone is rumored to sport five cameras on the back, while an LED flash will also be placed on the back, and the last right is reserved for some sort of a dual sensor, but we still do not know the details. The phone will not sport a 3.5mm headphone jack, while all of its physical keys will be included on the right-hand side of its body. The Nokia 9 PureView will sport bezels above and below the display, those bezels will not be thick, but they will not be as thin as they are on modern flagships either. Unlike most of those flagships, however, the Nokia 9 PureView will not sport a display notch, at least if the leaked renders are to be believed. A Type-C port will be included on the bottom of the phone, same goes for the phone’s loudspeaker, and an earpiece. It is still unknown whether the Nokia 9 PureView will ship with dual speakers, or just a single one, but the phone is said to offer facial scanning features, and an in-display fingerprint scanner, as a fingerprint scanner is not visible anywhere on its body, at least not in the leaked renders. The phone is rumored to ship with the Snapdragon 845 64-bit octa-core processor, though it is possible that HMD Global may announce it with the next-gen Qualcomm flagship, and then ship it later on, as the Snapdragon 845 will soon become replaced by a new flagship processor by Qualcomm called the Snapdragon 8150 or 855, as that SoC is expected to launch sometime in December.

Impact: If HMD Global manages to include PureView technology in the Nokia 9 (PureView), the device may end up being quite interesting to consumers. Price will be one of the factors that the company needs to think of, of course, but if PureView technology made some advancements since it was implemented in the Nokia 808 PureView, this phone may actually compete with the best camera smartphones out there, it may actually hold its own against the Galaxy Note 9, Xperia XZ3, Pixel 3, and so on. It remains to be seen when will this phone become official, and which SoC will fuel it, but it will almost certainly arrive in the next month or two.