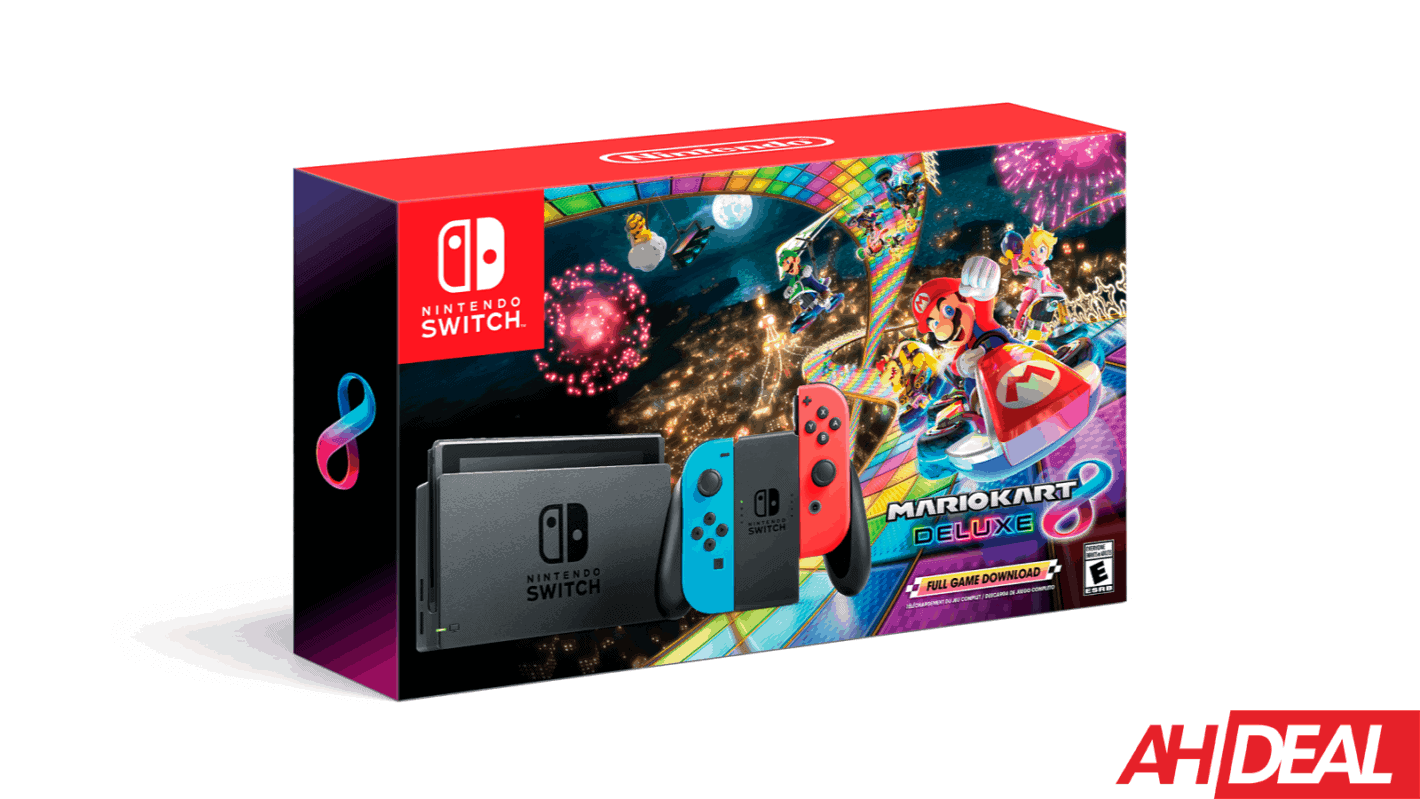 Walmart is offering up the Nintendo Switch along with Mario Kart 8 Deluxe for just $299. Now that is not technically "on sale", and that is because the Nintendo Switch typically runs about $299. But this time around, you are getting Mario Kart 8 Deluxe for free, which is a brand new game that is still running about $59.99 by itself. It's also a very popular game, which makes this bundle pretty popular, and the best bundle to pick up during Black Friday. It's going to run out pretty quickly, so you're going to want to grab it before it's gone, which won't be long.

The Nintendo Switch is one of the best consoles out there right now, and that is because it is a portable console. Allowing you to take your games on the go with you. But the Switch can also be docked so that you can play games on the big screen if you wish. That's what makes the Switch so versatile. Additionally, it has a ton of great games available, including Mario Kart 8 Deluxe. Definitely a good option for many people. The Nintendo Switch with Mario Kart 8 Deluxe is available from Walmart now, and you can grab it from the link down below.

Nintendo Switch with Mario Kart 8 Deluxe - Walmart - $299
Advertisement
Trusted By Millions
Independent, Expert Android News You Can Trust, Since 2010
Publishing More Android Than Anyone Else
0
Today
253
This Week
254
This Month
4999
This Year
106474
All Time
Advertisement