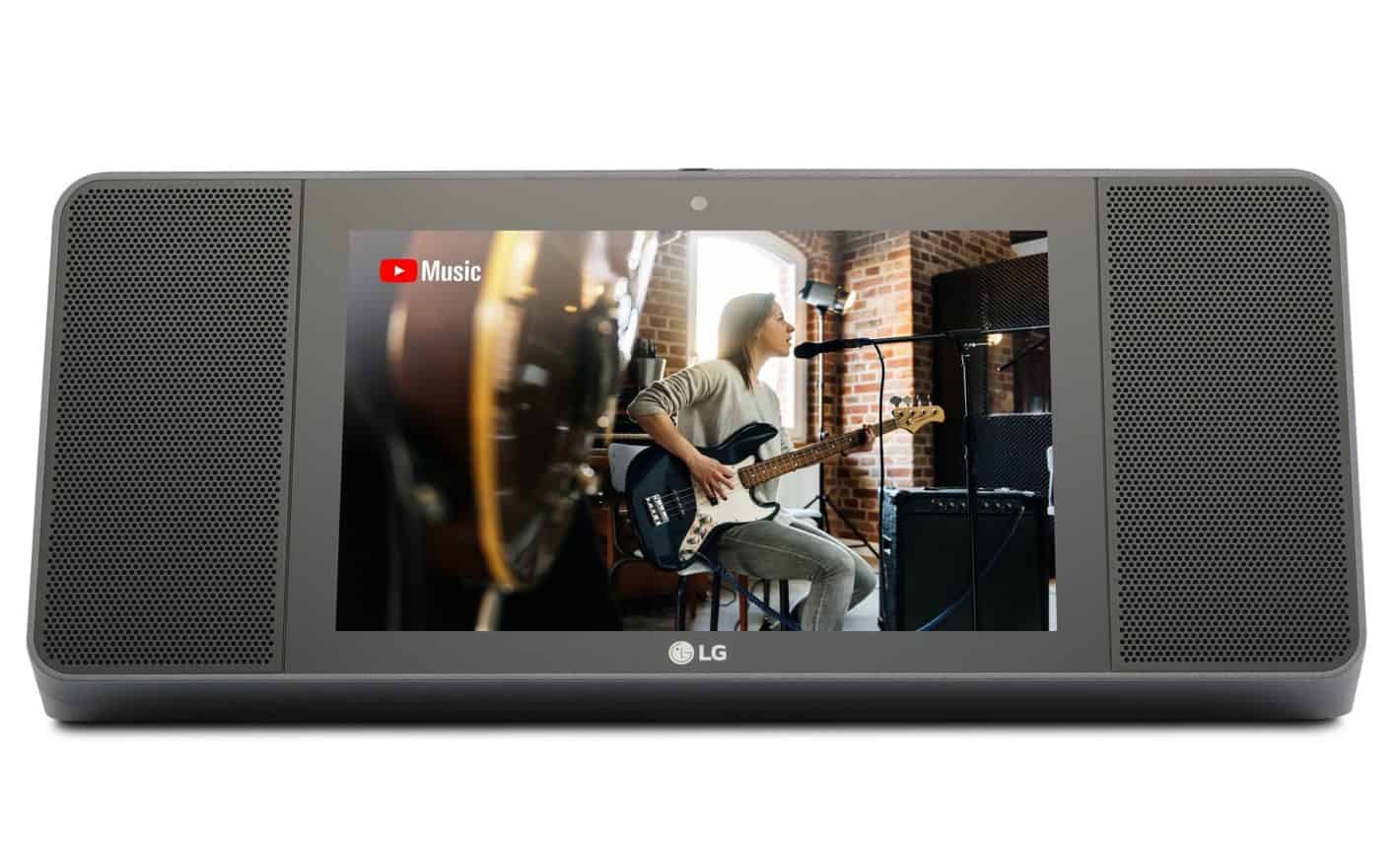 LG Electronics on Monday started retailing its new smart display with Google Assistant support, with the device in question being the LG XBOOM AI ThinQ WK9. Behind that lengthy name hides a gadget that was technically announced nearly a year ago, having first debuted at CES 2018 in January, albeit without any kind of availability details. The device is now being officially sold by LG itself and B&H, though it's currently unclear whether other retailers in the United States will pick it up in the coming weeks as well. What the South Korean company did confirm is that it's bringing the smart display to more countries shortly. As far as the U.S. is concerned, the speaker will be regularly priced at $299.99 but can currently be picked up for $199.99 from LG and $196.99 from B&H. There's presently no word on how long will this launch discount be live but given the timing of the gadget's release, Cyber Monday seems like a reasonable bet.

Besides having its color changed from a bluish steel shade to a more conventional gray (which LG still refers to as "Black"), the consumer-grade device looks identical to the prototype unveiled ten months ago. It features a touch-enabled 8-inch screen with an HD (720p) resolution, two-channel 20W speakers, a 5-megapixel front camera, and a 5.6W power supply, as well as Wi-Fi and Bluetooth support. The LG XBOOM AI ThinQ WK9 runs Android Things and touts Google Assistant as one of its main selling points, with the overall package being relatively compact, coming in at 370 x 244 x 145mm and weighing 1.51kg, or just over 3.32 pounds.

As was the case with other Android Things smart display launched in recent months, the LG XBOOM AI ThinQ WK9 has been developed in collaboration with Google and should be as good at utilizing Google services as the tech giant's first-party devices are. As a result of that partnership, the newly released speaker can run everything from YouTube and Maps to Photos and Duo and generally seems like a significantly more capable (and pricier) version of the Google Home Hub. LG decided to go all out with its first Google Assistant display, having also partnered with English audio company Meridian Audio in order to ensure its newest gadget delivers high-fidelity sound in a consistent manner and in spite of its physical constraints, i.e. its small form factor. The Seoul-based juggernaut is advertising the XBOOM AI ThinQ WK9 as an audio-first product, which is also how it's justifying it's relatively high price tag. While tech reviewers are yet to chime in, LG claims its product offers the best-quality audio in the smart display segment.

The combination of Android Things, Google Assistant, and several wireless connectivity options also allowed LG to turn the XBOOM AI ThinQ WK9 into a capable smart home hub, especially for households that use other products from the company's ThinQ portfolio. If you don't own one of LG's latest TVs or home appliances, you can still use the new Android Things display to control over 10,000 smart devices compatible with Google Assistant itself, with the AI service reaching that milestone just last month.

Background: From its involvement in the last two generations of Pixel-series Android flagships to its collaboration on smart home initiatives, LG has been growing increasingly more supportive of Google's efforts in the consumer electronics space over the last 18 months. The XBOOM AI ThinQ WK9 was meant to mark another step in that direction early this year and while it ended up being released much later than most expected, it's still being positioned to serve that purpose. Smart displays are a relatively new category of consumer electronics and while ultra-premium smart speakers are yet to achieve mainstream popularity, LG appears to be willing to experiment with high price tags in this particular space. The release of the XBOOM AI ThinQ WK9 also helps Google as it makes its smart display ecosystem more diverse and doesn't directly compete with any one of its devices. Retailing at only half the price of LG's new smart display, the Google Home Hub is a much more affordable alternative to display-equipped intelligent speakers that doesn't even have a camera and hence can't be used for video calls.

LG itself appears to be entering the smart display segment for the long run but has yet to give any indication of pursuing non-premium solutions. This summer, the company filed for a curious patent describing another state-of-the-art technology in the form of a foldable smart display with a stylus. The firm has also been working on integrating Google Assistant support into its products such as smart TVs, though the vast majority of its latest IoT gadgets also support the tool's biggest rival – Amazon's Alexa. So, while the South Korean firm appears to be ramping up its support of Google Assistant, it's not placing all of its eggs in a single basket and is seemingly looking to avoid making all-in bets on any particular smart home ecosystem. That behavior is in line with its previously established product strategy which saw LG invest in everything from smart refrigerators to Internet-connected ovens and speakers while avoiding massive bets on a first-party voice assistant.

Impact: The LG XBOOM AI ThinQ WK9 is the industry's first attempt at gauging consumer interest in an ultra-premium smart display. Despite its 8-inch 720 screen being the central piece of its aesthetic, the newly released gadget is actually being marketed as a product for audiophiles, which is an unconventional product decision and a significant gamble on LG's part considering how the R&D aspect of the WK9 project likely cost a pretty penny. Regardless, as smart displays are still in their infancy, a potential flop on the WK9's part wouldn't necessarily indicate there's no global interest for such a product, just that it's too early for similar niche gadgets to be pushed by major manufacturers. In the meantime, it remains to be seen how long will LG take to bring the WK9 to other parts of the world, with its home country of South Korea and Europe being the logical next steps of its rollout.