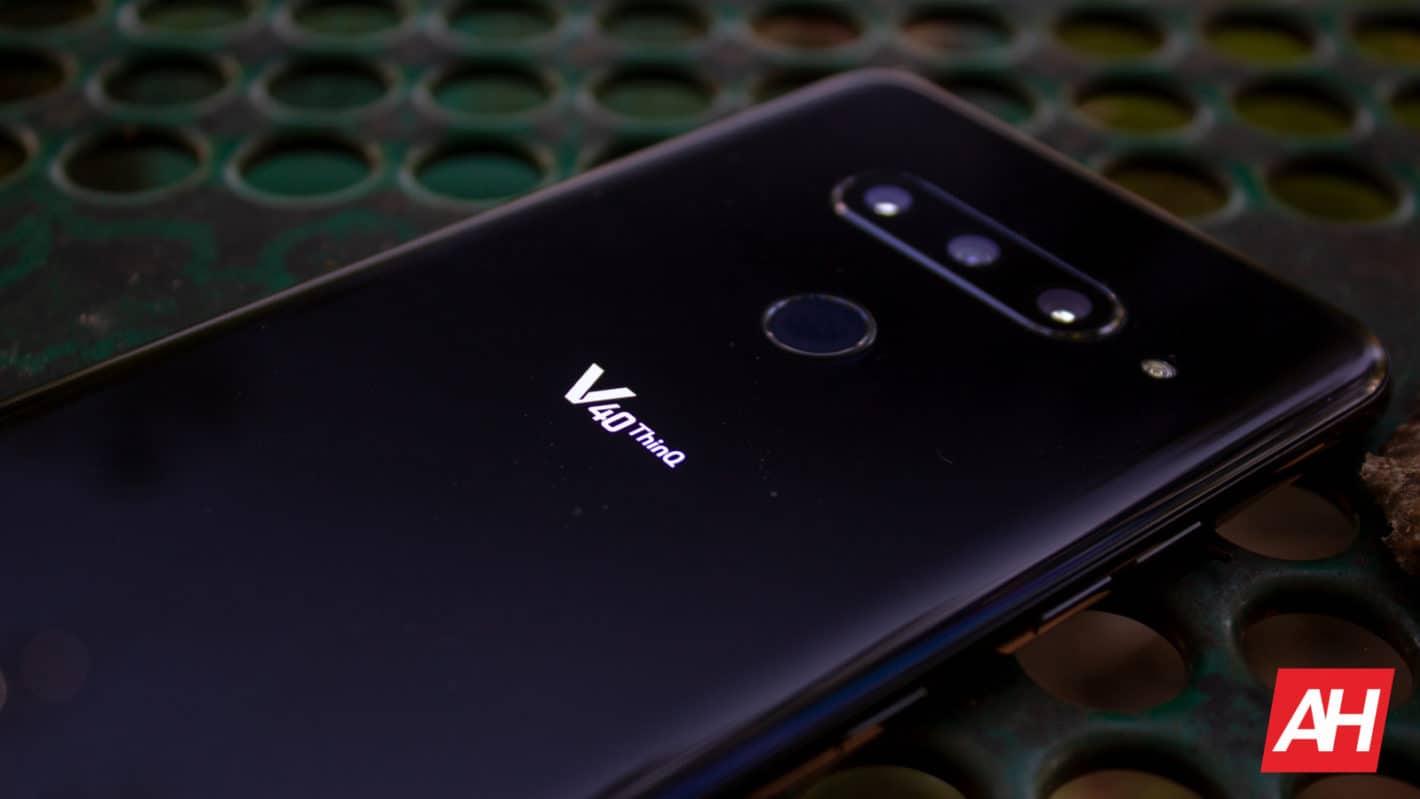 LG Electronics' mobile division appears set to continue with its LG V-series for the foreseeable future and at least through to the V90, based on trademarks recently spotted at the Canadian Intellectual Property Office (CIPO). There are a total of five listings that were filed and approved near the end of October, specifically pertaining to trademarks for the LG V50, LG V60, LG V70, LG V80, and LG V90. There isn't much chance that LG plans to utilize each trademark within the next few years and, for reasons likely attributable to the timescale and rapid pace of technology changes, no details have been provided for any of the handsets at all.

Background: Typically, LG's releases for the V-series have been iterative and relatively often compared to companies such as Samsung or OnePlus, which tends to release one or two flagship smartphones each year. However, there doesn't appear to be any sign in the CIPO listings for an LG V55, LG V65, or the others that might be expected to fall in between. Similarly, there's no listing for any 'Plus' editions for any of the handsets, although none of that is necessarily uncommon this far in advance of when those devices are likely to be announced or launched. Perhaps more oddly, in spite of the rampant growth of the V-series set of trademarks, there's also no sign of the successor to the manufacturer's current mainstream flagship device, the LG G7 ThinQ. While there's no real reason to suspect that the company might be abandoning that device line or to necessarily expect that a trademark should have been filed just yet, it is a bit strange considering the lengths the company appears to have gone to for the V-series.

The company's current V-series handset is the LG V40 ThinQ.  That's a 6.4-inch device with a Quad-HD+ HDR10-enhanced OLED panel that features a small notch at the top and minuscule bezels all around. The front and back are comprised of glass, sandwiching a metal frame, with the whole package measuring at 158.7 x 75.6 x 7.6mm at a weight of 168g. Just above the display, embedded in the notch, the V40 features an 8-megapixel and 5-megapixel dual camera array while the rear features three sensors – two 12-megapixel snappers, one with a telephoto lens, and another ultra-wide-angle 16-megapixel shooter. Internally, a Snapdragon 845 SoC is backed by 6GB RAM and 64GB of microSD card-expandable storage, powered by a 3,300 mAh capacity battery charged via USB Type-C. Beyond that, the LG V40 is IP68 rated for water and dust-resistance and is one of just a few premium flagships that still ships with a 3.5mm headphone port. That's expected to be followed by yet another gadget that also has yet to receive its own trademark listing and is predicted to be the company's first the 5G-enabled smartphone – the LG V45. It's also not surprising to see that device not making an appearance, in spite of the other new listings, since the LG V40 was only just launched in mid-October.

Impact: Although the suggestion LG will eventually release each of the devices it has now officially trademarked may seem like something that can be taken for granted, and especially considering the manufacturer's top-tier device releases over the past couple of years, it isn't all that uncommon for mobile manufacturers to completely rebrand a range of smartphones in conjunction with new features, a new design language, or simply because a line isn't selling as well as might have been hoped. Branding arguably plays as much a roll in overall viability as specifications and is a vital part of marketing. Although it is still not impossible to imagine LG choosing to do the same with its V-series of devices, the newly listed trademarks at very least seem to imply that the brand is performing as expected and that the company has no plans to stop making them just yet.