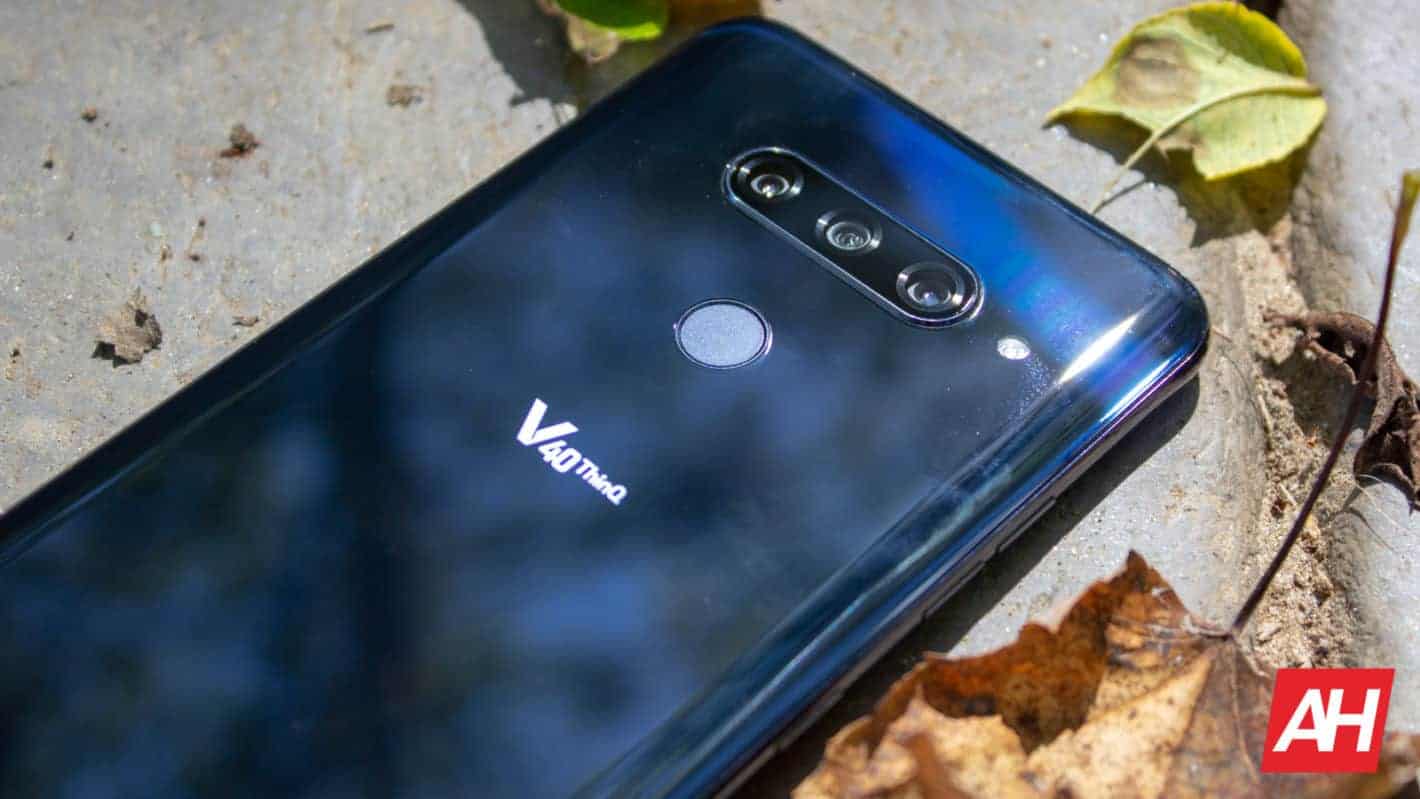 A new Geekbench listing has just revealed that LG is working on an Android 9 Pie update for its flagship smartphone, the LG V40 ThinQ. This listing is dated for November 21, which was yesterday, and along with sharing some single-core and multi-core results for the device's performance, it also hints that Android 9 Pie is on the way. The listing says that one of the LG V40 ThinQ units has been tested with Android 9 Pie onboard, which suggests that the company is testing the update as we speak, though it's hard to predict when will it be available based on this listing, of course. LG will hopefully share more info in the coming weeks. That being said, this unit managed to score 2,315 points in the single-core test on Geekbench, while it hit 7.242 points in the multi-core test. These results are comparable to the Oreo-powered LG V40 ThinQ, which was to be expected. Now, once it arrives, Android 9 Pie on the LG V40 ThinQ will not be stock, not at all, as LG's skin will be applied on top of it.

Background: The LG G7 One is the only LG-branded smartphone to have received Android 9 Pie thus far, though that is an Android One smartphone, and it sports stock Android. The LG V40 ThinQ may become the very first LG-branded smartphone with LG's software on top of it, to receive Android 9 Pie. As part of that update, the device will probably get all the major Android 9 Pie features, including the Adaptive Brightness and battery-related improvements that Google introduced with Android 9 Pie, which means that the system will handle rogue apps much better than before. LG is also expected to change up its UI a bit with this update, though no info surfaced just yet, so we don't know what exactly will it look like once it becomes available. The LG G7 One received the Android 9 Pie update quite recently, actually, the update started rolling out about a week ago, and is one of the first Android One smartphone to have received Android 9 Pie.

The LG V40 ThinQ is LG's most powerful smartphone at the moment, and chances are it will stay that way until the LG G8 ThinQ or the company's foldable smartphone don't become official next year. The LG V40 ThinQ was announced last month, and it ships with Android 8.1 Oreo out of the box, with LG's UX 7.1 skin. The LG V40 ThinQ is made out of metal and glass, while the device is both IP68 and MIL-STD-810G certified, which means that it is water and dust resistant, while it can also take a hit better than your regular phone. The device is fueled by the Snapdragon 845 64-bit octa-core processor, while it features a 6.4-inch QHD+ P-OLED display. A 3,300mAh battery is included on the LG V40 ThinQ (with Quick Charge 3.0), while the phone comes with a 3.5mm headphone jack, and 32-bit/192kHz audio. The phone features two 12-megapixel cameras and one 16-megapixel camera on the back, while you will find an 8-megapixel and 5-megapixel cameras on the phone's front side. A fingerprint scanner is placed on the back of this phone, while both single and dual-SIM variants of the device got announced. The LG V40 ThinQ features really thin bezels, but it also ships with a display notch.

We still do not have any info when it comes to the company's G8 flagship which is expected to arrive next year, but LG is expected to introduce its foldable smartphone in early 2019. The company is actually rumored to show off that phone at CES 2019 in January, but it remains to be seen how accurate that info is. LG will probably show something similar to what Samsung demoed during its press conference, which probably means that the company will show off a device with a flexible display, which can be folded right down the middle. It remains to be seen if the phone will be folded inwards or outwards, in other words, if it will have one large display and one small one, or just one large display half of which will power off when the device is folded. LG did patent a lot of designs over the course of the last couple of years, so it's not exactly easy to predict what to expect, but when it comes to the LG G8, chances are that we'll get a phone with a camera hole in the display, LG actually patented a design with two camera holes (oval-shaped) in the display recently, so… that may be the LG G8's design, we'll see.

Impact: The LG V40 ThinQ's performance on Android 8.1 Oreo is really good, as we were able to find out in our review. That being said, Android 9 Pie is expected to bring all of that to a whole new level. Google introduced a number of under-the-hood improvements with Android 9 Pie, in addition to some features that we've mentioned, and those improvements are expected to boost the LG V40 ThinQ's performance even more. Now, in addition to Adaptive Brightness and battery-related improvements, LG is also expected to introduce navigation gestures along with Android 9 Pie update for the V40 ThinQ. It remains to be seen if the company will come up with its own navigation gestures, like Xiaomi, Samsung, and OnePlus, for example, or will it follow Google's example and simply adopt what Google introduced. Improved security features will also be packed into the update, while it remains to be seen if LG plans to implement Digital Wellbeing into its version of Android 9 Pie. Chances are we'll get a redesigned accessibility menu, as Google redesign it quite a bit in Android 9 Pie, while the screen rotation prompt while using on-screen buttons or Google's navigation gestures may become available as well. Easier text selection will be included as well, almost certainly, while a number of additional, small tweaks will be implemented as well, though it remains to be seen what exactly. It is still unknown what LG-made software additions we'll see in this update, though, but some info will hopefully pop up soon.