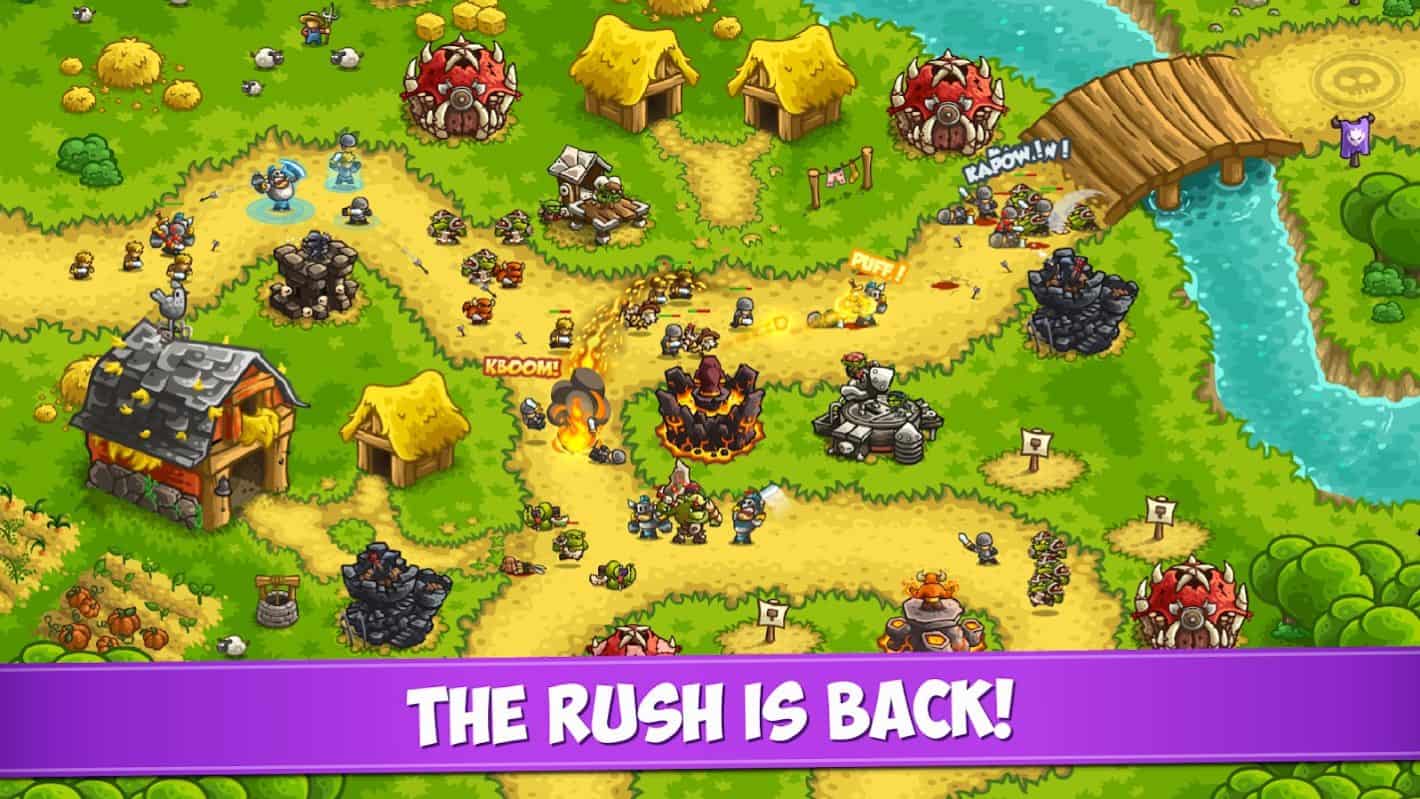 Tower defense fans are almost certainly familiar with Ironhide Game Studio's Kingdom Rush series, and now the fourth entry, titled Kingdom Rush Vengeance, is available for all in the Play Store at a price point of $4.99. You'll start off with 3 heroes and 11 types of towers, of which there are an available total of 9 and 16 respectively. Using a tower defense battle system wherein you plant and augment towers in enemy territory while deploying and enhancing your chosen hero for the level, you'll wage many battles and eventually topple 3 wicked kings to complete the story. This is the latest game in the series, chronologically speaking, so those who have not played previous entries should be warned that there may be spoilers here. Those wanting to catch up will be pleasantly surprised to find that the first game in the series is free, and the rest, save for this one, are priced under $3.00.

Background: This is a game that's true to its roots, and fans will find it very familiar, but in a good way. The sound design and music are as top-notch as they've always been, and the 2D graphics are well-crafted and very detailed. Like in previous games in the series, you can customize your heroes and your towers with upgrades and equipment. Speaking on content, there are 35 different types of enemies to test your mettle, running the gamut from run-of-the-mill foot soldiers to hulking elemental behemoths that will give entire armies a helping of trouble. You'll be facing them down across 16 chaotic stages that take place throughout 3 different lands, each belonging to one of the aforementioned kings. There are also 30 different upgrades to pursue, around ten different trinkets that can help out in battle, and over 50 different achievements to help bolster your Google Play Games score. As a final bonus to the whole package, the game is playable offline, provided you don't plan to make any in-app purchases.

Impact: Kingdom Rush Vengeance has been out for less than a week and has already amassed over 10,000 downloads, meaning that Ironhide Game Studio has pocketed at least $45,000 on the game. That's not chump change by any measure, and it's only going to increase as the game gains popularity. It's not a big logical leap to think that the tower defense genre will see a slight bump for just a little while to reflect copycats cashing in on this game's success. As for the impact this game will have on the Android gaming space as a whole, one of the biggest things to consider is the billing model. This one uses a rather safe model that charges players a low entry fee, then recoups more of the development cost and begins turning a profit when in-app purchases come into the equation. A crude projection using sales thus far would tell you that the game is poised to make somewhere in the neighborhood of $300,000 before the year is over, perhaps even more, on sales via Google Play alone, to say nothing of iOS App Store sales and in-app purchases. This seems to be a perfectly viable way to ensure a profit while lowering the barrier of entry to a level that mobile gamers are comfortable with, and it may become a bit more common in the near future if this game and others like it prosper in any notable fashion.