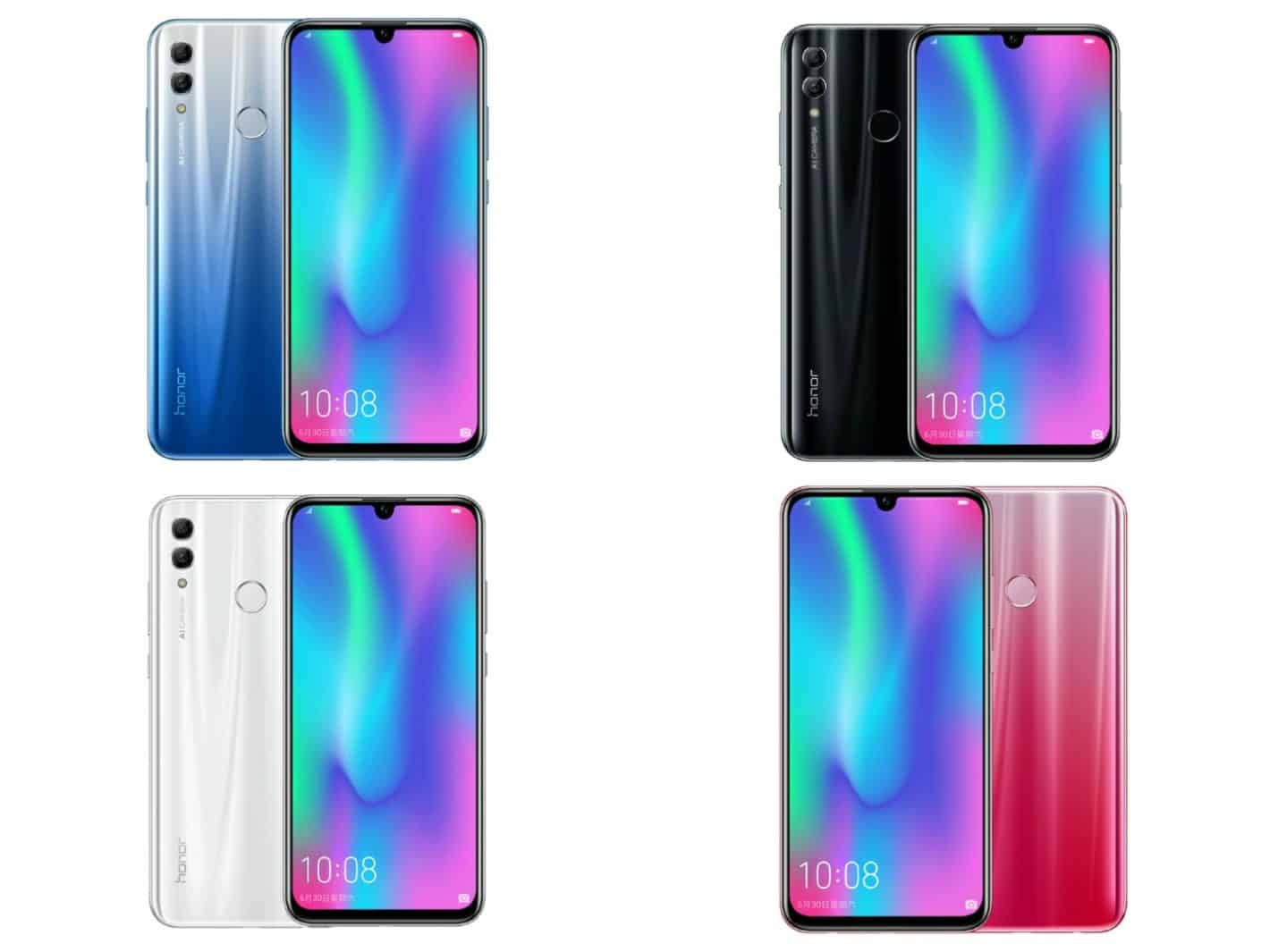 Honor has just added a new smartphone to its lineup, the Honor 10 Lite. The device got announced in China, Honor's homeland, but it will become available in other markets in the near future. The company did not share any plans regarding this phone's global launch, but based on the Honor 10 Lite's predecessors, in about a month, this phone will go on sale in both Europe, and some other markets. Having said that, the Honor 10 Lite sports a considerably smaller notch than its older sibling, the Honor 10, while the phone is made out of metal and glass, and it sports extremely thin bezels. Honor's branding is included on the back of the device, where you will find two vertically-aligned cameras, below which lies an LED flash, and a fingerprint scanner is also included on the back of the phone.

The Honor 10 Lite features a 3.5mm headphone jack on the bottom, where you will also find its loudspeaker, and a Type-C USB port for charging. The device's physical buttons are all located on the right-hand side of its body, you'll find its volume up, volume down, and power / lock key there. The device's display sports rounded corners, while a "teardrop" notch is included on the top of the display, and it houses a front-facing camera, while an earpiece is included above it. A very thin 'chin' is also a part of this design, while the Honor 10 Lite comes in four color variants. Honor had introduced Midnight Black, White, Gradiant Blue, and Gradiant Red color variants. As their name say, the last two color options sport a gradiant hue on the back, while the first two are basically solid colors. All of those colors are quite reflective, though, which is something Honor is well known for at this point.

As far as specs are concerned, the Honor 10 Lite is a mid-range smartphone, and it is considerably larger than the Honor 10. The Honor 10 Lite features a 6.21-inch fullHD+ (2340 x 1080) display with a 2.5D curved glass on top of it. The phone is fueled by the Kirin 710 64-bit octa-core processor, while it includes 4GB / 6GB of RAM. The 4GB RAM variant is available with 64GB of storage, while the 6GB RAM model comes in both 64GB and 128GB storage flavors. It is worth noting that you can expand storage in all Honor 10 Lite models via a microSD card, up to 256GB. Android 9 Pie comes pre-installed on the Honor 10 Lite, along with Huawei's Emotion UI (EMUI) 9.0. The Honor 10 Lite comes with two SIM card slots, we're looking at two nano SIM card slots here, and this is a hybrid setup, which means you can use the second SIM card slots in order to expand the device's storage. 13-megapixel (f/1.8 aperture) and 2-megapixel cameras are located on the back of the device, while a single 24-megapixel (f/2.0 aperture) camera can be found on the front side of the device. A 3,400mAh battery is included in the package, and the same can be said for Bluetooth 4.2 LE. The phone measures 154.8 x 73.64 x 7.95mm, while it weighs 162 grams.

Background: The Honor 10 was introduced back in May with a 5.84-inch display, and that phone is considerably smaller than the Honor 10 Lite. The Honor 10 is also more powerful than the Honor 10 Lite, as it is fueled by Huawei's flagship SoC for 2017, the Kirin 970. The two phones sport a similar build, though, both are made out of metal and glass, and both sport that reflective look on the back. The camera alignment is different, though, the Honor 10 has a larger notch, and a noticeably larger 'chin' below the display, as that chin houses a fingerprint scanner. The Honor 9 Lite, on the other hand, was announced back in December last year, 11 months ago. The Honor 10 Lite sported a 5.65-inch fullHD+ display, while it was also made out of metal and glass, but it sported noticeable bezels above and below the display. The Honor 10 Lite is a step forward as far as the design is concerned, at least when it comes to differentiating, its gradiant colors are quite noticeable, while the bezels are considerably thinner.

Impact: The Honor 10 Lite is quite a compelling mid-range smartphone, not only because of its design, but because of its price tag as well. Many people would say that the phone is more expensive than it is based on its design alone, while its specs are nothing to scoff at either. The device will be more expensive in Europe, once it arrives, but not by much, which will probably make it one of Honor's most compelling offerings. The device is also expected to reach India in the near future, though we're only guessing at this point. The Kirin 710 is the very best mid-range processor that Huawei has to offer at the moment, not counting the company's flagship SoC for last year. The Honor 10 Lite also ships with the very latest version of Android, and Huawei's skin, which is also a plus for the phone, that's for sure. It remains to be seen how well will its cameras perform, though chances are they will not provide ground-breaking results, still, they're only expected to be decent performers, and that could be easily achievable. All in all, the Honor 10 Lite does seem like a really nice package, and at that price point, it may appeal to consumers quite a bit, both in China and in other markets.