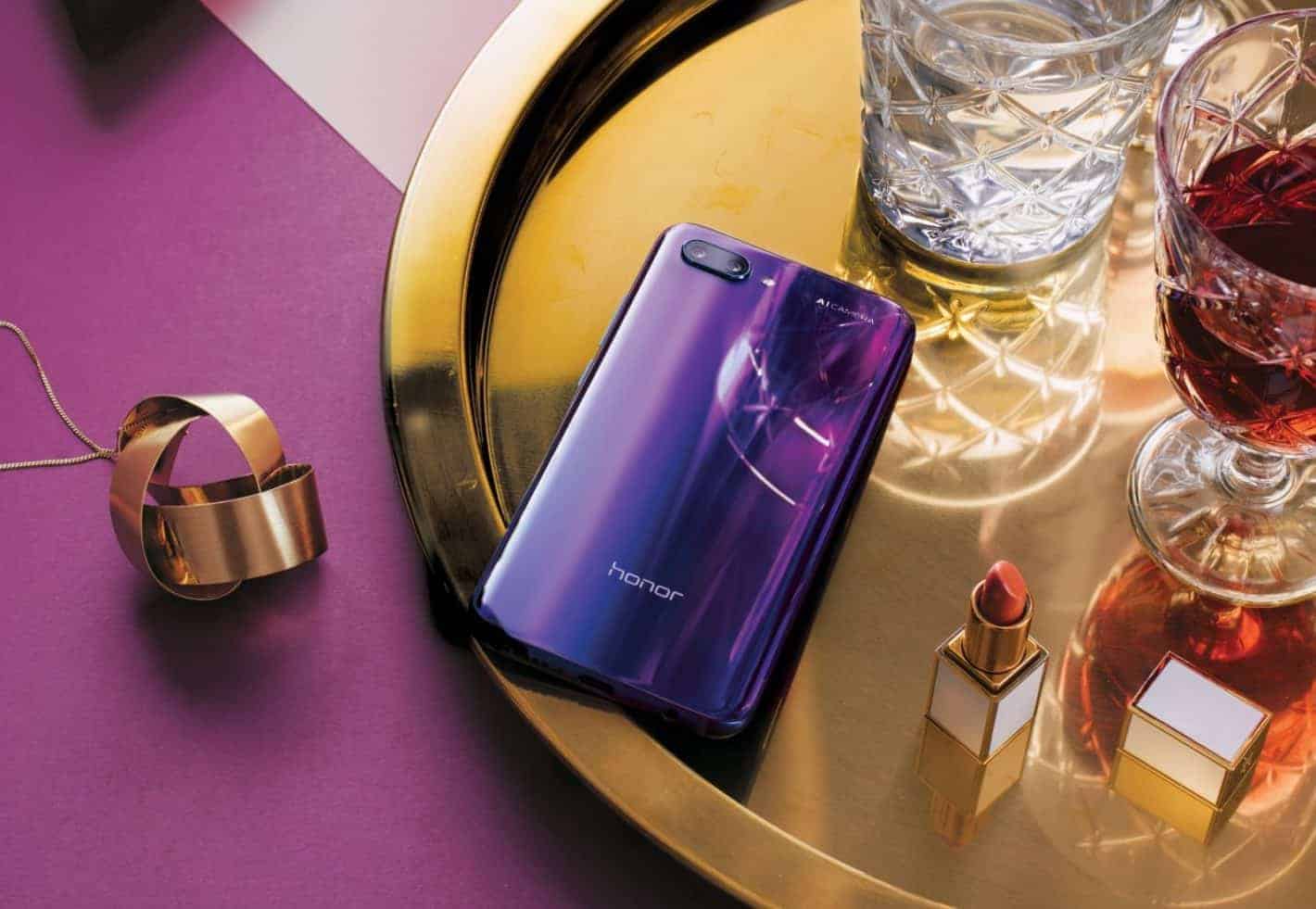 Getting a flagship smartphone these days usually requires you to part with a lot of money, and even the more affordable flagships cost over $500, at least most of them. Well, in case you're looking to purchase a new phone for less than $500 for you, or your loved ones, we've got you covered. We did our best to find the best devices that do not cross the $500 mark, and basically show them to you. Granted, there are some devices that are close to this price tag that you may be interested, phones like the OnePlus 6T, for example, but unfortunately for it, we're drawing the line at $500 here. All the devices that you see down below are actually available via Amazon, and if you're interested to see what's on offer, read on.

If you're simply tired of large phones, and would prefer to use something smaller, and yet equally as powerful… well, the Sony Xperia XZ2 Compact is definitely the way to go. This tiny monster features a 5-inch fullHD+ display, and it is fueled by the latest and greatest Qualcomm has to offer, the Snapdragon 845. The Xperia XZ2 Compact also includes 4GB of RAM, and it is IP68 certified or water and dust resistance. It comes with the same 19-megapixel camera on the back as its larger sibling, the Xperia XZ2, and that camera is quite capable, not to mention that it offers 960FPS slow-motion video at 1080p resolution.

Best Value For Money – if you need a powerful handset, but you're unwilling to pay over $400

The Honor 10 was introduced earlier this year, and it's amongst the best compact smartphones that you can get in this price range. This smartphone sports a 5.84-inch display, but thanks to its thin bezels, it's considerably smaller than regular phones with such a display. The Honor 10 is only 71.2mm wide, while it is 149.6mm tall, and 7.7mm thick. The phone is also quite powerful, it is fueled by the Kirin 970 64-bit octa-core processor, Huawei's flagship processor for last year, and the phone also has a capable dual camera setup on the back. To top it all off, a 3,400mAh battery is thrown into the package, while an ultrasonic fingerprint scanner is also available on the front of the device.

The Galaxy S8 and S8+ were the company's flagship handsets back in 2017, along with the Galaxy Note 8, and camera setups on these two phones aged really well. The Galaxy S8+ has an upper hand here thanks to its secondary telephoto camera, as the Galaxy S8 has only one camera on the back, but their main sensors are the same, and that's the main thing here. Both phones are capable of taking great images, and considering the device are different in size, you get plenty of choice here, as both of these phones are currently priced under $500 which makes them eligible for this category.

Considering its price tag, the Essential PH-1 is amongst the best value devices out there in this price range, not only is it under $500, but it's under $400 at this point, and on top of that, it's one of the better-looking phones at this price range, if not the best-looking one. This phone combines titanium, ceramic, and extremely thin bezels to deliver one of the most uniquely designed phones out there. The Essential PH-1 is also quite compact, the device sports a 5.71-inch display, but considering how thin its bezels are, it's only 71.1mm wide, and 141.5mm tall. The phone is also quite powerful under the hood, as it is fueled by the Snapdragon 835, while it comes with 4GB of RAM and stereo speakers.

The Huawei Mate 10 Pro has been replaced as the company's flagship by the Mate 20 Pro recently, but the Mate 10 Pro is still a great option under $500, and it offers great battery life. The device sports a 4,000mAh battery, which is a rather large battery pack, and if you include Huawei's software optimizations in the mix, the Mate 10 Pro is able to last a long time on a single charge. This is the company's flagship smartphone from 2017, and it's still quite powerful. The phone offers truly capable cameras, while it is fueled by the Kirin 970 64-bit octa-core SoC, and it packs in 6GB of RAM and 128GB of storage.

Best Gaming Phone Under $500 – for gamers on a budget

The first-gen Razer Phone is no longer the newest phone from Razer, but it's still plenty powerful, and a great option for gamers, as long as you're not looking to spend over $500. The Razer Phone comes with a 5.7-inch QHD display (regular 16:9 aspect ratio), and that display offers a 120Hz refresh rate, which makes it great or gaming. On top of that, the phone has plenty of bezels to which you can grip it while playing games, and Dolby Atmos-tuned stereo speakers are also a part of the offering here. The Snapdragon 835 is a part of the package as well, and so is 8GB of RAM, and a 3.5mm headphone jack. To top it all off, Razer included a 4,000mAh battery on the inside for your gaming sessions.

Best Smartphone For Business People – if you're typing a lot of e-mails, and don't consume a lot of media

The BlackBerry KEYone was the most powerful smartphone that BlackBerry introduced last year, it no longer is, but it's still a great phone if you're typing a lot of e-mails and text in general, and missing physical keyboards. This smartphone has a great physical keyboard with a ton of shortcuts, and it offers a great, tactile writing experience. The device is theoretically a mid-range smartphone, it is fueled by the Snapdragon 660 64-bit octa-core processor, and it includes 4GB of RAM. If you're consuming a lot of media, and need a larger display with a different aspect ratio, though, this phone is not for you.

The Honor View 10 is not exactly a phone that trumps all others on this list thanks to one specific feature, but it's a great overall device at its price, and thanks to its large battery and Honor's software optimizations, it can provide you with a lot of media consumption on a single charge, not to mention that it has a great display. Think of this phone as a larger variant of the Honor 10. The phone has a 5.99-inch fullHD+ display, while it is fueled by the Kirin 970 processor. The phone is made out of aluminum, and if you're tired of glass phone, this is the way to go. Two quite capable cameras are included on the back of this phone, while Android 9 Pie update will land on your device once you buy it. A 3,750mAh battery is here as well, and the phone offers 5V/4.5A fast charging.

Best Specifications – for those of you who are spec-hungry

The ASUS ZenFone 5z is one of those phones that not many people know about, and yet it's quite powerful, and a great deal at its price range. Not only is this phone fueled by the Snapdragon 845, but it also includes 6GB of RAM, at least the variant that is available in the US does. The phone features a huge 6.2-inch fullHD+ display, and it comes with thin bezels, even though it has a display notch. Stereo speakers are also a part of the package, and the device is made out of metal and glass. 18W fast charging is also a part of the package, and it can be used to charge up a 3,300mAh battery that is included here.

Best OLED Offering – if having an OLED display is a priority

The Moto Z3 Play is, unlike some other phones on this list, a mid-range smartphone, but it does have one thing none other have, an OLED display. The Moto Z3 Play comes with a 6.01-inch fullHD+ Super AMOLED display, and a 77.9-percent screen-to-body ratio. That's not all that this phone has going or it, though, the Snapdragon 636 SoC that is included on the inside is quite capable, while the phone is splash resistant. A 12-megapixel main sensor on the back has 1.4um-sized pixels, and we're looking at an f/1.7 aperture lens here, plus a 5-megapixel depth sensor. The Moto Z3 Play also ships with Bluetooth 5.0, and it's a solid device overall.