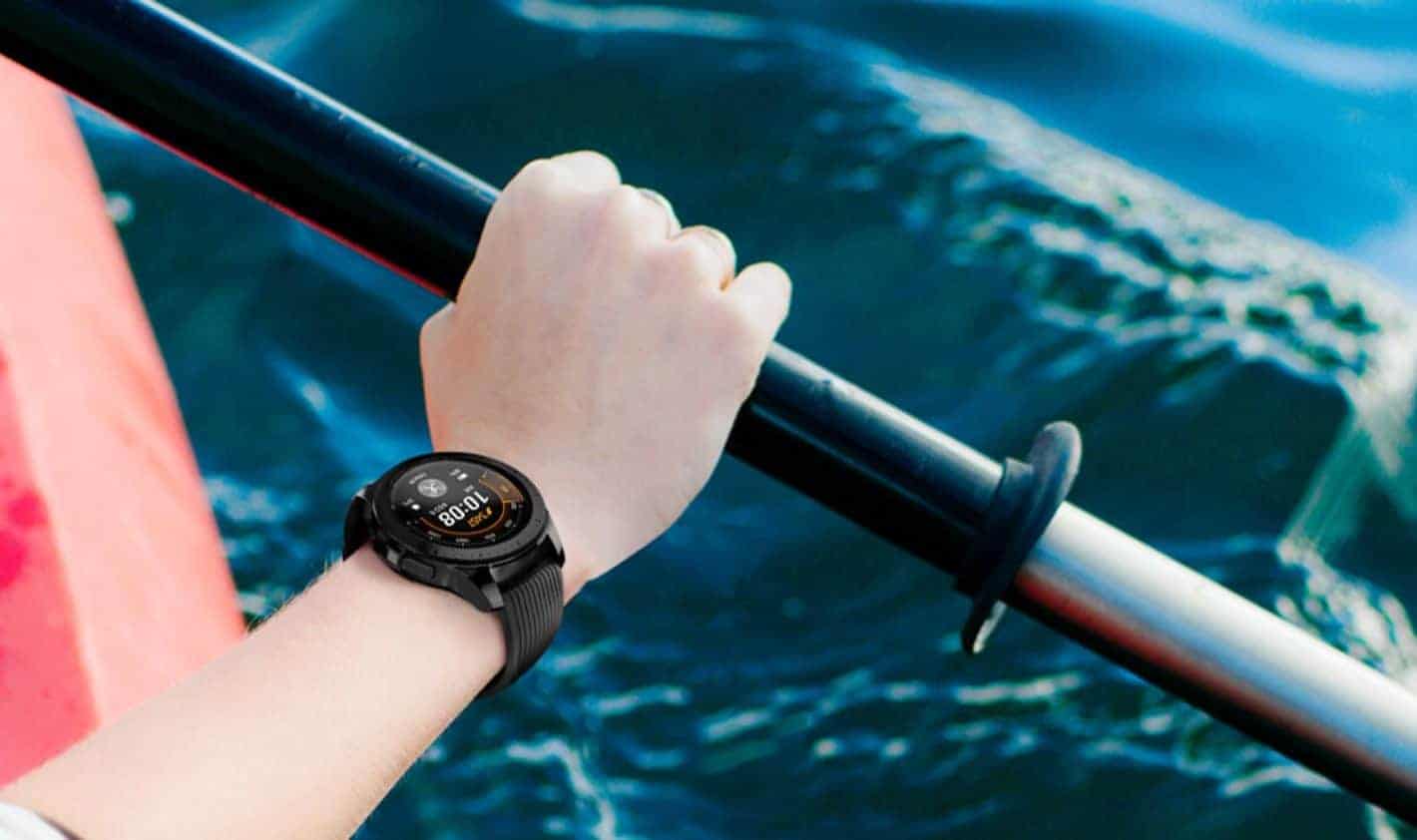 Smartwatches are one of the latest consumer electronics categories to garner global popularity and as technology often makes for great gifts, there's no time like the present to check out the newest gadgets the industry has to offer during this year's season of giving. AndroidHeadlines is here to help with an exhaustive list of today's best smartwatches spanning a wide variety of categories, from beginner-friendly devices to versatile wearables for power users.

Best Overall Smartwatch – for those that want it all

Consumers seeking the most cutting-edge smartwatch that does it all should look no further than the Galaxy Watch, Samsung's latest flagship wearable that's both a fitness tracker and a standalone music player, which is everything you need to leave your smartphone behind when going out on a run. Coupled with a broad range of Tizen apps, GPS, wireless charging, a day-long battery, interchangeable bands, and arguably the most intuitive smartwatch user interface ever created, the Galaxy Watch should perform admirably in all scenarios. While the wearable is available in two sizes, note that only the larger model supports LTE connectivity.

Best Value Smartwatch – the most sensible option on the market

While both consumers and critics have been eagerly awaiting the Huawei Watch 3 for well over a year now, Huawei's last major smartwatch model continues to impress and is currently the best value option on the market. If you want a versatile Wear OS device or are simply adamant to get the best bang for your buck, you won't do better than the Huawei Watch 2 this holiday season. Google Assistant, NFC-enabled contactless payments, AI fitness tracking, and standalone apps are all part of this comprehensive package that will serve you for many years to come.

Xiaomi's Huami already made a name for itself with feature-packed and affordable fitness trackers and is now taking on the world of smartwatches with the Amazfit Bip, a compact gadget that will provide you with the vast majority of the latest wearable technologies on a budget and one that boasts an intuitive user interface that's perfect for first-time smartwatch owners. Its always-on display and month-long battery also deliver a wonderful level of convenience, so if you're finally ready to buy a smartwatch but don't want to overcommit and spend hundreds of dollars on such a device, the Amazfit Bip is your best bet.

Tastes may differ but the general consensus among both consumers and critics is that minimalism usually delivers a timeless look. With that in mind, the Skagen Connected Falster 2 is arguably today's most stylish smartwatch whose sleek design will do an amazing job at complementing any outfit. This gadget isn't all looks either as it's a full-fledged Wear OS device that's waterproof and offers everything from contactless payments to built-in GPS and is compatible with virtually every modern Android and iOS handset on the market.

Traditionally a fitness tracker manufacturer, Fitbit has been moving into the smartwatch space over the last year, and one of its latest products is the Versa, a wearable that's perfectly suited to women. While its neutral design and many functionalities cater to everyone, this is the first Fitbit gadget to launch with the company's Female Health Tracking experience which includes period tracking and a massive knowledge base spanning subjects such as fertility and ovulation which the firm is keeping updated with the help of renowned American gynecologists.

Best Smartwatch For Children – what kid doesn't like gadgets?

The VTech Kidizoom DX2 is a feature-rich smartwatch designed specifically for children that will entertain your kids while simultaneously reminding them of their chores. It features a dual-camera setup that can be used for both selfies and augmented-reality games, as well as a wide variety of photo filters, face masks, and apps. If you want to provide your children with a neat wearable this holiday season, the VTech Kidizoom DX2 is the most sensible option on the market.

Nokia and Withings are no longer one and the same as the French wearable maker is once again independent, yet its flagship product — the Steel HR — remains as popular as ever. Its timeless design is a major part of that appeal as this is arguably the best wearable for aficionados of traditional timepieces, i.e. people who want to take advantage of all of the latest smartwatch technologies while still enjoying the convenience of a conventional watch. Connected GPS, waterproofing, activity tracking, and sleep monitoring are all part of this comprehensive package that will allow you to get the best of both timepiece worlds without breaking the bank.

If you want the best fitness-tracking option on the market but don't want it in the form of a smart band, you ought to take a look at the Fitbit Ionic. This versatile device can function even without a smartphone, monitor your activities and sleep, play music, keep track of your running routes with GPS and GLONASS, and provide you with advice meant to improve the efficiency of your workouts. Regardless of whether you're a runner, swimmer, rider, or a golfer, the Fitbit Ionic is a fantastic choice that will assist you in a plethora of ways for up to four days on a single battery charge.

The Garmin fēnix 5 Plus is one of the most premium smartwatch options on the market but its high price tag is justifiable to any potential buyer on the lookout for a rugged wearable that doesn't show wear and tear even after spending years in the wilderness. With a choice between a stainless steel and diamond-like carbon titanium bezel, the Garmin fēnix 5 Plus will provide you with fitness tracking, GPS monitoring, standalone music playback, and up to ten days of battery life in any terrain, even if faced with the harshest possible weather.

The concept of a hybrid watch is not entirely new in the world of wearables but the LG Watch W7 takes it to another level with multiple efficiency modes that allow you to use the device for up to a hundred days on a single charge. Naturally, you have to give u Wear OS functionalities in order to do so but even with most of its bells and whistles enabled, the LG Watch W7 will last you for days. If its battery levels are depleted, you can still switch it to analog mode and keep it ticking for three or four days, so if you're someone who often forgets to charge their electronics but wants to get their hands on a wearable this holiday season, LG's latest gadget should be perfectly suited to your habits.

Best Smartwatch For iOS Users – is there even any doubt about the winner here?

The choice between Android and iOS is a matter of preference and while Wear OS devices work with iOS, that's not really true for the Apple Watch line. Sure, you can get some functionality out of it by manually pairing it with an Android handset but there's really no point in spending so much on a gadget only to cripple it. However, if you're an iOS user, the Apple Watch is still your best bet as the latest addition to the product family is also within a shout for the best wearable ever created. Cellular connectivity, GPS, contactless payments, a digital crown that gives haptic feedback, waterproofing, and possibly the most capable smartwatch processor in the world are all excellent reasons for going with the Apple Watch Series 4 if you own an iPhone, and a wide variety of band options Apple has on offer almost guarantee anyone will find at least one look they like.

Apple Watch Series 4 - $659 (Amazon)
Advertisement
Trusted By Millions
Independent, Expert Android News You Can Trust, Since 2010
Publishing More Android Than Anyone Else
39
Today
83
This Week
338
This Month
5082
This Year
106557
All Time
Advertisement