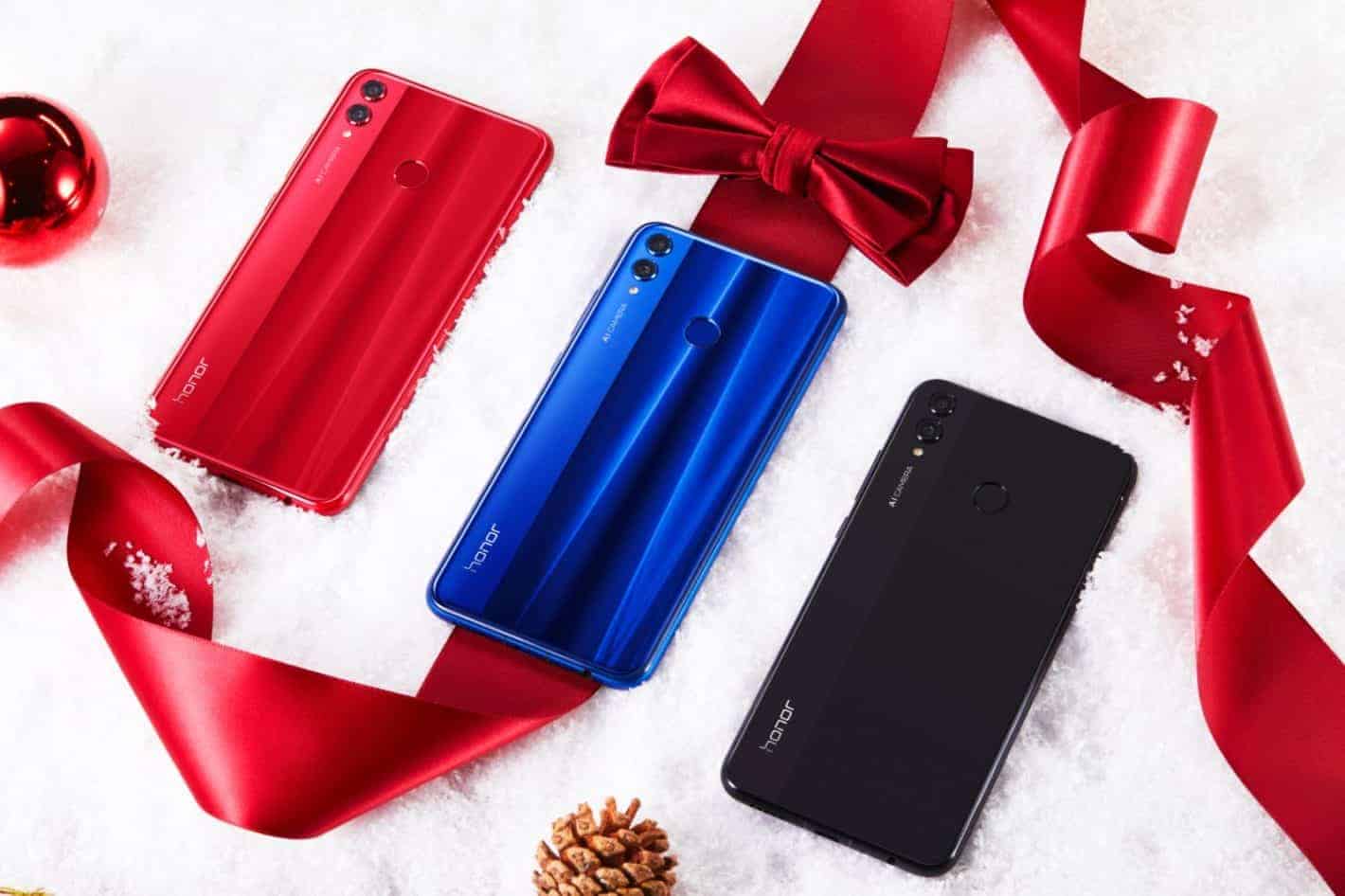 Flagship smartphones have managed to become extremely expensive, so many people have started looking into more budget-friendly options, and luckily for them, cheaper phones have managed to get quite good over time. Having said that, we've hand-picked some cheaper devices for you to check out, do keep in mind that devices on this list cost up to $350, that's where we drew the line, and they're all new, refurbished units did not get included here. So, if you're looking for a new budget phone for yourself, your family, or whoever, this list may help you find it.

Best Overall – if you're looking for a great all-around phone

The Honor 8X is one of the best budget phones out there at the moment. This handset became available in the US quite recently, and it's quite affordable. The phone looks more expensive than it actually is, it's made out of metal and glass, while its bezels are really thin. This phone packs in a huge display, a 6.5-inch fullHD+ panel, while on top of that it also comes with 4GB / 6GB of RAM and it is fueled by the Kirin 710 64-bit octa-core processor, Huawei's best mid-range processor.

Best Value – if you're looking to get most for your money

The Nokia 7.1 has plenty to offer, both on hardware and software fronts. The phone is made out of metal and glass, while its bezels are quite thin, even though it has a display notch. The phone features a 5.84-inch display, and due to that and its thin bezels, the phone is actually quite compact, compact enough for most people. The Nokia 7.1 comes with clean Android, as it is a part of Google's Android One project, and the device is fueled by the Snapdragon 636. Its 12 and 5-megapixel cameras on the back are quite capable, and on top of everything, it comes with a 3,060mAh battery.

Best Compact Offering – if you're looking for a compact, and yet powerful handset

The Huawei P20 Lite is the least powerful member of the P20 family, and yet, it's quite a compelling purchase. The device comes with a 5.84-inch display, and thanks to its thin bezels, it's quite compact, more compact than most of its competitors. This phone also includes 4GB of RAM, and it's made out of metal and plastic, though that plastic on its back feel much better than you may think, and it looks like glass. Android 8.0 Oreo comes pre-installed on it, and Huawei's EMUI 8.0 skin is included on top, with plenty of features.

Google's first-gen Pixel phone is two years old at this point, but its camera is still one of the better ones in the business, and in this price ratio, you probably won't find a better one out there. The Google Pixel features a single camera on the back, a 12.2-megapixel camera, but the magic happens on the software side of things. Google's camera algorithms do most of the heavy lifting, and once it's done processing an image, you're left with a really great looking shot in pretty much any situation, even in low light. This device is also quite compact, it sports a 5-inch display, so if you need a smaller phone with a great camera, this is the way to go.

The Honor Play is a phone which equips a huge display, and it comes with Huawei's GPU Turbo, which essentially boosts the phone's performance, especially when it comes to gaming and similar tasks. The phone features a 6.3-inch fullHD+ display, while it is fueled by the Kirin 970, which is Huawei's flagship SoC for last year, and it's still more than powerful enough to handle any game you can throw at it, with ease. Android 8.1 Oreo comes pre-installed on the phone, with EMUI 8.2, but it will get Android 9 Pie in the near future.

The Moto X4 is a great option for those of you who are on a budget, and want a smaller device that can offer great battery life. The Motorola Moto X4 sports a 5.2-inch fullHD display, while it is made out of metal and glass, and it comes with a 3,000mAh battery, which is great for this display size and processor that fuels the phone. Its back side is curved, and it fits in the hand quite nicely. The Moto X4 is fueled by the Snapdragon 630 64-bit octa-core processor, and it includes 3GB of RAM and 32GB of expandable storage. The phone is quite affordable, as it costs under $300, and it is available in three color variants on Amazon.

The Xiaomi Mi A2 is considered to be one of the best Android One smartphones out there, and for a good reason. This is a rather powerful mid-range smartphone, which comes with clean software, and it costs less than $230 at the moment. The Xiaomi Mi A2 features thin bezels, a large 5.99-inch fullHD+ display, 4GB of RAM and 64GB of storage. The phone is fueled by the Snapdragon 660 64-bit octa-core processor, while it sports 12 and 20-megapixel cameras on the back. A 3,010mAh battery is included in the package, and the phone is made out of metal.

The Motorola Moto G6 is one of the most affordable devices on this list, and yet it is a solid phone at its price point. This phone's bezels are not that thick, while a fingerprint scanner is included, and it sits below the display. The phone fits in the hand quite nicely, and it is fueled by the Snapdragon 450 64-bit octa-core processor. The phone comes in both 3GB and 4GB RAM variants, while its display measures 5.7 inches, we're looking at a fullHD panel here. A 3,000mAh battery is also included, and having its display size and resolution in mind, in addition to its processor, it's more than enough to last you through a day.

The Nokia 6.1 (2018) is not exactly amongst the most powerful smartphones here, but it's amongst the cheapest ones. Despite its price tag, though, the Nokia 6.1 does have a lot to offer. In addition to its sturdy build, it is also a part of Google's Android One project, which means that it comes with stock Android out of the box, no bloatware. The phone sports a 5.5-inch fullHD display, and it is fueled by the Snapdragon 630 64-bit octa-core processor, Qualcomm's mid-range SoC. ZEISS optics are a part of the picture here, while the phone also includes 3GB of RAM and 32GB of storage.

Best Option Under $200 – if you have less than $200 to spend, and you want clean software on the device

The Xiaomi Mi A2 Lite is inferior to the Mi A2, but the device also costs less because of it, and it comes with stock Android out of the box, as it's a part of Google's Android One project, same as the Xiaomi Mi A2. This smartphone sports a display notch, unlike its sibling, while it's also more compact than the Mi A2. The Xiaomi Mi A2 Lite sports a 5.84-inch fullHD+ display, 4GB of RAM and 64GB of expandable storage. The device is fueled by the Snapdragon 625 64-bit octa-core processor, and it packs in a 4,000mAh battery, which should be more than enough for this smartphone.

Best Option Under $150 – If you're on a really tight budget

The Honor 7X is the most affordable smartphone on this list, and even though it technically got replaced by the Honor 8X, it's still more than a compelling offering. The Honor 7X is considerably smaller than the Honor 8X, so some people may not even compare the two. A 5.93-inch display is included in this package, and the same can be said for 16 and 2-megapixel cameras which are placed on the back of this phone. The device comes with 3GB of RAM and 32GB of expandable storage.