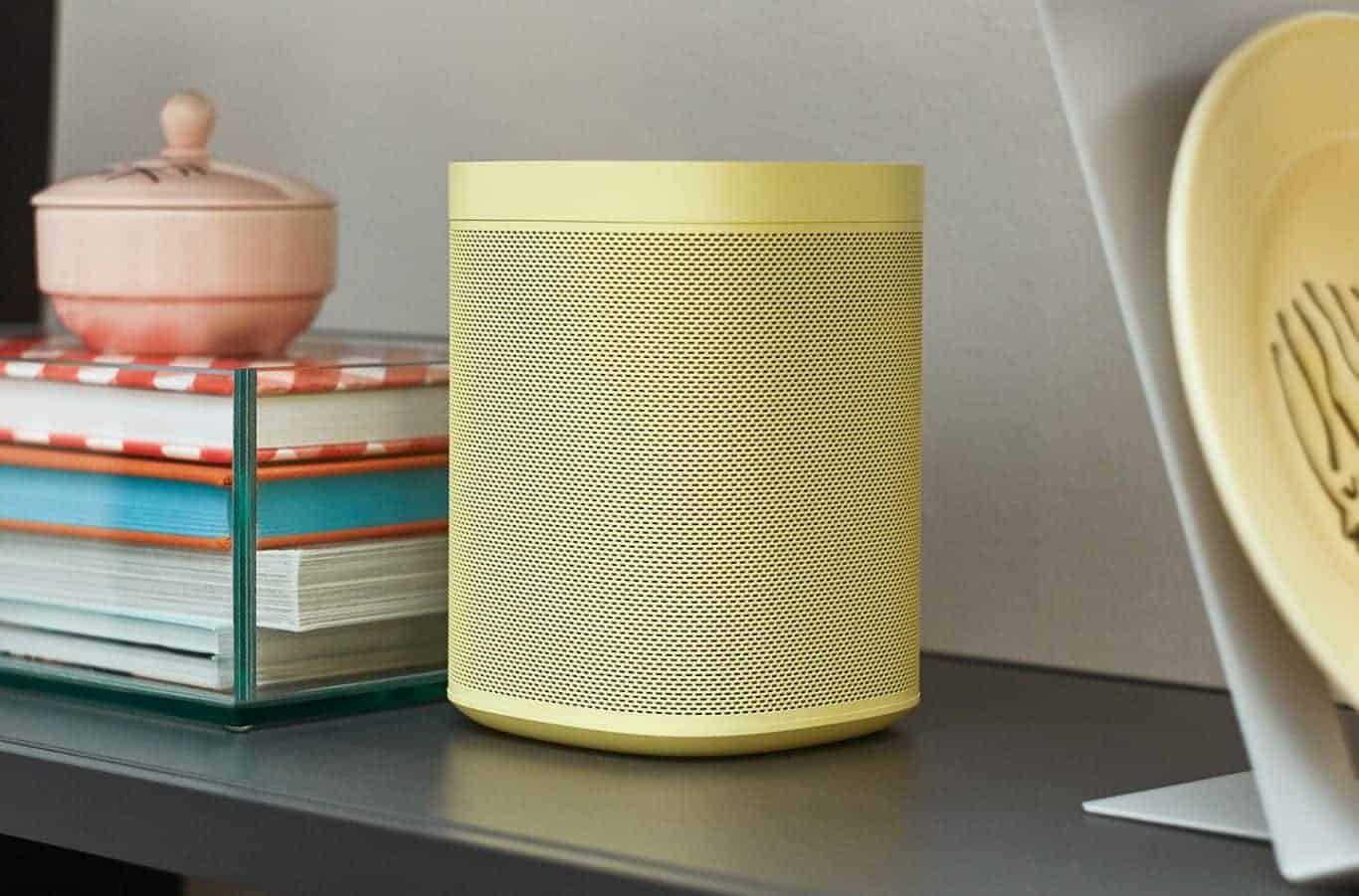 Amazon Alexa and Google Assistant can be a great gift this holiday season, especially in the form of a speaker or a smart display. There are plenty of options involving both assistants, from Amazon and Google as well as third-parties. There are names like Sonos, Sony, LG, JBL and more getting into the fray of smart displays and smart speakers. They will make great gifts this holiday season, especially for those that have smart home products in their home. Here are the best smart displays and smart speakers currently available.

The Google Home Max is the best Google Home and Google Assistant speaker on the market right now, of course, it's price does depict that it should be. It's a much larger speaker (almost on par with the Sonos PLAY:5) so it is going to output a lot more sound than something like the regular Google Home. It sports two 4.5-inch high excursion woofers and then two 0.7-inch tweeters, which are going to provide some really good sounding audio, with some deep bass. It is also pretty smart, and knows where in the room it is located. So if it is located in a corner, it will know and will adjust to bounce off of those walls for an even better quality output. And of course, it has Google Assistant built-in.

The Amazon Echo Dot may not be everyone's favorite Alexa speaker, primarily because of how small it is and the quality of the audio. But it is still a really good smart speaker for those looking for Amazon Alexa support. With the third-generation model Amazon actually improved the audio quality on the Echo Dot so this is a better sounding unit than the models that came before it. Of course, what's far more important is the price as this is a super cheap and easy way to bring Alexa to every room in your home.

The Sony LF-S50G is not a new speaker, it was actually launched last year, but it is still the best sounding Google Assistant speaker. It features a 360-degree design, that is covered in fabric, resulting in a high quality sound regardless of which direction the speaker is facing. It also comes with Sony's music expertise and Extra Bass technology, which further help to tweak the ourput and add an extra bass push when needed. In addition, there is an LED clock on the speaker, which also makes it pretty useful as an alarm clock on a bedside table. Sony offers the LF-S50G in two colors: Black and white.

Google knew it had to create something to challenge the Echo Dot, and last year, it brought out the Google Home Mini, which was a smaller speaker but priced at $50 like the Echo Dot. The Home Mini is a small, hockey puck-like, speaker from Google, that has the Assistant built-in with its four lights. It does everything that any other Google Assistant speaker is able to do. It's just smaller and cheaper. Making it a really good option for those looking for a way to bring the Google Assistant into every room in their home.

The Lenovo Smart Display – which comes in both 10 and 8-inch sizes – is the overall best smart display that has Google Assistant built-in. It sports a fairly sizeable speaker on the left of the unit for an improved audio experience, and can also be used in portrait mode, though that only used for Google Duo and video chatting. As this can be used for video chatting it does come with a camera  although it also features a shutter which can be used to completely disable the camera – allowing the user to place the unit in additional rooms such as the bedroom without having to worry about privacy. The unit also features an ambient sensor to check whether someone is nearby and to turn on or off the main display accordingly. This is all in addition to the inclusion of Google Assistant.

The Google Home Hub received a lot of attention when it was announced due to how inexpensive it is – as it's priced at just $149. Compared to the other Google Assistant smart displays the Home Hub does not feature a camera which means no access to video calling through services like Duo, Skype and so on. Google apparently made this decision so it could offer a device which users could buy with greater confidence in the level of privacy. For example, you can happily place this unit in the bedroom without worrying about being spied on. It is also pretty small in size with the display coming in at about 7-inches, but it does have a nice speaker on the back. It's a good smart display to use in the kitchen, especially if you are looking for a recipe to cook.

JBL's LINK series of smart speakers all sport Google Assistant and the two smaller ones are actually portable speakers. For smart speakers, this is a big deal as many of them need to stay plugged in. And that is because they are always listening. But the JBL LINK 20 is able to do it on a battery which is said to last around 10 hours. Adding to its portable nature, the LINK 20 also features an IPX7 rating for water-resistance, while the use of a 360-degree design means you can stick it on a table in the middle of the room and expect the same sound quality from all directions.

Best Smart Display For Music – incredible audio, with a display

The JBL LINK View is the best smart display with the Google Assistant when it comes to audio as it has a speaker on both sides of the display resulting in a better distribution of sound. This is in addition to the level of sound tweaking you would expect from a company such as JBL. These two speakers are both 10W speakers which means they are also pretty loud compared to similar products so you are just not getting a good sounding unit, but also one that can more easily fill the room the display is located in. Sound aside, the JBL LINK View also has a 8-inch display making it an ideal size for watching YouTube or catching up on the news. There is also a five-megapixel front-facing camera included for those who want to make use of video calling through Google Duo.

Best Amazon Alexa Smart Speaker – it's a smart speaker, and a smart home hub, in one

The Amazon Echo Plus is the best smart speaker with Alexa, period. This is because it is also a smart home hub. So you can pick up this speaker and not only listen to music but also have the device control all of your other smart home products without having to worry about needing an additional hub device. The Echo Plus also provides a pretty good sound overall, thanks to Amazon having working with Dolby to tune the audio, as well as the speaker in general adopting a 360-degree design for better sound distribution. It also comes covered in fabric (or you can choose a wood-covered one), which looks great without affecting the audio quality.

The eufy Genie is another "value" Amazon Alexa speaker, since it is priced below the Echo Dot, but it's audio quality isn't quite up to the levels of the Echo Dot. The eufy Genie is basically a small speaker that you can use to put Alexa everywhere in your house without paying a fortune. It can still play music, though it's not going to blow your socks off. Alexa is included here, but it does also have less microphones, but it can still hear you just fine. It can of course, still control all of your favorite smart home products as well.

Amazon refreshed the Echo Show this year, and gave it a larger, higher-resolution display while also giving the entire product a big facelift. The Echo Show now sports a 10.1-inch display, and has seen its speaker moved to the rear of the device. It still has a camera built-in, which can be turned off when you don't want it on, resulting in the option to make and take video calls This is all in addition to making use of Alexa for all the normal stuff like getting feedback on the weather, the news, and so on.

The Echo Spot is technically a smart display, even though it is much smaller than the Echo Show. Which is why it's also about half the price. The Echo Spot is a rounded smart display, which looks really great for a table, and would be an ideal addition to the living room or bedroom. It also does feature a camera so it can be used for video chatting. As with most products, the Echo Spot also comes with Amazon Alexa built-in, so you can use it to do different things like asking the weather, seeing the stream from your security camera and much more.

Sonos announced the Beam earlier in the year as a much smaller alternative soundbar to the company's PLAYBASE, but it also has Amazon Alexa support included. Since it uses HDMI ARC to plug into your TV, it can actually control your entire TV and through voice commands. In addition to the navigational benefits of using Alexa, users are also able to make use of the virtual assistant to control over smart home products, as well as answering questions and even ordering pizza from Domino's. The Sonos Beam also provides some great sounding audio, which is probably to be expected considering this is a Sonos product. Speaking of which, the Beam is also compatible with other Sonos speakers including the PLAY:1, PLAY:3 and PLAY:5 for a richer multi-room or surround sound experience.

Sonos is known for its audio quality, particularly when it comes to multi-room audio and this is partly because it streams over Wi-Fi instead of Bluetooth, where's there is more bandwidth for better sounding audio. And the Sonos One delivers that great sounding audio, but with Amazon Alexa included as well. So you can get a great speaker for streaming music, and also make use of all of the features commonly associated with a smart speaker. It is also one of the more expensive smart speakers on this list, but completely worth the price, and especially if you are an audiophile, or already invested in the Sonos ecosystem.

Sonos One - Amazon - $179
Advertisement
Trusted By Millions
Independent, Expert Android News You Can Trust, Since 2010
Publishing More Android Than Anyone Else
0
Today
175
This Week
282
This Month
4266
This Year
105743
All Time
Advertisement