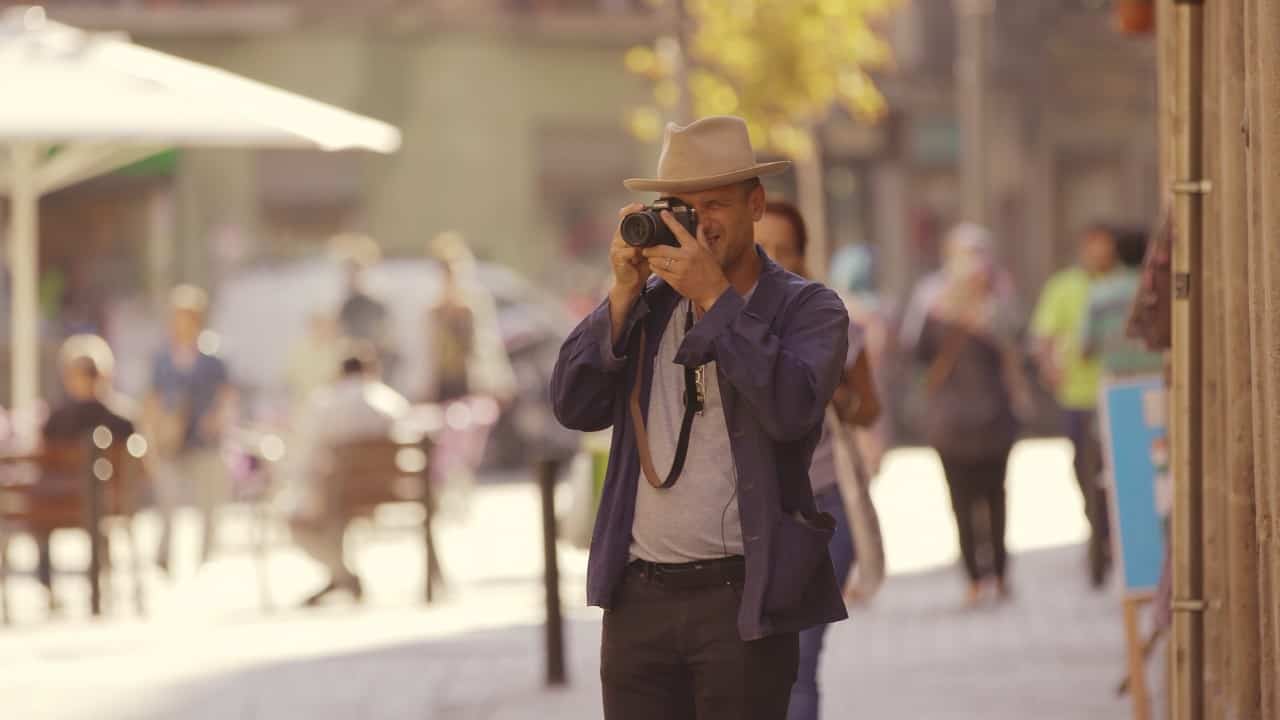 The holiday season is nearly upon us, making this the perfect time to start a new hobby or help your loved ones do the same. As far as pastimes are concerned, photography is one of the most popular forms of avocations out there, in part because it's easy to get into, and partially because it's so versatile and rewarding. This fall (and winter), AndroidHeadlines is here to help you take the very first step on your photography journey, or take your imaging game to the next level by doing the most important thing there is – choosing a new camera. Below you'll find the list of our top picks in the segment that represent the very best of every price bracket and use case. While not necessarily the cheapest, all of these products are critically acclaimed options with immense versatility, and many are bound to be treated to heavy discounts this holiday season, which is why this list will be regularly updated with price changes.

The Canon EOS 5D Mark IV was close to winning in this category but the Nikon D850 still ended up topping it primarily due to its unbelievably good autofocusing system that will make freezing motion a piece of cake. If no fewer than 99 AF points aren't enough to impress you, the extraordinary 45.7-megapixel full-frame sensor certainly will, as will the Nikon D850's ability to shoot at nine frames per second and deliver 40K 60fps videos. Coupled with the most premium-feeling body on the market that's resistant to the elements and sits perfectly in most hands, the Nikon D850 is the ultimate option for professional photographers not willing to compromise on anything.

Nikon has been dominating the field of entry-level DSLRs ever since it introduced its D3000 series many years ago and the latest D3500 is yet another example of why the Japanese manufacturer remains the undisputed king of this segment; the latest addition to the product family handles like a product that's at least twice its price and provides you with plenty of options for shooting anything from portraits and landscapes to food and sports. With eleven autofocus points, this device can even rival some mid-rangers when it comes to action shots, and it's available in plenty of bundles that offer fantastic value for money and will provide you with everything you need to get started with photography.

Best enthusiast DSLR camera – for anyone who takes their hobby seriously

If you're ready to elevate your photography game and can look past blind brand loyalty, you'll certainly want to go with the Canon EOS 80D for your nest DSLR. This camera has it all: a state-of-the-art sensor, amazing third-party accessory support, incredible shutter speed, excellent low-light performance, and a beautifully intelligent autofocusing system. All for under $1,000, at least for now. As far as ASP-C (crop) cameras are concerned, the Canon EOS 80D is the best all-around performer, so if full-frame photography is not something you're prepared to commit thousands of dollars toward, this particular gadget will allow you to make the most of your imaging skills without going broke.

It's going to be a few years until you start seeing the terms "entry-level" and "mirrorless camera" appear side-by-side somewhat frequently but that still doesn't mean you can't get a taste of the future of photography without breaking the bank. Case in point – the Sony A600 Alpha. Combining a 24-megapixel ASP-C sensor with a hybrid autofocusing system and support for continuous shooting at 11fps makes this camera capable of taking on many mid-range DSLRs, and that's without accounting for the fact it's significantly more compact than all of them. If portability and filmmaking are massive factors for you, this is the perfect opportunity to jump on the mirrorless bandwagon because the entire industry will be doing so eventually.

While mirrorless cameras are still seen as more of a curiosity than the ultimate imaging option by many a photographer, the Nikon Z7 proves that imaging superiority almost certainly won't be reliant on a single-lens reflex mechanism. This gadget delivers the very best of what Nikon has to offer on the photography a 493-point autofocusing system and 8K time-lapse support, as well as a 45.7-megapixel full-frame sensor with an illuminated backside, all while weighing just 585 grams, thus being nearly twice as light as something like the Nikon D850. While mirrorless cameras are yet to reach battery performance comparable to that of their DSLR brethren, they're already excelling in most other areas, so if money isn't an issue, buy yourself an extra battery pack and fully embrace the future of photography with the Nikon Z7.

Best value camera – make the most of your money

The Canon EOS Rebel TS2 — also known as the EOS 200D in Europe and EOS Kiss X9 in Japan — is this year's best-value camera, even when looking at its rivals outside of the DSLR space. Not only is this the world's lightest and generally most compact DSLR but it also ships with a wide variety of features and an extremely user-friendly interface that will show you the ropes of digital photography while not imposing harsh technical restrictions on you as entry-level cameras always do. So, while not exactly the cheapest entry point to the world of DSLRs, the EOS Rebel TS2 is certainly the one that provides the most bang for your buck and is an amazing option on the lower end of the mid-range price bracket that only falls short in the action photography department given how it features a simple nine-point autofocusing system. However, if you're interested in shooting anything but action and are on a tight budget, this camera is definitely the way to go.

If you're just about to get into recording sports and other fast-paced activities, the YI 4K+ Action Camera will provide you with everything you need to get started at just over $200, at least until the holidays are over and its price tag returns to the $300 territory. Much like its name suggests, this gadget will deliver 4K footage and one that runs at 60 frames per second, with its cutting-edge electronic image stabilization ensuring your recordings aren't shaky. Coupled with slow-motion (120fps) capabilities and live-streaming support, the YI 4K+ is the ultimate option for beginners and only requires caution in harsh weather as it isn't certified for robust elements resistance.

There are several major reasons why the GoPro Hero7 Black is the ultimate option for action videography in 2018. First, it matches or exceeds the image quality of all other consumer-grade action cameras on the market. Second, it comes with GoPro's new HyperSmooth stabilization solution that's unlike anything ever implemented into such a device and usually delivers results that are on par with those you'd get from a gimbal, just without a ($200) gimbal. Its rugged, waterproof design and support for voice commands are just a couple of cherries on top of this amazing package that's simply a must-have for all serious action photography enthusiasts.

Possibly the most contested title on this list, the best claim to the entry-level filmmaking throne is arguably still with the Nikon D3300. While it's pushing two years now, it's still a better option for beginner videomakers than the new D3500 by virtue of the fact that it offers identical recording capabilities at a lower price point. Getting 1080p clips at 60 frames per second out of such a basic piece of hardware remains an impressive feat in 2018, so if you're primarily interested in getting started with videos and aren't that keen on still photography, this is the best-value option you can buy brand-new. If you want to save even more money, a used D3300 from 2014 will also deliver nearly identical results at around $200 less.

If you're interested in upping your YouTube game or are about to start posting YouTube videos and want an inexpensive filmmaking solution that still offers a lot of quality, the Canon VIXIA HF R800 is your best bet. 32x optical zoom, long-range optical image stabilization, and the Digic DV 4 image processor will ensure you can put out fantastic 1080p videos at 60 frames per second. With a price of just over $200 (for now), this is certainly the best value offering for anyone interested in becoming (more) active on YouTube. If you get your lighting right, you'll have no issues with achieving results comparable to those from much more expensive cameras, whereas support for the SlingStudio Livestream / Switcher will allow you to embrace broadcasting without buying a new camera once you feel the time is right. In overall, you're getting what's frankly an amazing value for your money with the Canon VIXIA HF R800.

Canon VIXIA HF R800 Camcorder - $219 (Amazon)
Advertisement
Trusted By Millions
Independent, Expert Android News You Can Trust, Since 2010
Publishing More Android Than Anyone Else
18
Today
96
This Week
377
This Month
4360
This Year
105837
All Time
Advertisement