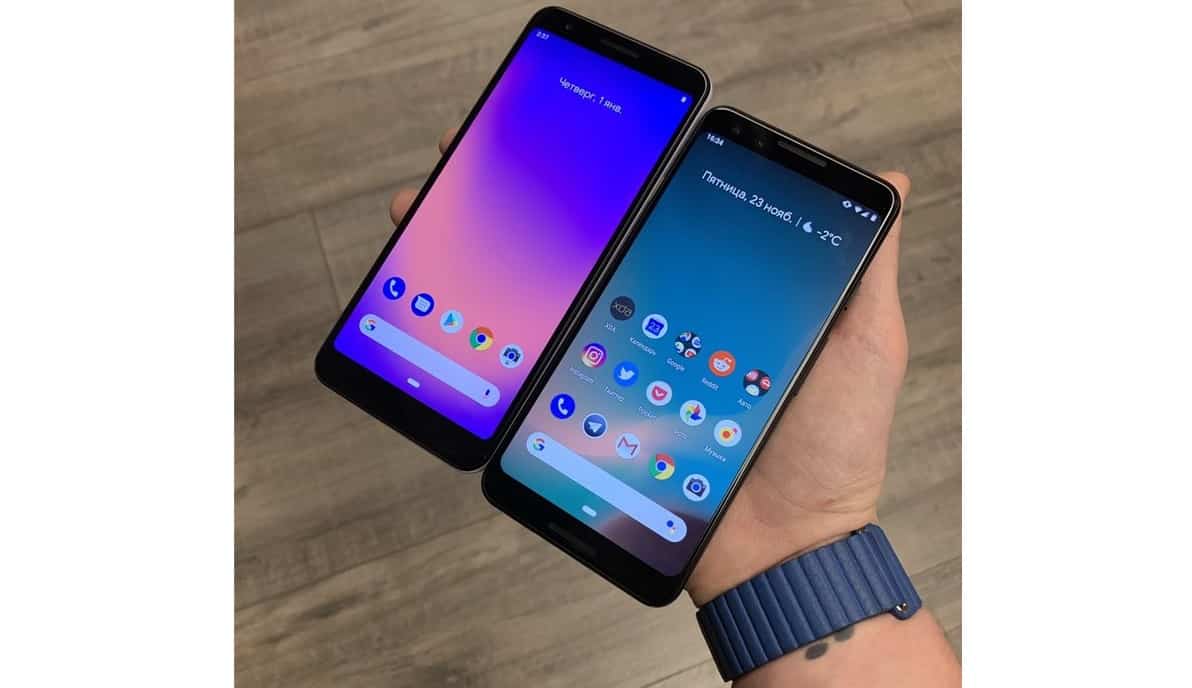 A hands-on photo showcasing the alleged Google Pixel 3 Lite next to the Pixel 3 emerged recently via Chinese media outlet IT Home, highlighting the supposed design similarities between the two models. The Lite-branded device appears to have roughly the same footprint as the Pixel 3, though it looks a bit taller in this photo, with a similar image format, and rounded display corners. Otherwise, the device seems to be missing the lower speaker from the bottom bezel, as well as a secondary front-facing camera. As of yet, it’s unclear whether the Google Pixel 3 Lite is real and if the hands-on photo is legitimate, but this is not the first time the alleged device leaked online.

Background: The Google Pixel 3 Lite or what could be a Pixel 3 knock-off was spotted in a handful of photos shared by a Russian website in mid-November. Likewise, while this latest image was shared by IT Home, the phones’ home-screens and Russian language therein suggest that the comparison image may have originated from a similar, or same source as the gallery shared more than a week ago. Nevertheless, this is the first time when the Google Pixel 3 Lite has been placed side-by-side the existing Pixel 3. More recently, a gallery of photos reportedly shot with the Google Pixel 3 Lite’s camera emerged online via the same Russian source, and according to preliminary but unconfirmed specifications, the device should have an 8-megapixel main camera along with a single 5-megapixel front-facing shooter. The device, which has apparently been codenamed “Sargo” is also said to be powered by Qualcomm’s Snapdragon 670 or Snapdragon 710 chipset, effectively making it a mid-range device. In contrast, the Google Pixel 3 relies on the Snapdragon 845 silicon. The Pixel 3 Lite could also feature 4GB of RAM and 32GB of non-expandable storage, and be driven by a 2,915mAh battery supporting Quick Charge 4+. It was also reported that the unit carries a 5.56-inch display with a resolution of 2,220 by 1,080, up from the Pixel 3’s 5.5-inch panel and 2,160 by 1,080 pixel count, which would explain the taller image format apparent in the leaked hands-on photo.

Impact: So far, Google’s Pixel smartphone series consisted of two variants of every generation, and despite differences in terms of exterior design, display size, and other characteristics such as cameras, they’ve all been a part of the high-end market. In contrast, based on preliminary data the alleged Google Pixel 3 Lite would be the first entry in the series to cater to the mid-range audience, and it’s said to be planned for hitting the shelves for the price of $400-$500. The Google Pixel 3 was released for $799/$899 depending on storage configuration, so the Pixel 3 Lite could be a welcomed addition to the OEM’s portfolio and might help to attract more customers to Google’s ecosystem when it will supposedly launch next year. But nothing has been confirmed yet and most of the information so far seems to be coming from the same sources in Russia, so until more leaked data from other sources corroborates the existing specifications, the legitimacy of the alleged Google Pixel 3 Lite project remains questionable.