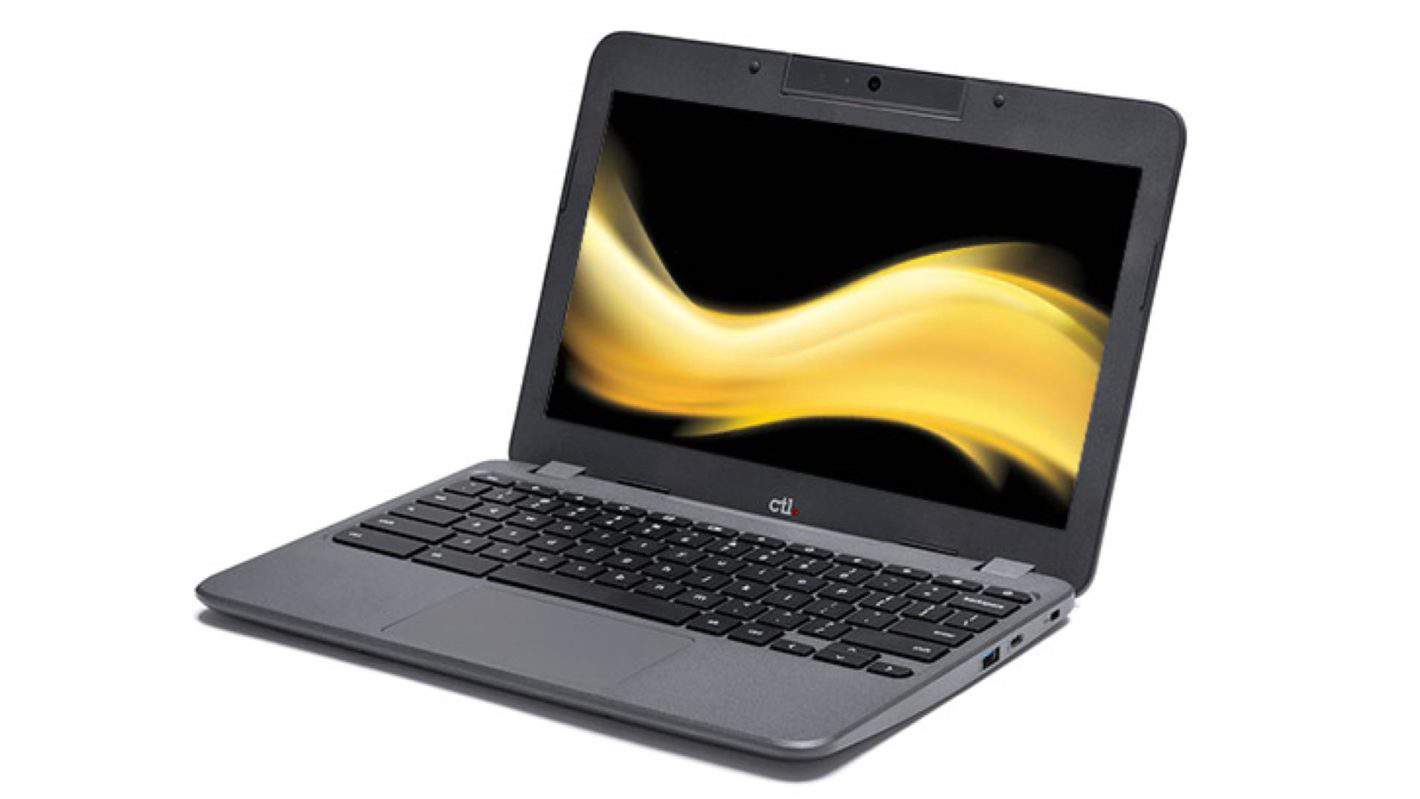 CTL & Sprint are now gearing up to launch a new 4G-connected budget Chromebook, the CTL NL7 LTE Chromebook, based on a new promotion showing on Sprint's business-specific pages. Of course, that doesn't mean the Chromebook in question will only work for businesses. The carrier also notes that it will be a great fit for students to help bridge the homework gap, although no pricing details have been provided just yet. Similarly, there isn't a whole lot of information about what the new Chrome OS gadget will bring to the table on the specs front. However, looking at the image provided by Sprint and a glance at CTL's own product pages reveals that this will likely be a spin-off from the latter company's Chromebook NL7 for Education. The specs that are provided on Sprint's announcement seems to confirm that as well. For the time being the known specs include an 11.6-inch LCD display, 4GB RAM, 32GB of storage, and up to 12 hours of use between charges with LTE turned off.

As mentioned, that lines up well with CTL's other offering. In summary, that means this could but won't necessarily ship with an Intel Apollo Lake N3350 dual-core processor coupled with an Intel 7265 Wi-Fi chip with 2×2 MIMO and BT 4.0 for connectivity. Meanwhile, if the two are specced the same, the display will be set at a resolution of 1366 x 768. There's no explicit mention whether that's a touch-enabled display but ruggedization plays a key role in the design of the CTL Chromebook NL7. The particular device the new LTE-enabled model is most likely based on has been drop-tested up to nearly 2.5-feet and features reinforced hinges and ports. The power plug is designed with the same reinforcement and the entire frame is intended to be shock-absorbent against jarring. The keyboard is water-resistant and has anti-peel keys. There's even a retractable carry handle built into the back edge.

Background: Aside from the link to CTL's previous devices, there may also be a link here to reports of an LTE-enabled 'white label' device spotted in the Chromium Gerrit not too long ago. That device didn't have too many details available at the time but was noted as being a CTL-branded Chromebook in at least one variation. For clarity, a white label device is basically baseline hardware that goes unbranded before being sold by a third-party manufacturer. In this case, the device was codenamed 'BlacktipLTE'. That could implicate further devices built by CTL or other OEMs arriving on other carriers in the future. In the meantime, LTE Chrome OS gadgets are still something of a rarity. The only other example from this year is a Samsung-built Chromebook Plus V2, which is only available on Verizon. That's obviously a much more powerful device, in addition to featuring an iconic S-Pen stylus and touchscreen display at a higher resolution and with an all-metal frame. However, the purpose of Sprint's CTL-branded Chromebook seems to lean toward business-specific and education-specific uses in a rugged design, while Samsung's device is really more well-suited for media and entertainment.

Impact: With that said, even though the Sprint side of the apparent partnership is up and ready, with Sprint's page indicating that it's ready to take on customers who own the device, CTL's pages don't show the device just yet. So it isn't really possible to know, at least for now, whether or not the new Sprint LTE-enabled CTL Chromebook NL7 utilizes exactly the same design and specs as the prior NL7 model or the final price. In the meantime, Sprint is offering unlimited LTE data on its network and the price for that is planned to be set at $15 per months. The above-mentioned CTL Chromebook NL7 for Education sells for $239 as of this writing and ordinarily is priced at right around $279. So it's not unlikely that the LTE variation will be similarly priced, if somewhat more expensive due to the LTE hardware.