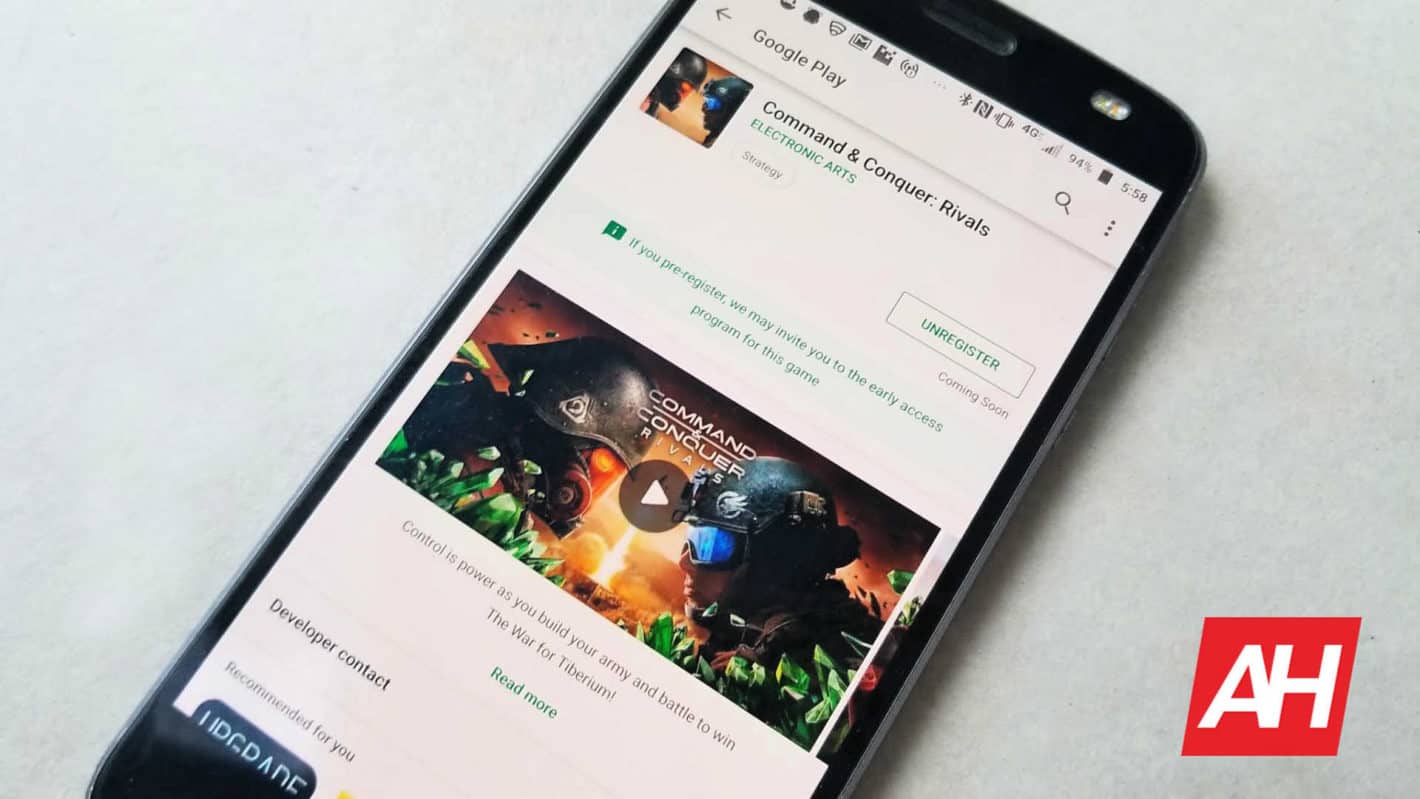 Electronic Arts' long-running Command and Conquer series is finally making the jump to mobile with Command and Conquer: Rivals, available from December 4 and already up for pre-registration in the Google Play Store. The game promises to bring the series' hallmark twist on the real-time strategy genre to Android gamers; just as in the full-fat entries in the series, players will be able to maintain full control over every single unit on the field during the entire battle, meaning battles can turn around in the blink of an eye, and clever players can turn the tide of conflict through smart manipulation of a single unit. The whole game, as always, revolves around not just decimating enemy armies with your own, but also controlling powerful large units like vehicles and beasts, in your quest to gain command of an enemy base or another objective, or sometimes simply destroy it. EA is apparently quite confident in this game; the company hopes to use it to kick off a new competitive gaming franchise for Command and Conquer, starting with this title.

Background: Players can expect to see many of the same tropes that make the normal Command and Conquer games so great show up here. Endless possibilities is the name of the game, and you can change up your tactics in a matter of seconds to adapt to the changing flow of battle. There are tons of different unit types, ranging from powerless foot soldiers to massive sand worms that can swallow up enemy tanks like morsels. Using each and every one of those units effectively, which doesn't necessarily always mean as they're designed, is the key to victory. Your base and the enemy's sit on massive battlefields that you'll both fill with vast armies. Some of those battles will depend on obliterating all of your enemy commander's soldiers, while others will be more strategic battles, fought to reach an objective or to distract the enemy while you sneak in a single unit to take control of critical facilities. The game will feature real-time PvP, along with a ranking system that ensures that nobody is ever completely outclassed in an online match. There will also be a weekend mode called Rivals Champions, inspired by the similarly named competitive game mode found in the company's beloved FIFA games.

Impact: The beloved series making its way to mobile is substantial in and of itself, but EA's decision to start up an entirely new competitive gaming franchise based on this mobile entry is arguably an even bigger deal. This not only means that EA is sure this game will succeed, but also that the company is looking to jump into the burgeoning mobile esports arena in a big way. Since the game isn't out yet, only time will tell just how good of a bet the company has made, and how its entry into mobile esports will affect the space. It won't be too long before news and impressions start coming out; the company is running a pre-alpha test of the game, and anybody who pre-registers is eligible to potentially be selected.